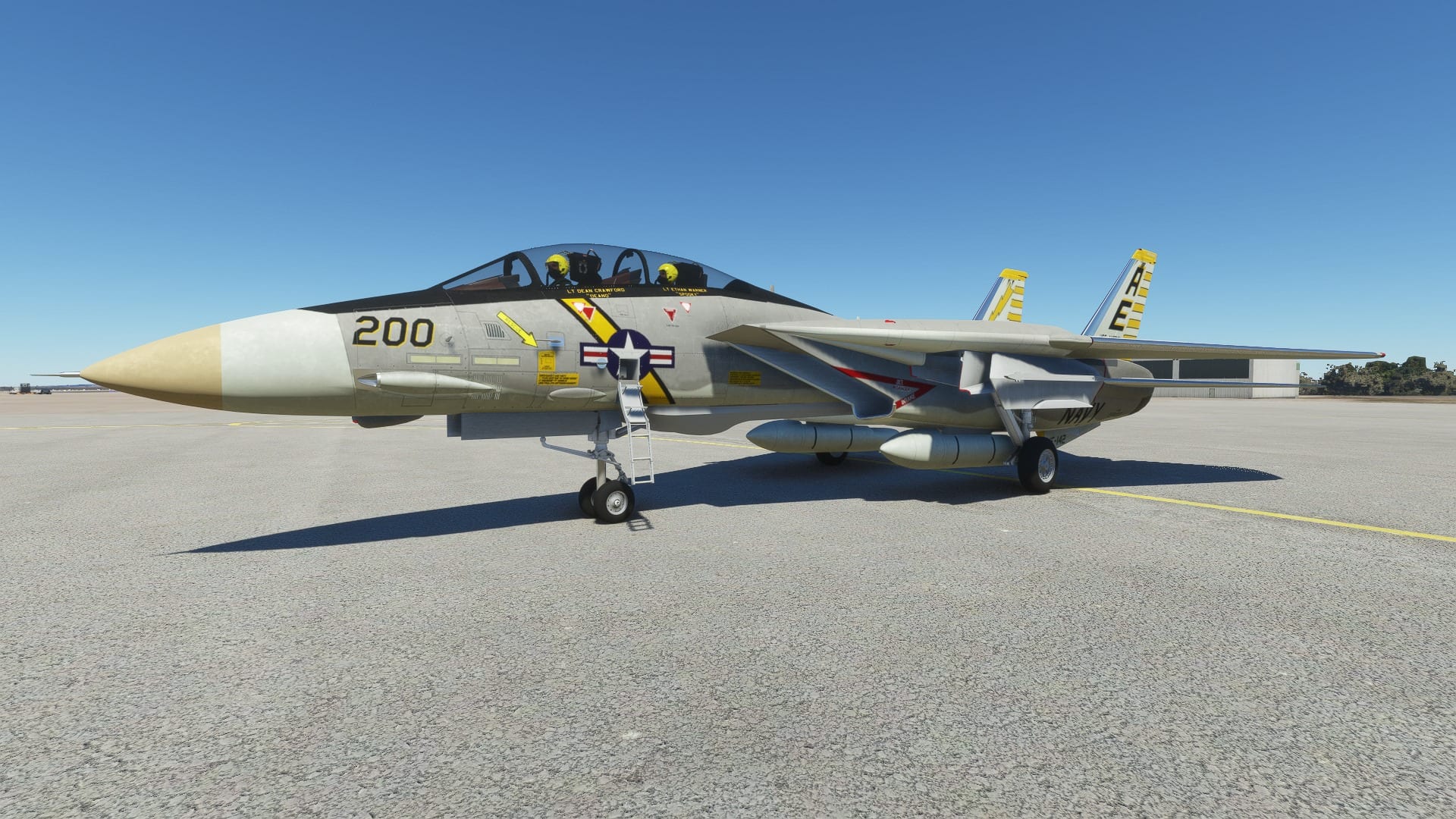 Today FlyingIron Simulations released its Spitfire L.F Mk IXc. It’s currently available in the developer’s own store for about $27.

You can check out a quick trailer below.

Next is the upcoming F-14 Tomcat by DC Designs, which got new screenshots showing work done with Microsoft Flight Simulator’s advanced decals system.

We also get a development update.

“After last week’s epic 80s-themed post, it’s time to get down to the nitty-gritty of developing an aircraft specifically for Microsoft Flight Simulator. The F-14A Tomcat is now the main development project here at DC Designs, and over the course of the past week, I’ve been experimenting with one of the new simulator’s most celebrated new features: decals. I know, it’s so exciting.

And it actually is, when you realize what can be achieved. A lot of other developers have focused on what can be done with rivets, panel lines, and so on, but one of the things I feel certain folks will want with an F-14 is customization – the ability to make the crew and aircraft feel as though it’s truly their own. To this end, the F-14s now already have fully customizable crew names on the canopy sill, call-signs, helmets, crew faces, flight suit patches, and flight suit name tags, meaning that you can customize your F-14 to match whatever squadron, name of the person you should wish to crew it. In addition, the RIO has their own set of decal textures for the same purpose, meaning that when two-crew on-line flying comes to MSFS, you’ll not only be sitting in your respective seats, you’ll see yourself inside the aircraft. Additionally, crews have animated heads, visors, and oxygen masks – flip a switch, and visors are raised. Flip another, and the oxygen masks are un-clipped on one side to hang down, revealing the full faces of the crews.

For the aircraft itself, I initially thought that building rivets and panel lines as decals would be tedious and almost pointless – I mean, how close do people generally get to their flight sim aircraft? I could not have been more wrong. Decals look pin-sharp even up-close, rivets are perfect, warning decal texts are readable from inches away. The Tomcat already looks outstanding and I haven’t even really started in yet with normal maps, metallics, or anything of that nature.

There are a few limitations to bear in mind: the Tomcat wore hundreds of different liveries in its career, and so it’s not practical to include decals for literally everything – they are being used for lines, rivets, crew names, grills, and vents plus all standard warning signs. For squadron markings, the standard background textures will be used. Obviously, there is a slight difference in resolution, but it’s not bad at all as the background sheets are all 4K for the externals. The F-15 Eagles used the old method at 4K and look great ( I think ) so the Tomcats really look awesome.

Liveries are being worked on, but so far the F-14A will definitely have VF-84, VF-142, and VF-41, the first two of which are CAG birds, while the B model will have its pick of three more. I may complete more liveries by the time I’m ready to launch and will include a grime layer in the paint-kit as Tomcats often looked pretty grubby while on cruise. ( The Maverick and Goose scheme will not be included for obvious copyright reasons, images are included here just to show what’s possible with the set-up I’m creating).”