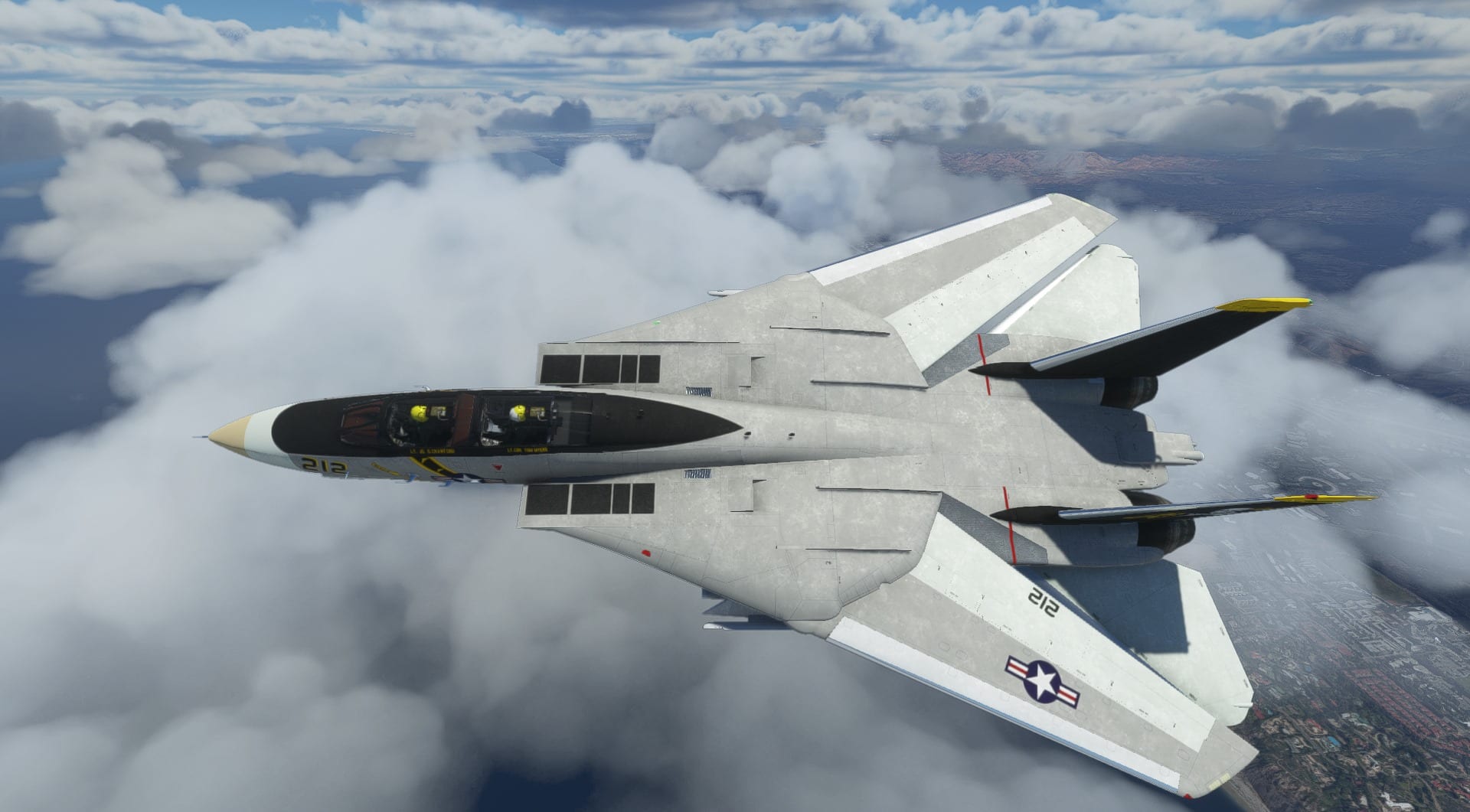 While Microsoft Flight Simulator isn’t specifically built for fighter jets, third-party developers are still working hard to provide for those who crave the military flying experience.

First of all, we get an update about the F-14 Tomcat from DC Designs. Development on this is well underway and the package will focus on the A and B models of the classic Navy fighter.

We also hear more about what we can expect.

“I’m planning some novel details such as customizable crew helmets, flight-suit patches and names ( upon the sides of the canopy frame ), fully operational variable-geometry with manual, auto, and over-sweep modes, compressor-stalls in the “A” model for those who don’t fly it well, and of course realistic engine configurations for each version to make them distinct aircraft in their own right. A full, custom WWise sound pack for both engine types will accompany the launch this time around, rather than following on afterward. As with all my products, the Tomcats will come with a detailed manual and paint kit so all of those countless color schemes can be recreated across both aircraft types.”

Next comes from IndiaFoxtEcho, that provided a screenshot of the F-35 Lightning II.

Unfortunately, the simulator doesn’t include many of the military-dedicated systems that the developer would like, but work is ongoing. Yet, we should not expect a release any time soon. The developer expects that it’d take 3-4 months to complete, but the wording of the announcement seems to be iffy on whether the aircraft will actually be released due to the lacking systems.

We’ll have to wait and see.

Last, but not least, it’s a video of the options menu for the upcoming TF-104G Starfighter by SimSkunkWorks.