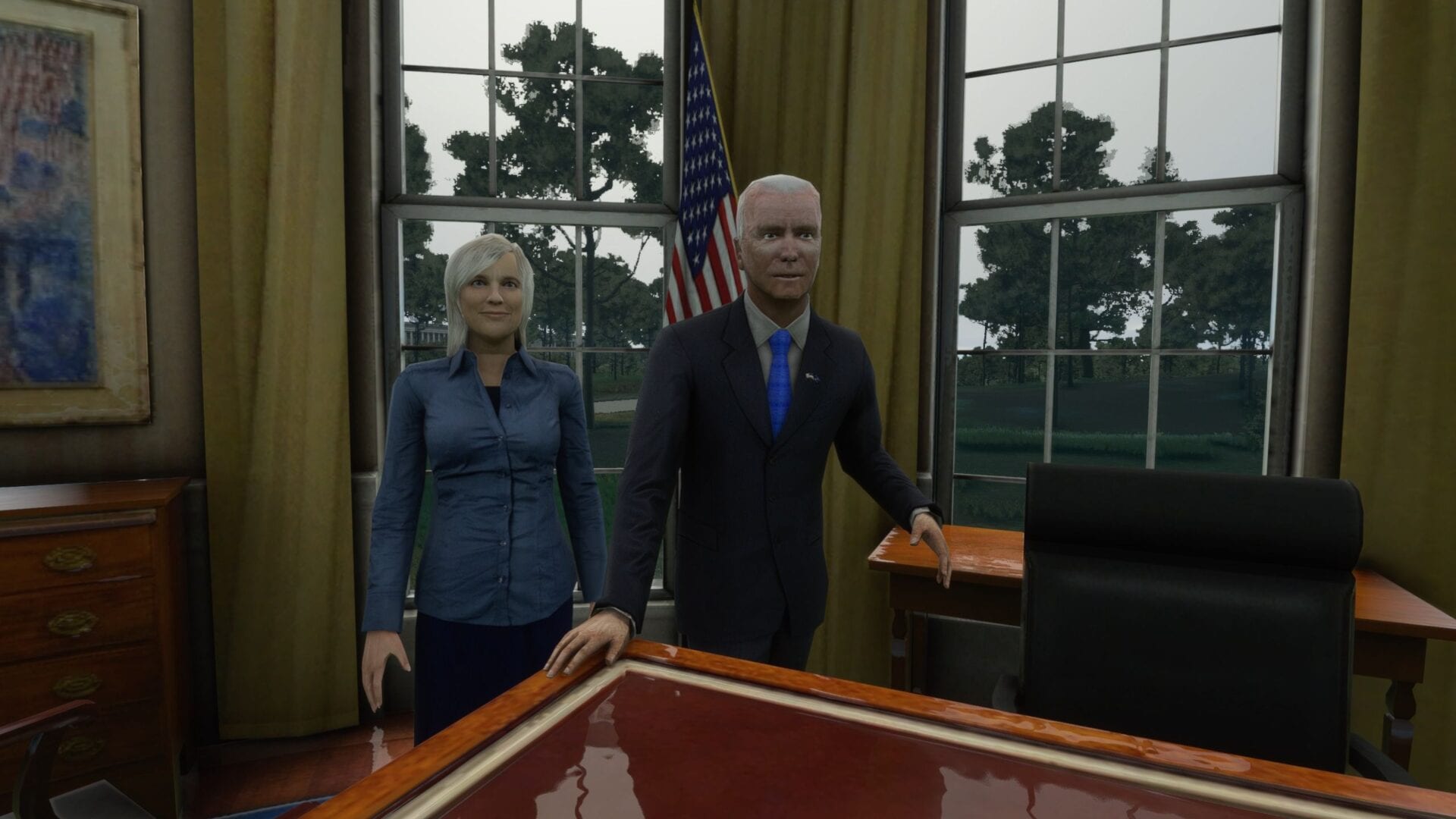 Some Microsoft Flight Simulator third-party add-on developer like to go very deep into the rabbit hole of details when creating their scenery, and Drzewiecki Design is certainly one of them.

When the developer released its Washington add-on, it included a fully modeled Oval Office at the White House, and inside you can find former President of the United States Donald Trump, former vice President Michael Pence, and First Lady Melania Trump.

Today, that scenery add-on has been updated, and alongside new monuments like the Tomb of the Unknown Soldier, the Martin Luther King, Jr. Memorial, and the D.C. War Memorial, the inhabitants of the White House have changed.

While most won’t see them during normal operations, if you manage the challenging feat of landing a light plane on the White House’s lawn (I guarantee it can be done. Just check out the video) and peek into the Oval Office, you’ll notice that President Joe Biden, Vice President Kamala Harris, and First Lady Jill Biden have all gotten used to their new accommodations.

Of course, you can simply take the easy way out and use the drone camera to take a look. It’s a lot easier than landing on the lawn while clipping tree branches and dodging Marine One.

You can see what the Oval Office looks like now, and what it used to look like in the gallery and video below.

Am I the only one who thinks they missed a chance to add a certain meme representation of Bernie?

Recently, we published our massive interview with Jorg Neumann himself, who provided a lot of new info about the present and future of the sim. Yesterday, we also got to hear more, including a trailer for World Update 4 which will feature France and Benelux.