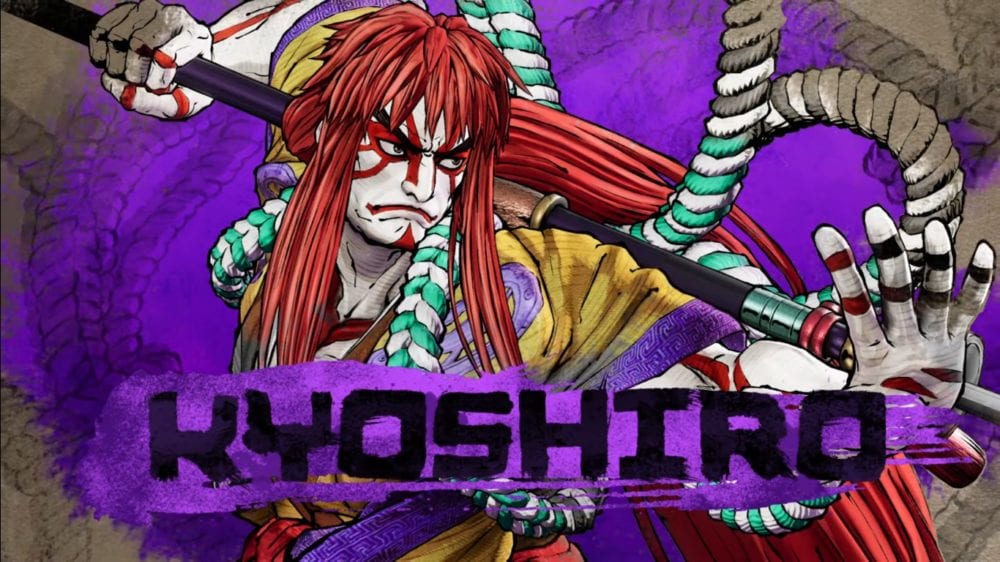 The trailers focus on two returning characters from the past of the franchise, Kabuki master Kyoshiro Senryo and quintessential ninja Hanzo Hattori.

Funnily, Hanzo was the first character I tried to main back on the original Neo Geo CD, before realizing that he was way too hard for me, and moving on to Galford.

If you want to see more, recently SNK released an extensive gameplay video focusing on new character Wu-Ruixiang and Ukyo Tachibana, while just a few days ago we saw the reveal of the first DLC character, Rimururu, the trailer featuring Galford, the one featuring Jubei, and the trailer for Earthquake.

The game will release in the west for PS4 and Xbox One in just a few days, on June 25, two days earlier than the Japanese launch.