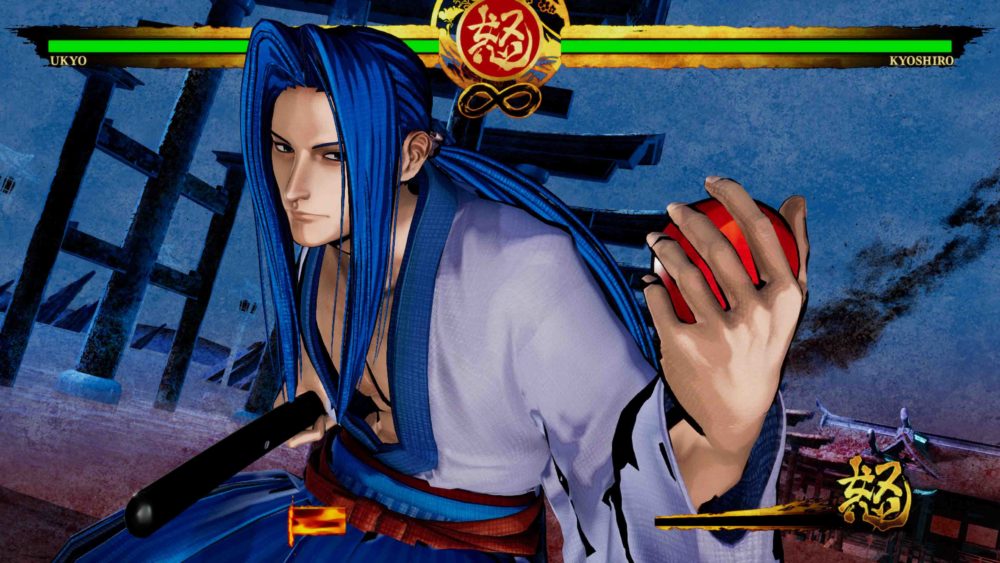 The screenshots feature ancestral series’ fighter Ukyo Tachibana, who is making a comeback in the new game.

Ukyo is a Iaijutsu master ill with tuberculosis, which gives him very little left to live. He is traveling in search of the “ultimate flower” to gift to his beloved. Despite his sickness, his sword arm hasn’t weakened.

As an interesting note, he actually died in Samurai Shodown 64: Warriors Rage, but fighting game characters never truly die, do they?

You can check out the screenshots below, and see him in action in a trailer from yesterday.

As a bonus, SNK also released the recordings of the two performances from the livestreamed show hosted a few weeks ago. You can enjoy those at the bottom of the post.

If you want to see more, you can also enjoy the previous trailer showing off new character Darli Dagger and a batch of screenshots focusing on her as well. We also recently saw a video showcasing Nakoruru, and another featuring the new characters.

Samurai Shodown releases in Japan on June 27 for PS4 and Xbox One, with PC and Switch versions coming in winter 2019. Interestingly, the western website of the trailer still list only “June” as a release window, but unless SNK is going to launch the game earlier in North America and Europe, it can’t really be that far from the Japanese launch. There are only three days in June after the 27.