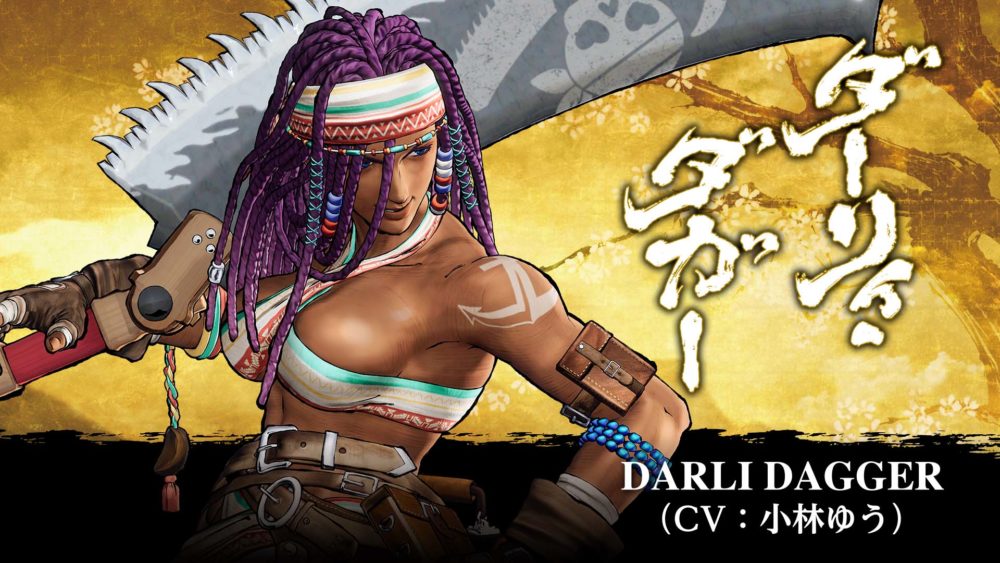 The images feature one of the new characters who will be introduced with this new game, Darli Dagger, alongside her most spectacular moves.

To be more precise, she is one of three new characters introduced in Samurai Shodown, with the other two being Wu-Ruxiang and Yashamaru Kurama.

Darli is a shipbuilder trained in the use of all kinds of tools. She grew up on an island where carpenters taught hers the skills required to build all sorts of things and pirates are taught her the ways to protect herself and to survive. She is currently building a ship that she says will be unsinkable, no matter what happens.

You can check out the screenshots below, and you can see her in action in the trailer released yesterday.

If you want to see even more, you can also enjoy the previous trailer showcasing Nakoruru, and another featuring the new characters. We also recently saw new screenshots and art.

Samurai Shodown releases in Japan on June 27 for PS4 and Xbox One, with PC and Switch versions coming in winter 2019. Interestingly, the western website of the title still lists only “June” as a release window, but unless SNK is going to launch the game earlier in North America and Europe, it can’t really be that far from the Japanese launch.