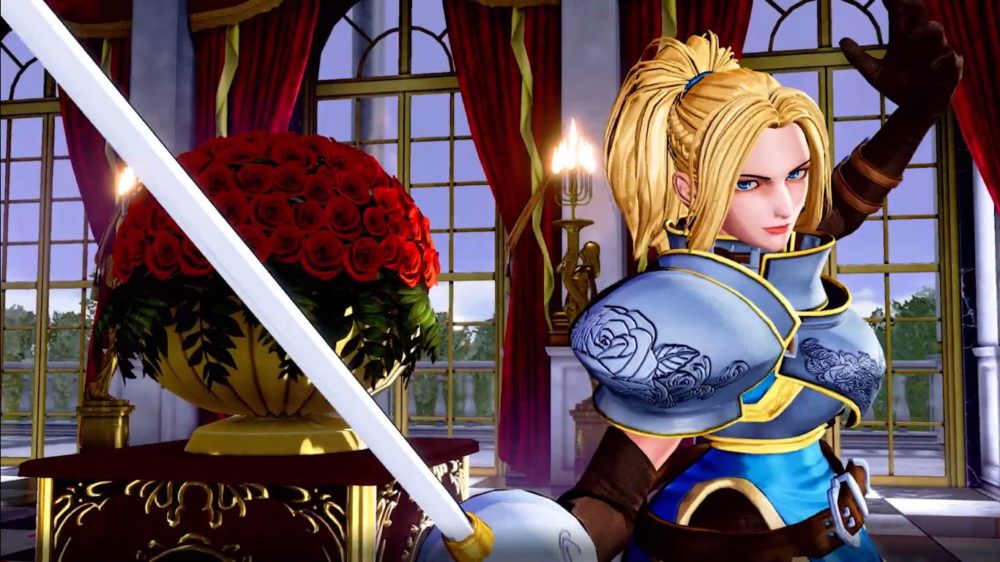 This time around we get a returning character and the spotlight is on Charlotte, the beautiful and lethal french swordswoman inspired by Versaille no Bara’s ultra-popular protagonist Oscar.

She hasn’t been in every Samurai Shodown game despite having debuted in the original title, so it’s nice to see her coming back in this new and shiny guise.

If you want to see more, you can also enjoy the previous trailer focusing on Shiki and a few of her images, another showing off Ukyo Tachibana and a gallery of his screenshots, another video showing off new character Darli Dagger and a batch of screenshots focusing on her as well. We also have a video starring Nakoruru, and another featuring the new characters as a whole.

Samurai Shodown releases in Japan on June 27 for PS4 and Xbox One, with PC and Switch versions coming in winter 2019.

Incidentally, the western website of the trailer still list only “June” as a launch window, but unless SNK is going to release the game earlier in North America and Europe compared to Japan, the date can’t be that far off. There are only three days in June after the 27th.