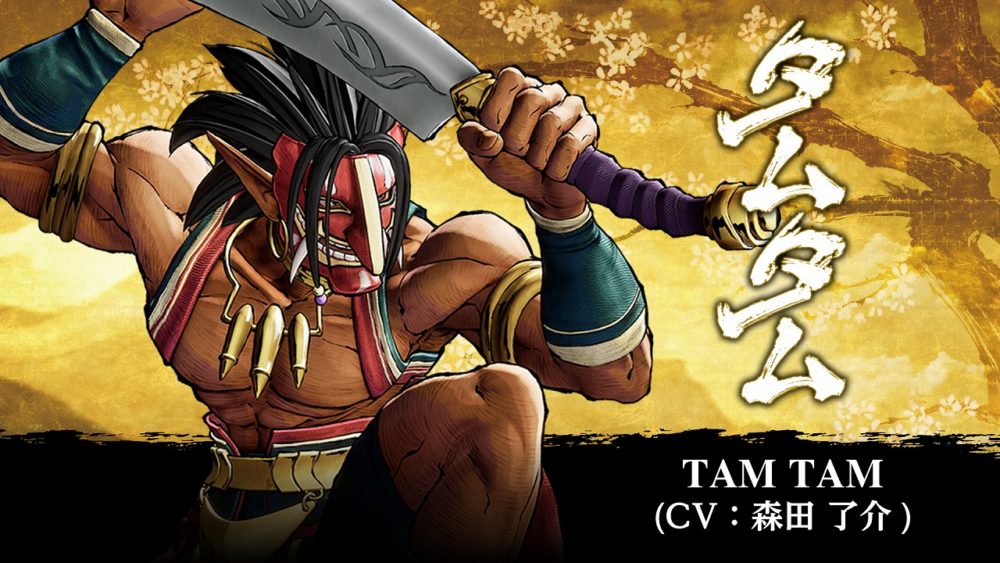 This time around we get to see more of Tam Tam, a warrior from a South American village aptly named Green Hell who is normally kind and loving. Yet, as soon as his village (and his beloved little sister) are in danger, he wears his divine mask and prepares to wreak havoc on the invaders.

Incidentally, his moves appear to be quite bloody, thanks to his wicked Henge Hange Zange blade.

If you want to see more, you can also enjoy Tam Tam’s own trailer, another trailer featuring the new character Yashamaru Kurama, another for Yashitora, a pair of trailers featuring Haohmaru and Genjuro alongside the former’s dedicated screenshots, another video showcasing Charlotte and a bunch of her screenshots, a video focusing on Shiki and a few of her images, another showing off Ukyo Tachibana and a gallery of his screenshots.