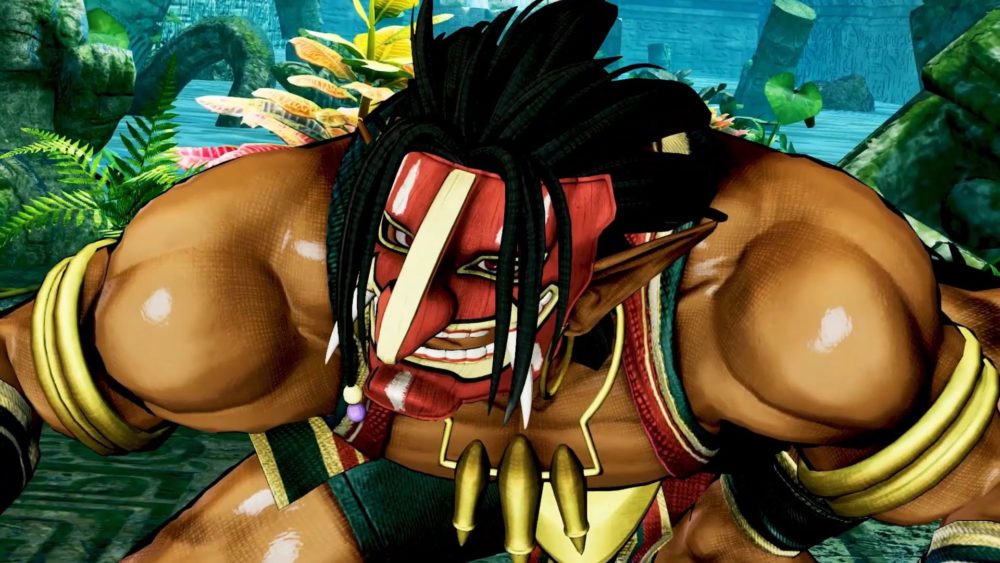 This time around, we get to take a better look at one of the returning characters who will grace the game, Tam Tam.

If you’re unfamiliar with him, you can read an official description below.

“Welcome Tam Tam, a warrior from a South American village called Green Hell (hmmm, ominous). As a kind-hearted young man with strong family bonds, he enjoys peace and spending time with his little sister. But when danger comes knocking, Tam Tam straps on his divine mask to unleash a unique fighting style that incorporates his massive stature and signature Henge Hange Zange blade. When his community is in danger, Tam Tam is always ready – making him his village’s greatest warrior and hero.”

Just a few weeks ago we learned that the game will release in the west for PS4 and Xbox One on June 25, two days earlier than the Japanese launch.

If you want to see more, you can also enjoy a trailer featuring the new character Yashamaru Kurama, another for Yashitora, a pair of trailers featuring Haohmaru and Genjuro alongside the former’s dedicated screenshots, another video showcasing Charlotte and a bunch of her screenshots, a video focusing on Shiki and a few of her images, another showing off Ukyo Tachibana and a gallery of his screenshots.