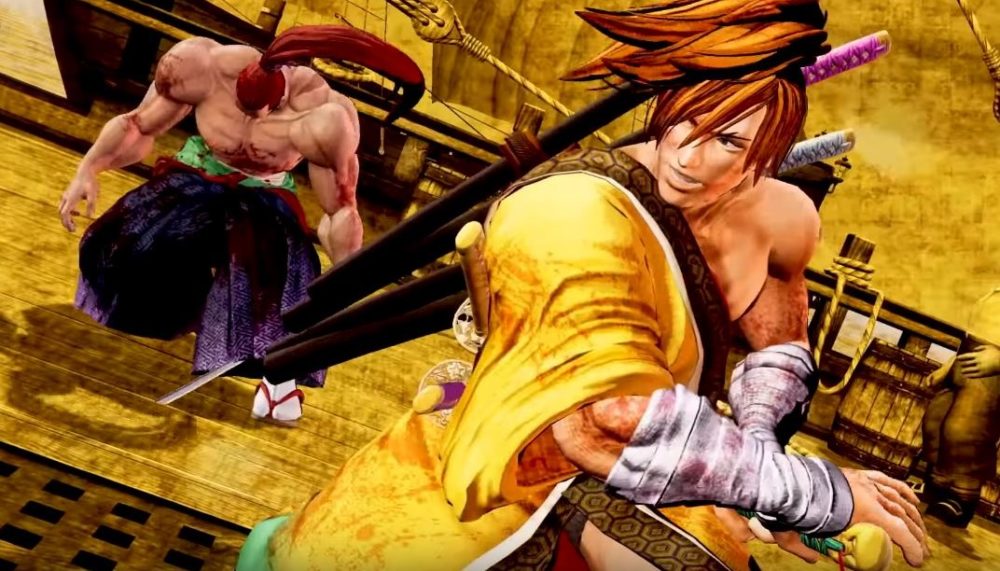 A flashy new trailer has been shown today for Samurai Shodown showcasing a returning character from the series, Yoshitora.

The trailer comes from Alex Acosta’s YouTube channel, a fighting game player who says he was given permission by SNK to release this trailer on his channel.

Yoshitora seems to be quite the formidable warrior as he utilizes multiple samurai swords against his opponents in a flurry of fast attacks and strikes.

The seven swords Yoshitora wields are all named after women in the lore of Samurai Showdown such as Yugao, Tsubaki, Asagao, Botan, Nadeshiko, and Shirayuri, though one of his blades is named after his first name as well.

His play style seems to revolve around quick strikes with multi-hitting properties with long hit-stun animations which really give the impression of huge impacts.

Yoshitora first appeared in Samurai Shodown 5. He was the warrior next in line to inherit the shogunate rule in Japan, though he was reluctant to accept the role given to him as his hobby of womanizing is something he didn’t want to give up.

Samurai Shodown is set to release on June 25th, 2019 for PlayStation 4 and Xbox One with PC and Nintendo Switch ports of the game coming later this year.

Feel free to view the trailer of the newly revealed fighter below:

For more information about Samurai Shodown, feel free to check out the last character trailer for newcomer Yashamaru Kurama. If you want to see more we also have two trailers showcasing Haohmaru himself and Genjuro, another trailer showcasing Charlotte and a bunch of her screenshots, a video focusing on Shiki and a few of her images, another showing off Ukyo Tachibana and a gallery of his screenshots.

If you haven’t yet watched the initial gameplay teaser trailer for the game, we got you covered.