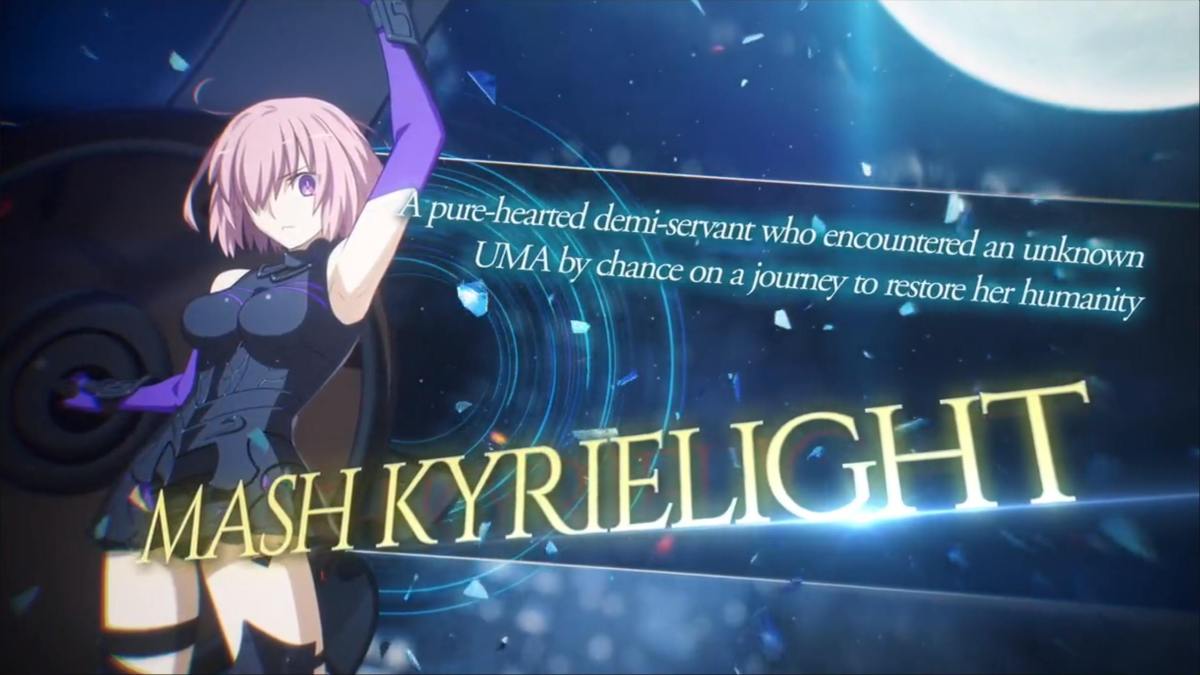 We get to take a look one of the two DLC characters coming for free tomorrow, August 19, the servant Mash Kyrielight straight from the Fate series.

We already know that the other character coming at the same time is Neco-Ar and we’re also getting a very extensive update.

You can watch the videos below, as Mash Kyrielight fights against Saber.

Melty Blood: Type Lumina was recently featured among the main events at EVO 2022 less than a year after its release, carrying the flag of more niche anime fighting games alongside Granblue Fantasy Versus.