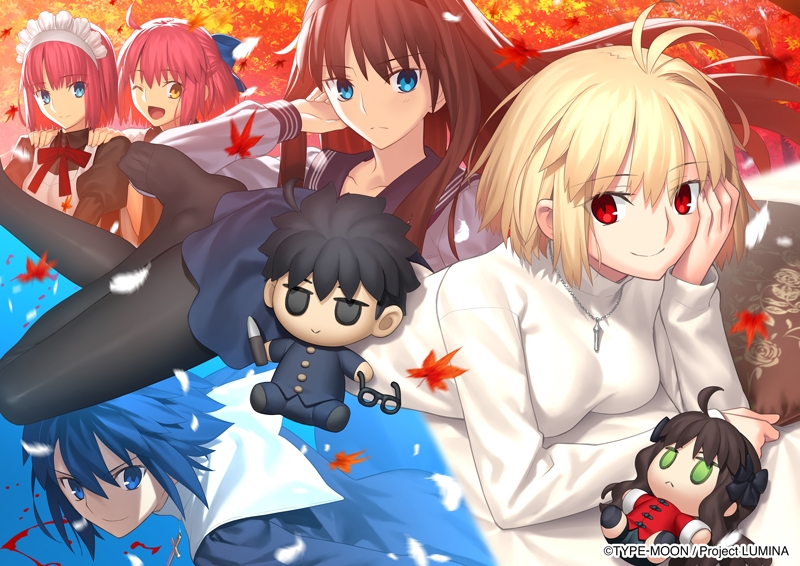 Today Type-Moon had some interesting news to share about its upcoming games, Melty Blood: Type Lumina and Tsukihime: A Piece of Blue Glass Moon.

First of all, we get to see the announcement of a new character that will join the roster of Melty Blood: Type Lumina, and it’s Miyako Arima. She is the first to be announced of another five.

You can check her out in the trailer and screenshots below, alongside an official description.

The eldest daughter of the Arima branch family, which took Shiki in as a child. Currently in the fifth grade, she sees herself as Shiki’s other sister.

Her feelings are easy to see as she always wears her heart on her sleeve. She unabashedly adores her kind, quiet older “brother”, but whenever he is near, she becomes so nervous she can barely speak. This continued for many years until Shiki was suddenly called back to the Tohno family, and Miyako did not take the news well.
She learned bajiquan by observing others in her family’s dojo, though it now sits unused.

Although she was nowhere near the skill of a true martial artist, her abilities quickly flourish in the ensuing battles. Her destructive powers make it hard to believe she is only 11 years old.

Next is Tsukihime: A Piece of Blue Glass Moon, of which we have seen new PS4 gameplay, including the return of the “Teach Me, Ciel-sensei!” skits.

Incidentally, we learn that the game will get a day-one patch to improve the UI and fix a few issues like text display and timing

Melty Blood: Type Lumina will release worldwide on September 30, 2021, for PS4, Xbox One, Switch, and PC via Steam. you can check out the original announcement, an earlier trailer, plenty of screenshots, the introduction of Shiki Tohno, that of Kouma Kishima, the video focusing on Arcueid Brunestud,  the trailer showcasing Ciel, the promotion video for Akiha Tohno, the video focusing on Hisui, one on Kohaku, and one showing off their tag team.

Tsukihime: A Piece of Blue Glass Moon, will launch in Japan for PS4 and Nintendo Switch on August 26, 2021. If you want to see more, you can watch the original trailer, more screenshots, and the latest trailer focusing on Ciel’s route. A localization has not been announced.