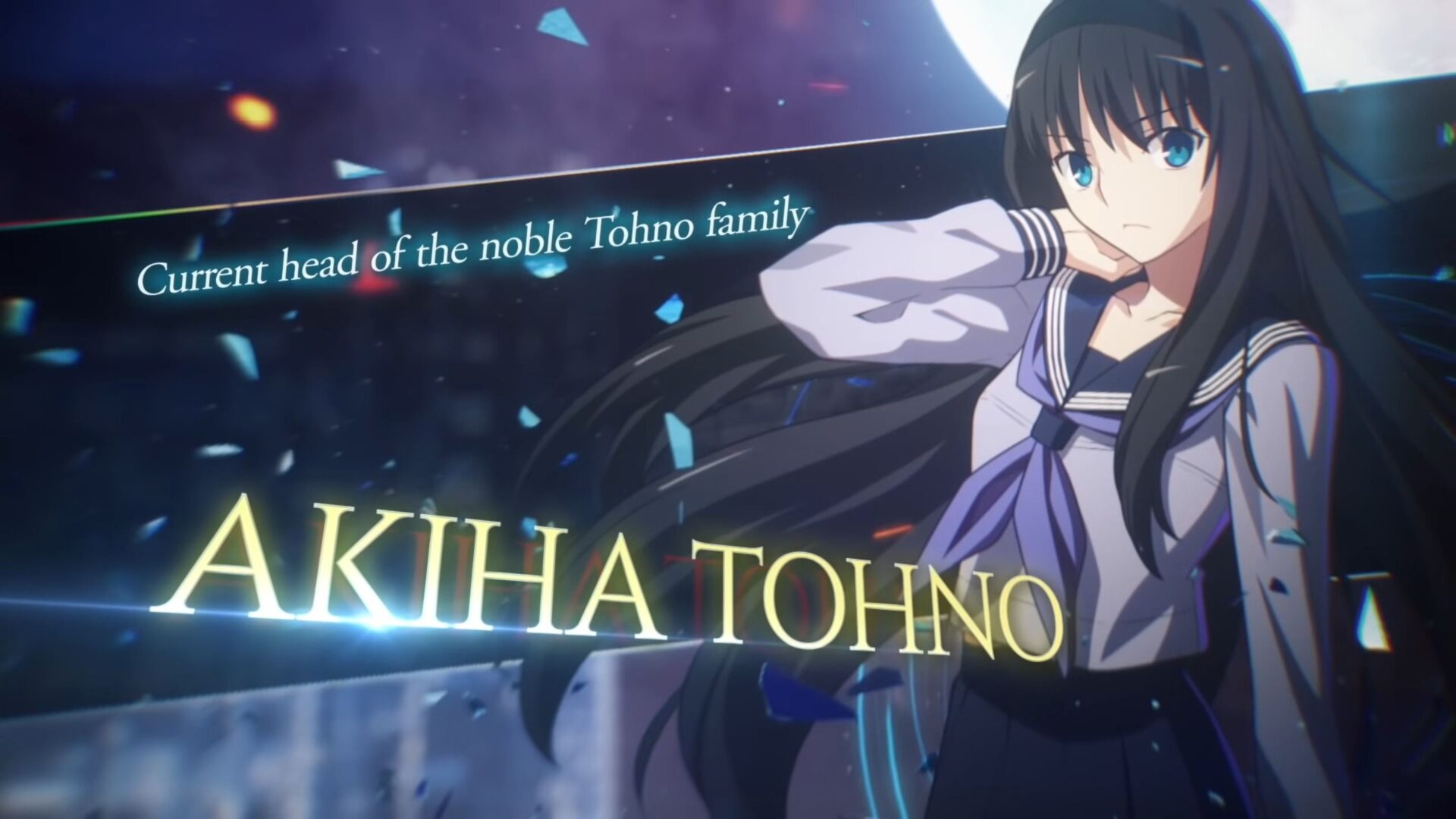 The trailer focuses on one of the playable characters, Akiha Tohno, showing her in gameplay action alongside her powerful moves.

After the death of her father, she inherits the role of leader of the Tohno family, a distinguished house in Souya.
One year younger than her brother Shiki, she arranged for his return from the Arima family.
Her flawless etiquette and bearing perfectly epitomize the daughter of a noble house.
She is strict even on herself, rejecting such things as modern-day amusements and frivolity.
Because of her prideful and strong-willed nature, many find her difficult to approach.
Sensing a mysterious presence in her town, and determined to uphold the Tohno family name, she sets off into the night to investigate…

Melty Blood: Type Lumina will release worldwide on September 30, 2021, for PS4, Xbox One, Switch, and PC via Steam. you can check out the original announcement, an earlier trailer, plenty of screenshots, the introduction of Shiki Tohno, that of Kouma Kishima, the video focusing on Arcueid Brunestud, and the trailer showcasing Ciel.