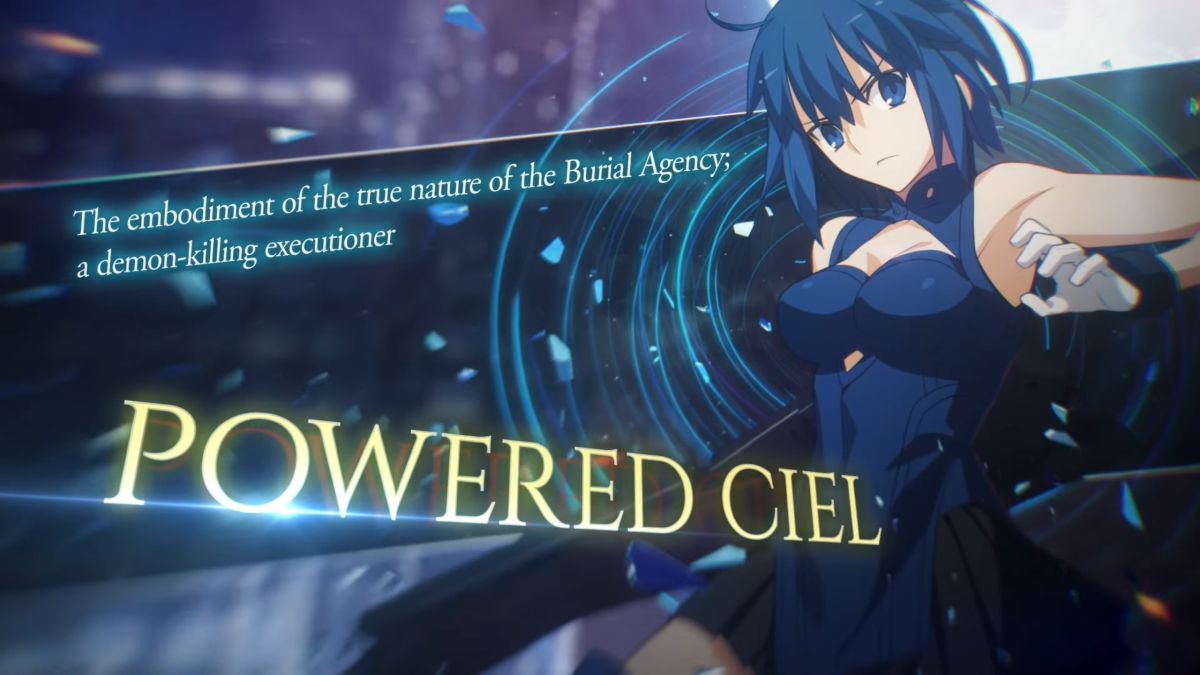 Those are Powered Ciel and Mario Gallo Bestino. They were announced during the Japanese official tournament hosted today.

Each character will come with their stage and story mode.

On top of the characters, we’re also getting a free update that will include five new colors per character and palettes for the Color Customize mode, on top of balance adjustments and tweaks of various systems.

The release date for the whole package is April 14.

You can see trailers and official descriptions for the two new characters below.

Ciel, outfitted to face the twenty-seven Dead Apostles and enemies in the same class,using the conceptual weapon “Seventh Holy Scripture” broken down into individual causes of death.

Perhaps due to her specialization in destroying heretics, she is even more cold and unforgiving than usual.

An Acting Prelate of the Holy Church.
A pretty boy with blonde hair and fair skin, Mario tends to dress casually. Although he may not appear so, he holds a position of great responsibility while still in his early teens.