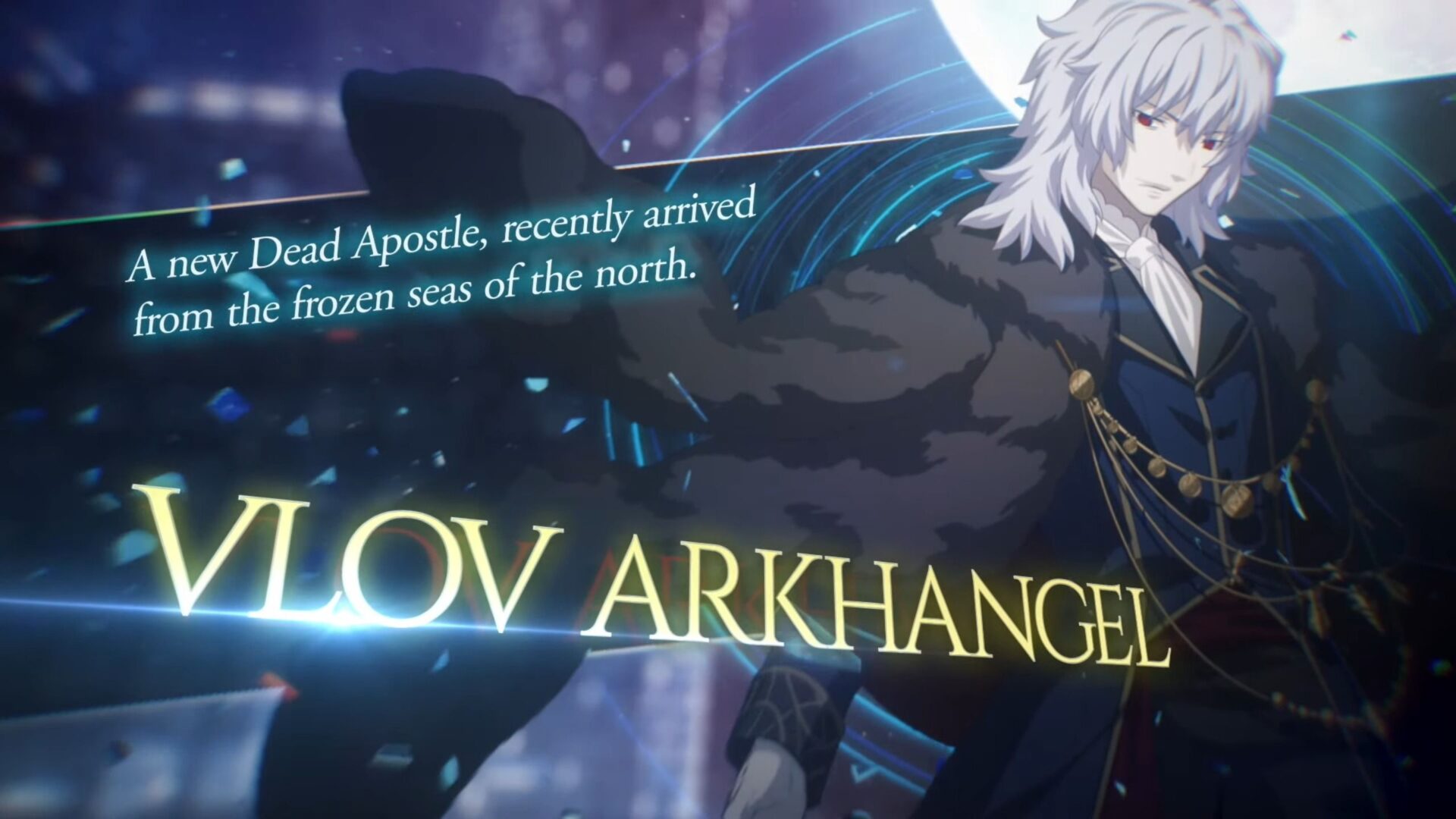 The trailer focuses on a brand new playable character who will appear in the game named Vlov Arkhangel. He was first introduced in the newly-released visual novel remake Tsukihime: A PIece of Blue Glass Moon.

Below you can read how Type-moon officially describes Vlov.

For some reason, this Dead Apostle from the frozen lands of the far north has arrived in the city of Souya.
Vlov is already starved of warmth and must feed on blood for heat, which he can then consume in order to create flames.

In battle, he can switch from Flame Mode to Ice Mode when in danger.
In this mode, Vlov’s abilities expand exponentially, granting him nearly unrivaled strength.

We also got two gameplay videos featuring matches between Shiki and Ciel, more showing Akiha versus Arcueid, and one featuring Hisui vs. Kohaku.