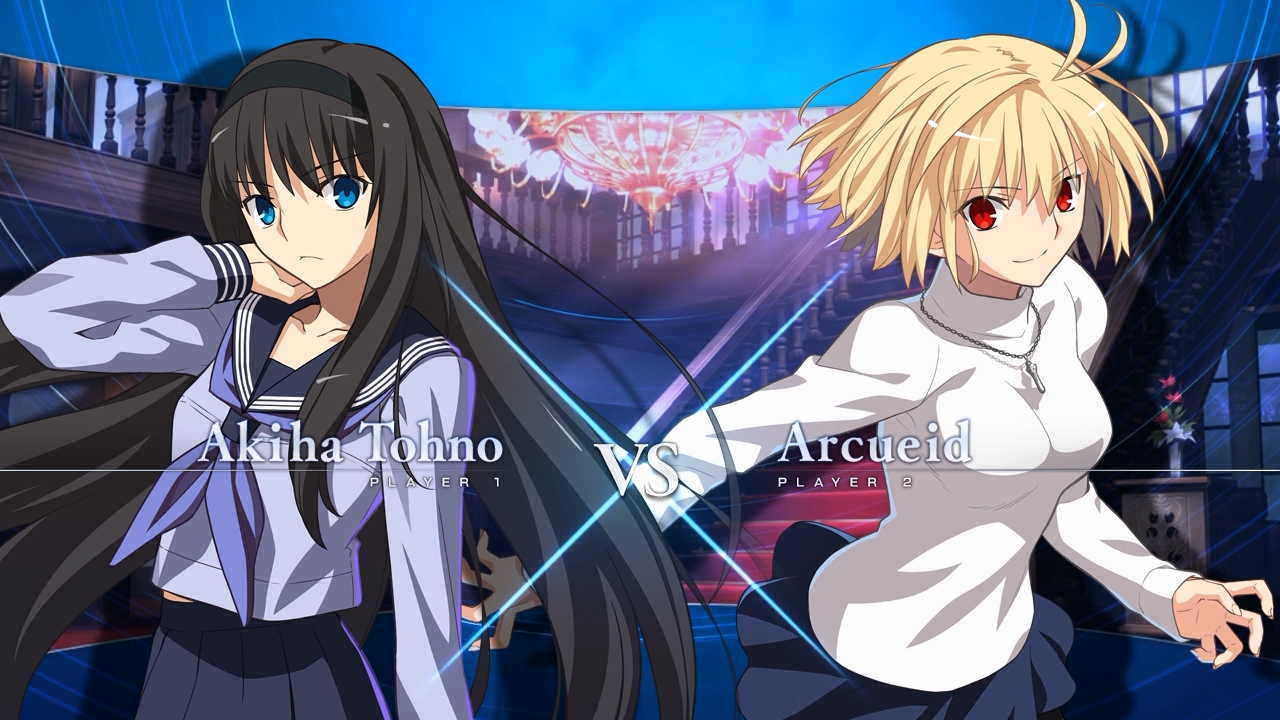 The trailer focuses on showing a match between Arcueid Brunestud and Akiha Tohno. This time around, unlike the previous trailer, Arcueid is the one winning this catfight.

“After the death of her father, she inherits the role of leader of the Tohno family, a distinguished house in Souya.
One year younger than her brother Shiki, she arranged for his return from the Arima family.
Her flawless etiquette and bearing perfectly epitomize the daughter of a noble house.
She is strict even on herself, rejecting such things as modern-day amusements and frivolity.
Because of her prideful and strong-willed nature, many find her difficult to approach.
Sensing a mysterious presence in her town, and determined to uphold the Tohno family name, she sets off into the night to investigate…”

“A royal member of the vampire race known as the True Ancestors.
After suffering through a traumatic event, a naively innocent side of her was somehow released.
She now lives as a free-spirited, almost childish, princess.

She is incredibly powerful and, despite being a vampire, is able to survive in direct sunlight.
She has no desire to threaten human society, instead hunting other vampires known as Dead Apostles.
While pursuing her greatest enemy, she arrives in Souya, where Shiki lives.
Although a fateful encounter awaits her and Shiki here, a story of an earlier possibility is about to unfold.”