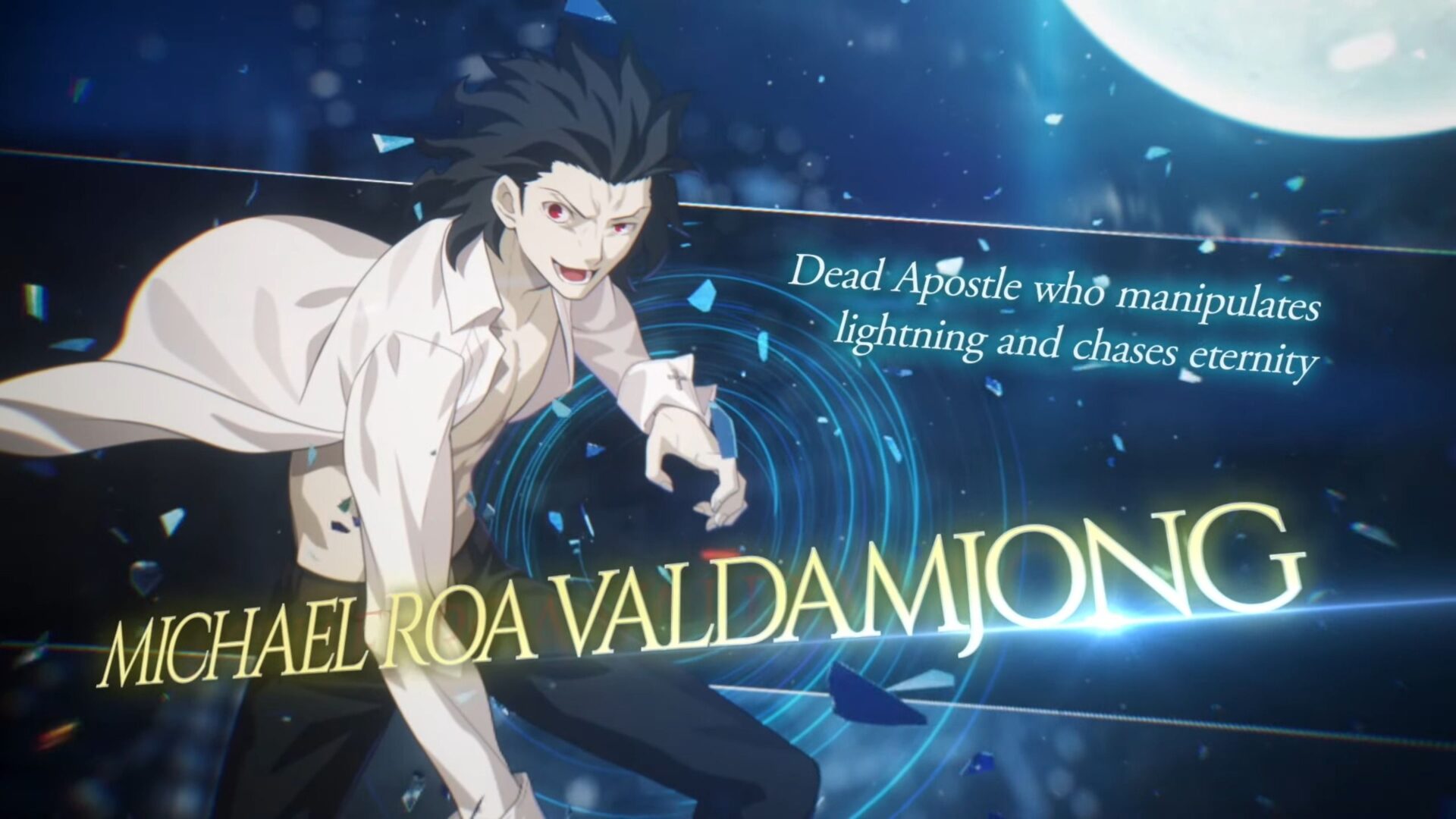 The trailer focuses on one of the playable characters, who is also being revealed today, Michael Roa Valdamjong.

You can check it out below alongside an official description of the character from the developer and a few screenshots.

A vampire known as the “Serpent of Akasha” or the “Infinite Reincarnator.”
Former priest of the Holy Church. He can manipulate information and electricity at will.
The story of Roa appearing in Souya that came to him predicts the
possibilities he might have had following a chance encounter with Arcueid and Shiki.

Melty Blood: Type Lumina will release worldwide on September 30, 2021, for PS4, Xbox One, Switch, and PC via Steam. you can check out the original announcement, an earlier trailer, plenty of screenshots, the introduction of Shiki Tohno, that of Kouma Kishima, the video focusing on Arcueid Brunestud,  the trailer showcasing Ciel, the promotion video for Akiha Tohno, the video focusing on Hisui, one on Kohaku, one showing off their tag team, and the reveal of Miyako Arima.