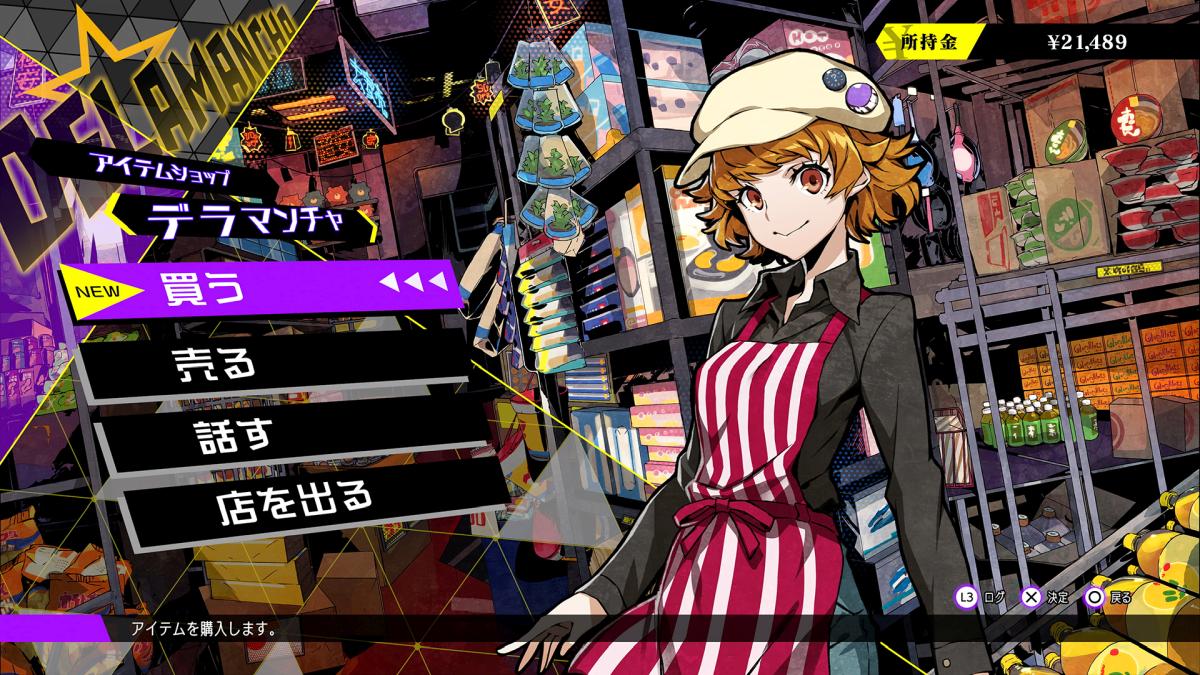 Atlus released a new gallery of screenshots of its upcoming JRPG Soul Hackers 2.

We take a look at the safe house, originally used by Arrow, which will become the base of operations of our party. Here you can rest, interact with your friends, and receive DLC items.

At the safe house, you can also enjoy meals, which you can purchase from shops and vending machines. They have various effects and can be used to prepare for dungeons.

Figue may also devise new types of meals (there are over 30 available).

We also get to take a look at the store Delamancha in Karakucho, which is an obvious parody of Don Quijote in Kabukicho, Shinjuku. Here you can purchase healing and support items. We also meet the clerk, Yume.

Next is Yoyojo in Mansei Realm. Here you can trade materials you find for items that can be used in battle and exploration. The store’s owner is named Lina.

Lastly, we take a look at the new game plus menu and at the difficulty menu, including the “very hard” difficulty which will be included in a free day-one DLC.