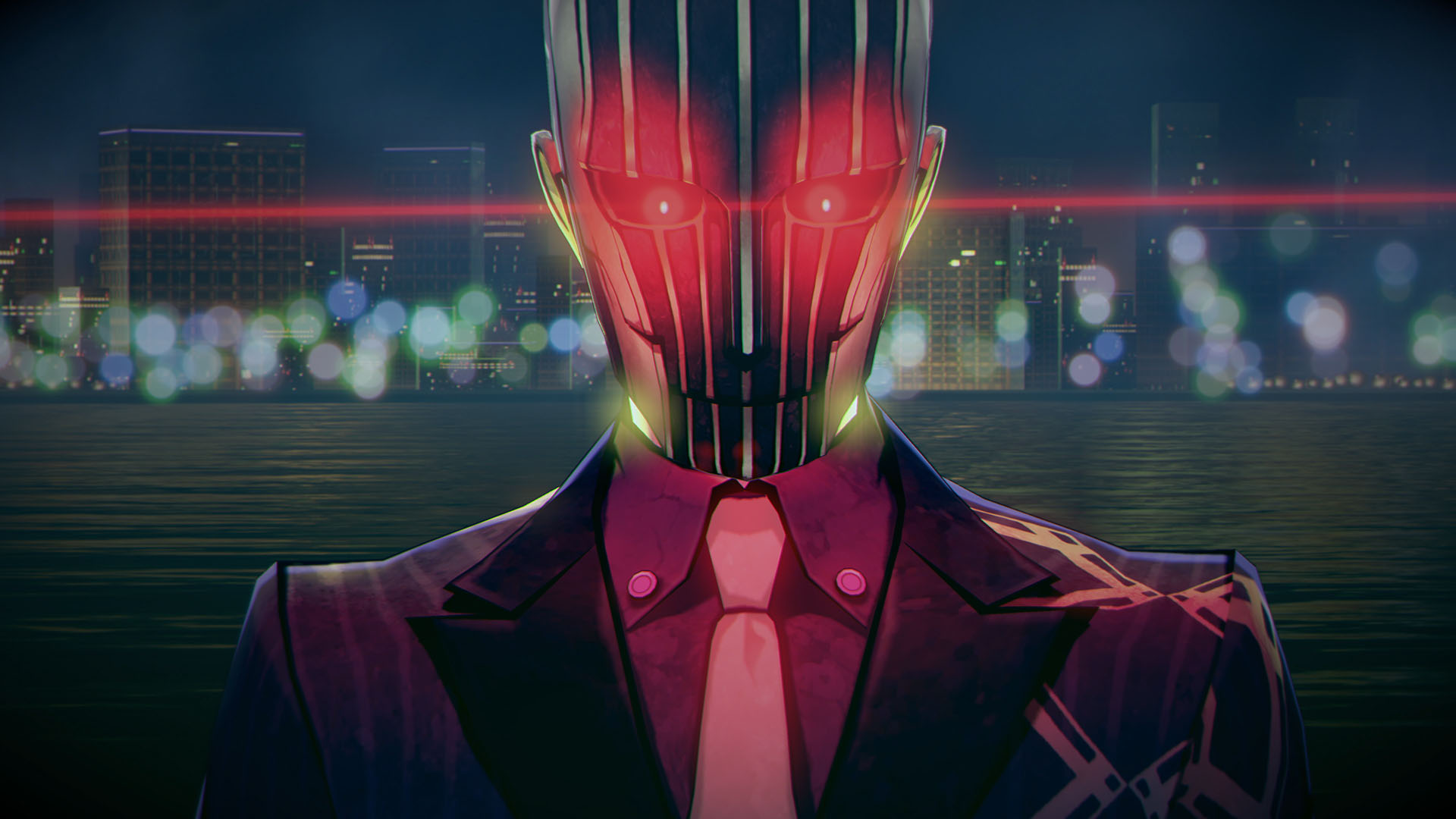 We hear more about the story. Aion’s envoys Ringo and Fig have come to Earth to avoid the destruction of mankind. Two people are required to avoid said disaster, and each of the agents has to protect one.

Fig’s target, Ichiro Honda, has already been killed by Iron Mask and Zenon who are looking after the mysterious energy entities named Covenant.

They belong to a large organization of devil summoners named Phantom Society, that is trying to take control of the Covenant. It’s said that when they all are gathered, a great being will be summoned, and making sure it happens is the Phantom Society’s destiny.

On the other hand, the organization named Yatagarasu, tasked with the spiritual protection of Japan, has taken on the mission to sabotage the Phantom Society’s efforts.

Aion foresees the purpose of the Phantom Society and its connection with the destruction of mankind, which is why Apple, Fig, and Yatagarasu’s agents Arrow, Milady, and Cyzo join forces temporarily due to the alignment of their interests.

We meet Iron Mask, the leader of the “C” project. He always wears an iron mask and is absolutely ruthless. Not many even within the Phantom Society have seen his face.

Zenon is an artificial demon, also defined as a devil. He was created by Iron Mask and is under his orders. He’s good at fighting but he doesn’t seem very intelligent.

He kills Ichiro Honda and steals his Red Covenant.

Ichiro Honda was a world-famous computer engineer. He complete a project named “Vanishing System” before getting killed.

Covenants are mighty powers that have been passed down between human souls for a long time. Their bearer receives a variety of benefits. Many of them have developed talents that put them on the pages of history.

A covenant looks like a glowing snake that is usually invisible but crawls out of the body of its vessel once they are killed.

It’s said that there are five covenants in total, but not all about them is known, so they remain shrouded in mystery. Yet, the legend says that when they are gathered a great being will appear.

You can check out the original trailer, more screenshots, another trailer about Jack Frost, one about pizza, one focusing on Dormarth, one on Bugbear, one on Hare of Inaba, and one on Tsuchigumo, one on the convenience store Breaking Mart, one on Delamancha, one showing Vritra and more, one focusing on Kinmamon, one on Inugami, one on Mad Gasser, and one showcasing Mermaid.