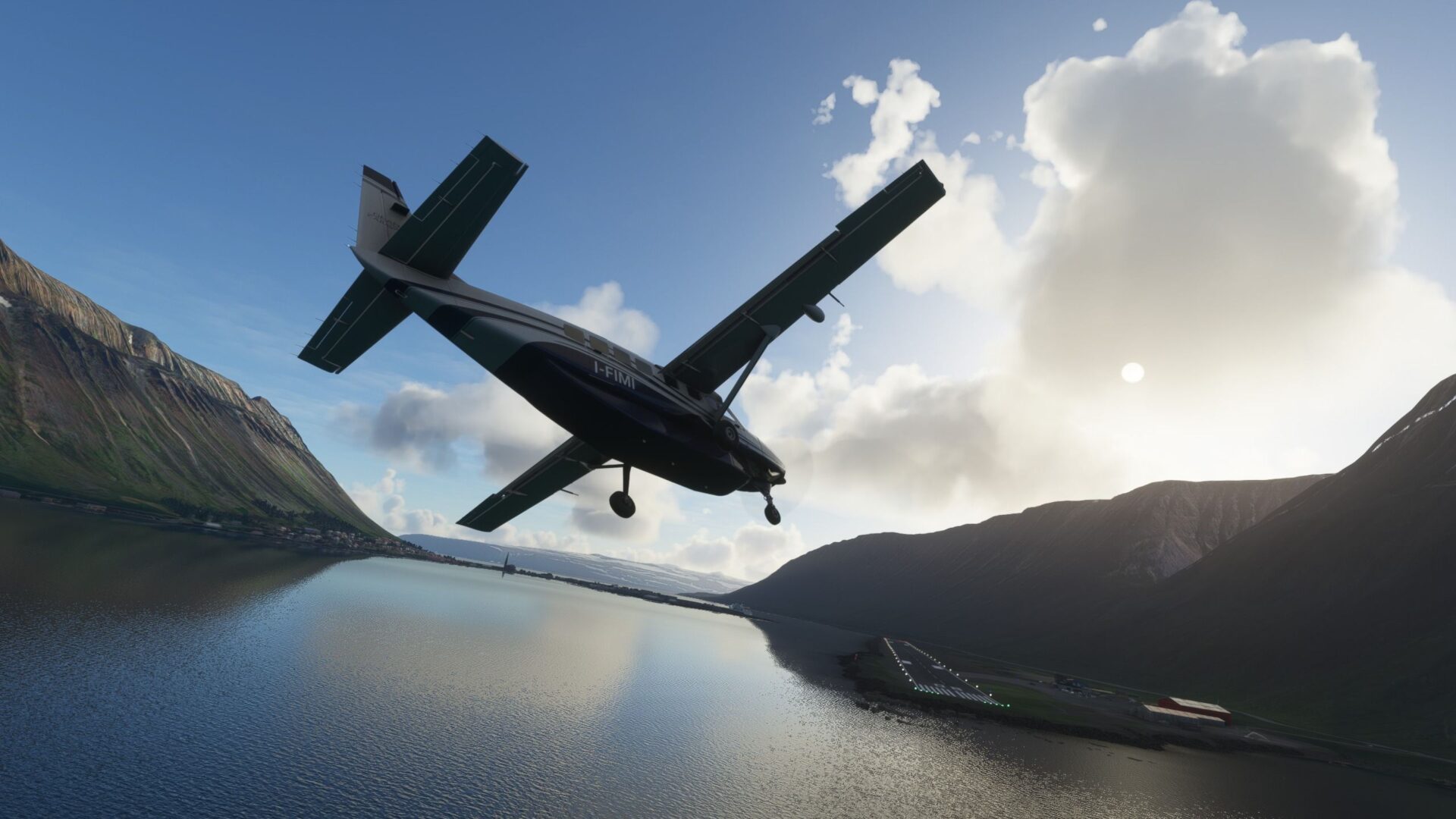 Microsoft and Asobo added a new spotlight landing challenge to Microsoft Flight simulator, and it’s a really breathtaking one.

To celebrate the latest world update that includes Europe’s Nordic countries, the new landing challenge brings you to the remote and scenic Ísafjörður Airport (BIIS), which is one of the five included in the update.

Ísafjörður is well-known among aviation enthusiasts due to being one of the most challenging and dangerous airports in the world. Landing on runway 08 requires a full 180-degree turn just before touchdown while flying very close to the surrounding hills.

Of course, flying this approach with a Cessna Grand Caravan isn’t the worst, since Icelandair regularly execute it with Dash 8 regional airliners, but since we don’t yet have Dash-8 in the sim, we’ll have to wait to try that.