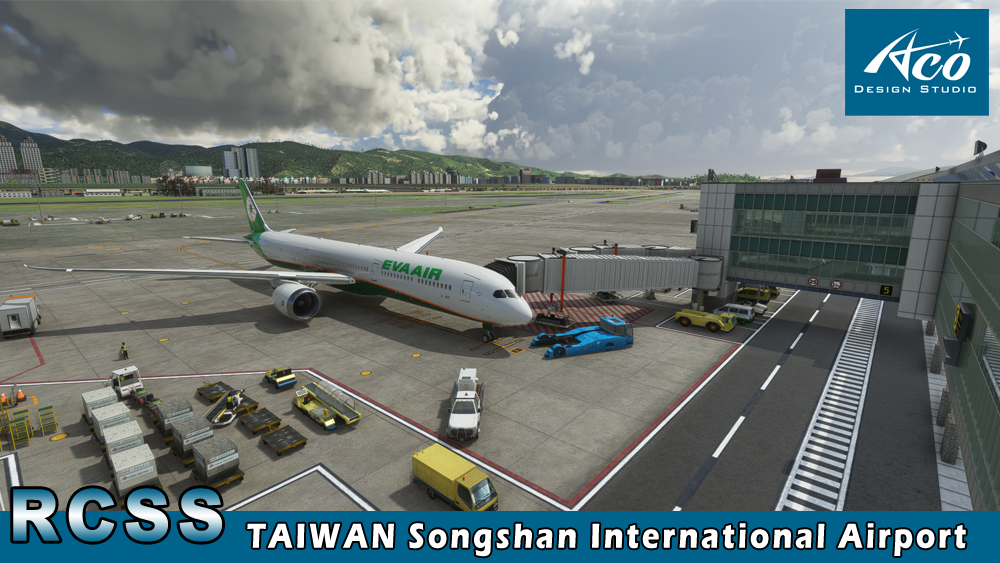 The add-on is available on SimMarket for approximately $23, portraying the third-busiest airport in Taiwan also known as Taipei International Airport, and even some landmarks in the vicinity.

Below you can read an official description and see a gallery of screenshots.

“Taipei Songshan Airport (IATA: TSA, ICAO: RCSS) is an international airport located in Songshan District, Taipei,
Taiwan(R.O.C). The main runway is RW10/28 with a length of 2605 meters, which can provide take-off and landing of medium wide-body aircraft, such as B777-200ER, B787-9, B767, A330-300, etc. Runway 28 has EMAS at the head, and runway 10 has ILS. Songshan airport has two terminals, the first terminal is for international lines and the second terminal is for domestic lines. There are 12 gates at the airport, 8 of which are equipped with jetways.”