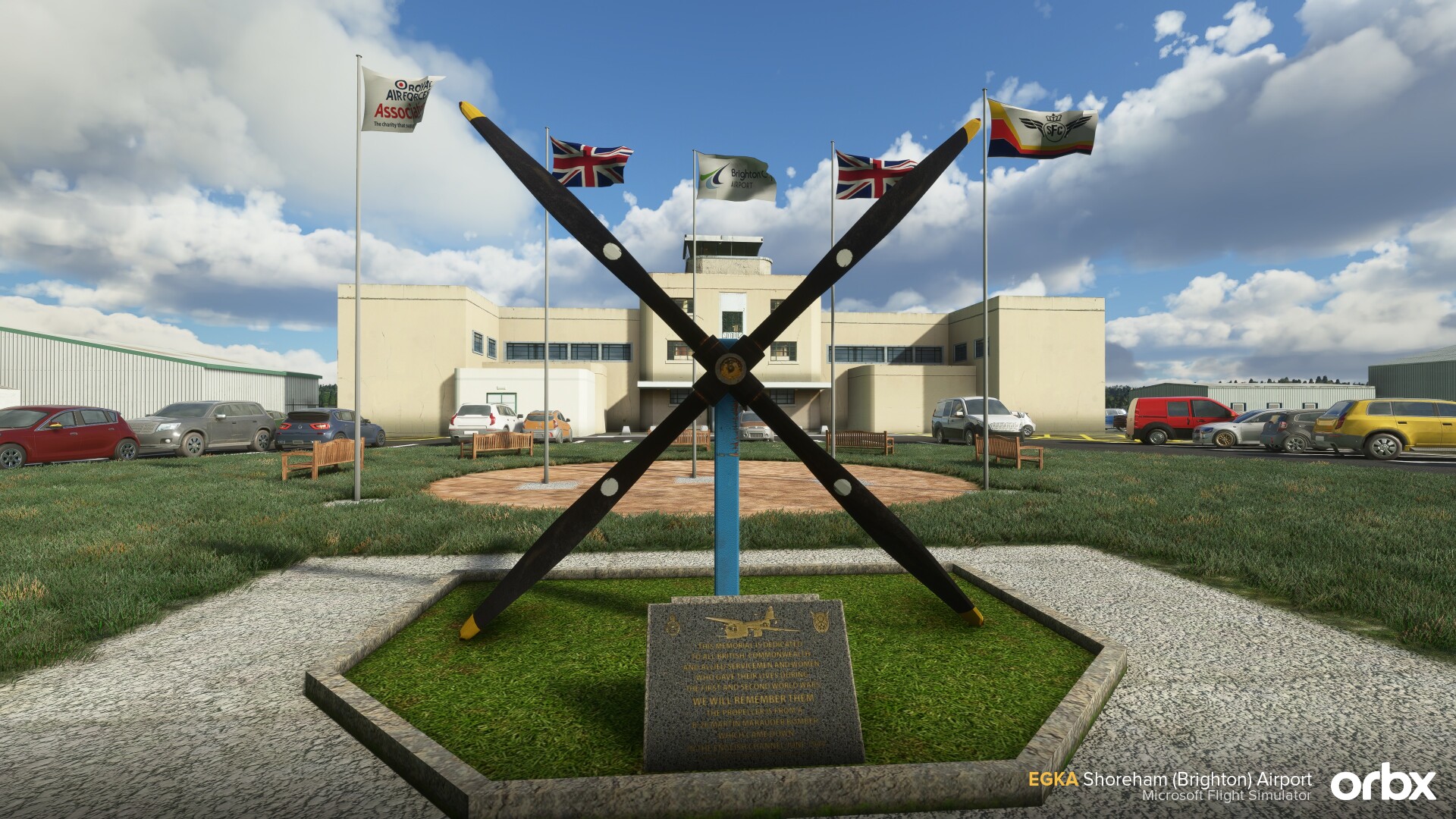 First of all, on the scenery front, Orbx appears to be on a roll with another surprise announcement. We’re getting EGKA Brighton City Airport (Shoreham), and below you can check out screenshots and an official description.

Shoreham Airport for Microsoft Flight Simulator, now known as Brighton City Airport, takes you to the forefront of general aviation in the UK.

With a stunning coastline, green countryside and classic British towns as you fly into Shoreham, avoiding the busy airspace of London is just a bonus.

Being the oldest licensed airfield in the UK, we have gone to great care to recreate the beautiful art deco style terminal building, as well as ensure many features of the airport has been included, allowing you to immerse yourself in an authentic flight simulation environment.

This historical British airport is the perfect gateway to the south coast of England.”

Next is NextGen Simulations (no pun intended), which recently released the Embraer EMB 110 Bandeirante. The developer decided to abandon older platforms like Lockheed Martin Prepar3d and Flight Simulator X and to focus entirely on creating products Microsoft Flight Simulator.

“So, I am thrilled to announce that, once we come back to the office, we will immediately begin development of the Embraer ERJ family (ERJ-135/140/145/145XR). And also, most of you were right with the guesses, since we will also develop the Saab 340B&2000 afterward. Also, we have plans to develop the Dash 8-Q400, the Fokker 50, the Fokker 70&100, and even the Embraer E-Jets. God willing, they are our next projects! We have some more on the road (including bizjets, classic aircraft, and more), anyway, we will let you know on the road once we decide with the other aircraft, and don’t forget that any suggestions you may have are always welcome! We are glad to receive your suggestions and take note of them.⁣
⁣
Oh, and I almost forget, we are planning as well to develop the Bandeirulha as a complementary product to the Bandeirante, although that development would begin once the EMB-110’s SP1 is released since we would like the Bandeirulha to have the same fixes and improvements its civilian sibling will have”