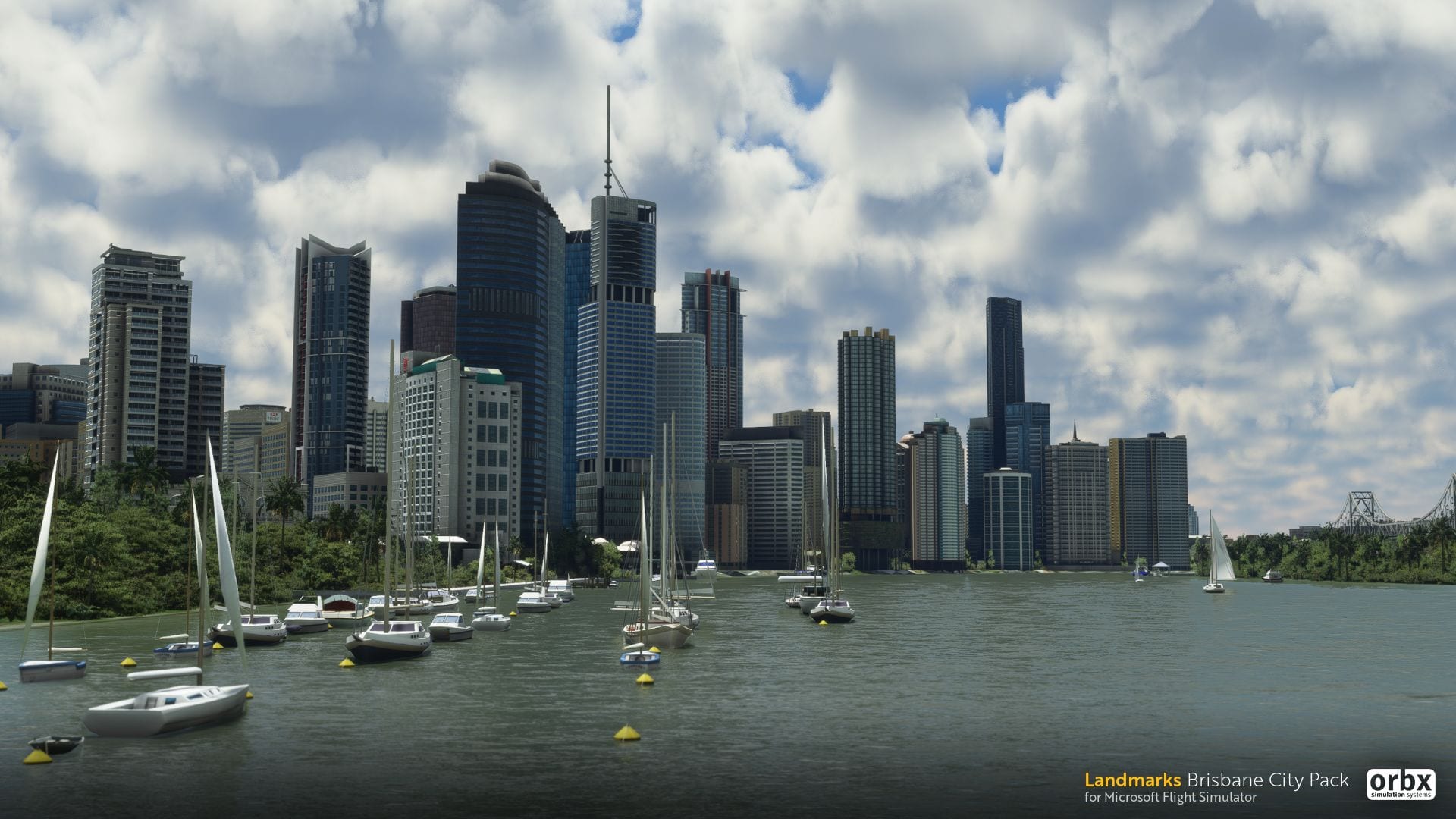 Third-party developer Orbx is continuing its quest to turn Australia into the prettiest place in Microsoft Flight Simulator.

Today the developer announced its new Landmarks Brisbane City Pack Add-on, which follows Sydney and a tease of Melbourne. It will release later this month.

You can check the capital of the Australian state of Queensland below, alongside an official description and feature list.

Incidentally, we also get the confirmation that Orbx is working on Brisbane International Airport (YBBN) which will be the perfect complement for the city.

“Our next destination for the Landmarks takes us back to Australia with Brisbane, the most populated city and capital of the state of Queensland. The city was founded upon the traditional lands of the Jagera and Turrbal people on the banks of the Brisbane River which took it’s name from Sir Thomas Brisbane, the governor of New South Wales at the time.

With its laid-back charm, Brisbane is a cosmopolitan hub for arts, culture and a subtropical alfresco lifestyle. The city sees clear blue skies all year round and is a popular tourist destination offering many landmarks and attractions. Our TrueEarth team, led by respected flight sim developer, Holger Sandmann, have recreated this global city with carefully selected POIs, custom orthos and terraforming refinements to capture the feel and vibes of the city.

We have maintained balance and performance with our carefully selected 125 POIs, which include the Story Bridge, Eagle Street Pier and many of the hotels and apartments along the riverbank and CBD. Our hero assets allow you to get up close and personal and we have included the recently completed Brisbane Skytower (the city’s tallest building), Suncorp Stadium and the Gabba for the all the fans of rugby league, AFL and the cricket.”

A couple of days ago, we published our massive interview with head of Microsoft Flight Simulator Jorg Neumann, who provided a lot of new info about the present and future of the sim. We also have another interview with Orbx’s own CEO Anna Cicognani.