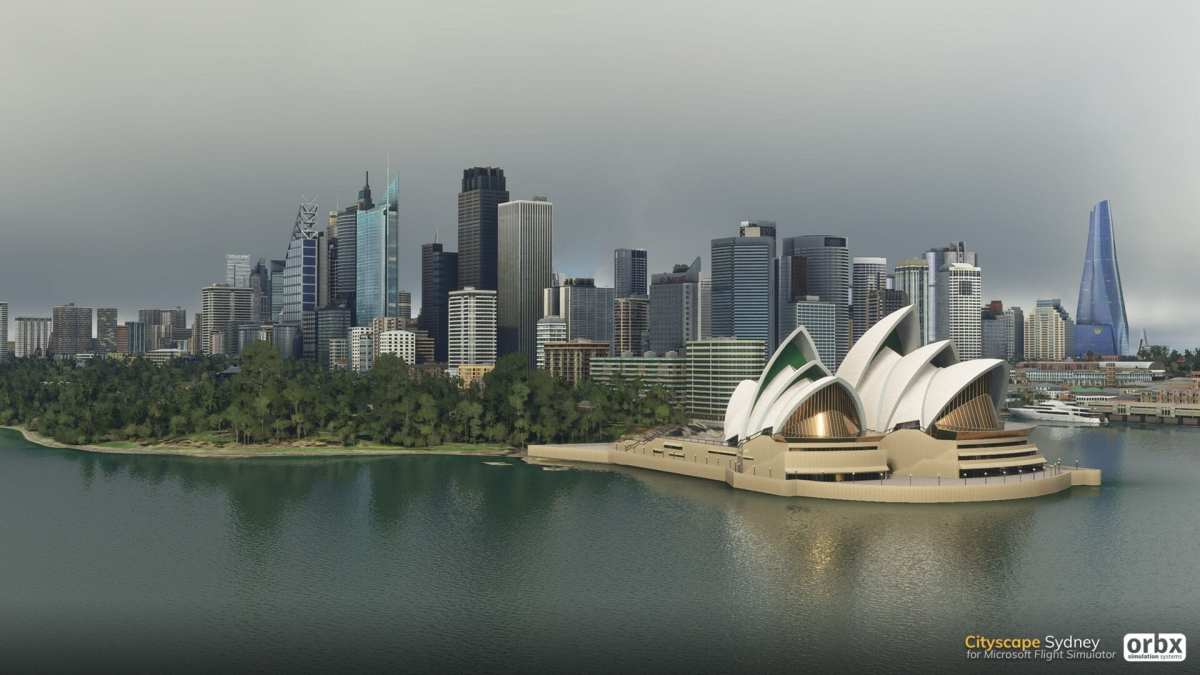 Third-party add-on developers are continuing to work hard to add even more detail and beauty to the already-gorgeous Microsoft Flight Simulator.

Orbx announced its first Australian scenery reproducing Sydney’s cityscape. According to the popular developer, it “pushes the boundaries of what is possible with the current MSFS SDK.”

Considering the screenshots that you can see below, it certainly doesn’t seem to be an empty claim.

At the moment, there is no announced release window, but you can read a list of features below.

Still related to Orbx, since it can be found in its shop, is EDDT Berlin-Tegel Airport by Gaya Simulation, fresh from the oven and available today.

It’s priced at $19.86 and you can read an official description below, alongside checking out a few screenshots and an official trailer.

“Located a short 10 kilometers by road from the center of Berlin, Tegel is most certainly an urban hub – and it’s this proximity which we, Gaya Simulations, have used to our advantage in making our next flagship scenery.

Blending with Microsoft Flight Simulator’s excellent default cityscape, we picked out Tegel with the city in mind. The skyline includes all of the points of interest you’ve come to know from the German capital – add to that a high-quality custom model of the Brandenburg Gate which we’ve created and you’ve got an inseparable pair.

As always with Gaya Simulations airports, Berlin Tegel is designed for best-in-class immersion, detailing, and performance. Our artists have spent months trawling through documents, images, and other primary sources in order to create the most compelling and realistic recreation of the airport on the market.

The hub of the now-defunct Air Berlin, Tegel is the perfect place to perform some retro rotations – or if you’re looking for something more modern, perhaps try some Easyjet laps in the A320. Just try not to gawp as you approach over the beautiful city!”

Last, but not least, Flightbeam Studios has released KPDX Portland International Airport. It can be found on the studio’s own shop for $14.99.

“Welcome to Portland International Airport, pride of the Rose City, and second busiest hub in the Pacific Northwest of the US.

KPDXHD was lovingly crafted by former Portlander Bill Womack, who took a great many of the source photos himself and spent many months hand-crafting this lovely, modern facility, which in real life was voted best in the United States several years running by Conde Nast Traveler magazine. This version has undergone a major makeover in order to take advantage of the many stunning features of the new Microsoft Flight Simulator, including all-PBR materials, custom groundwork, and immersive night lighting. Now KPDX can look as good as the rest of the Pacific Northwest in the sim!”