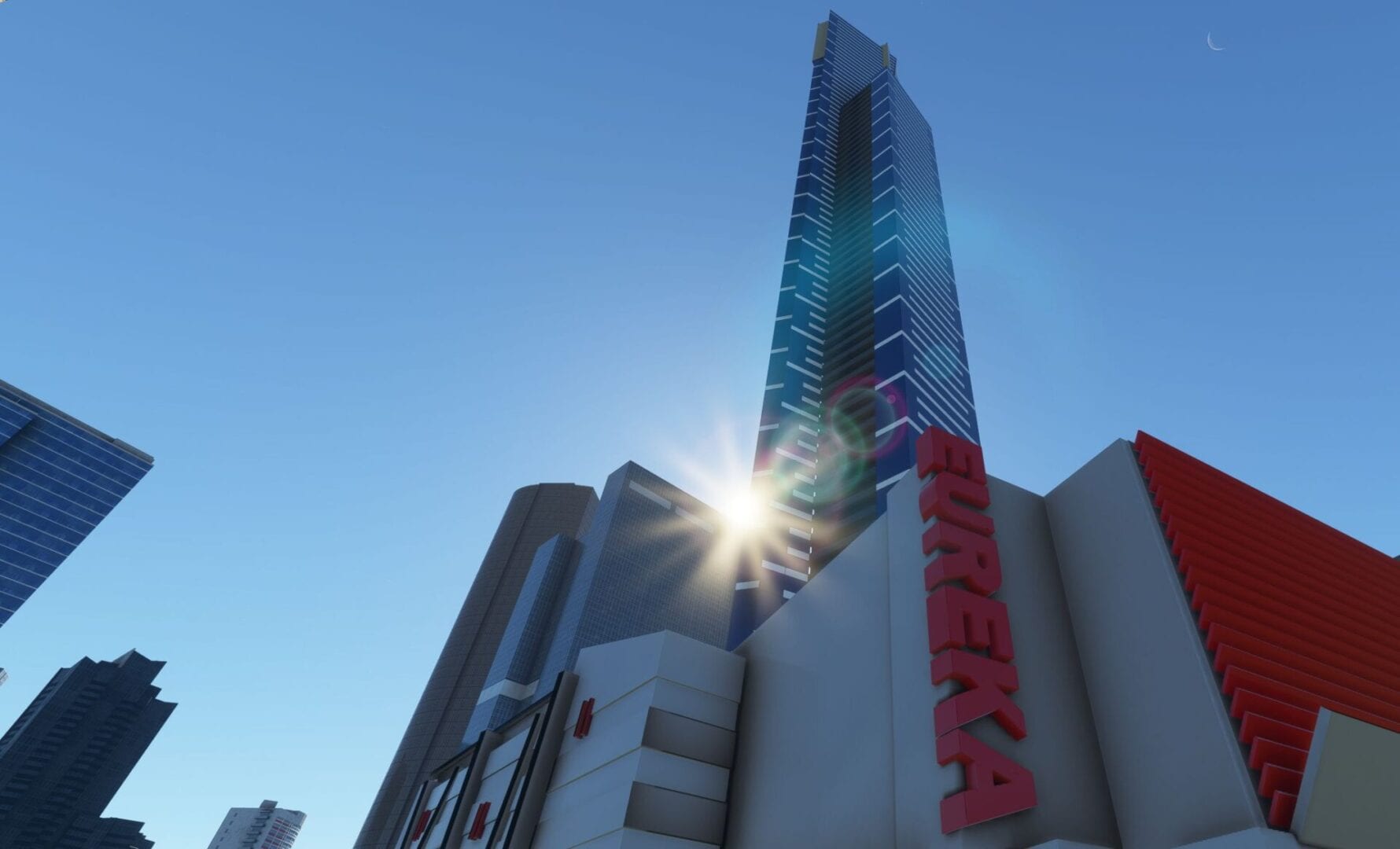 We start with Orbx, which revealed more screenshots of the upcoming Singapore Landmarks City Pack and sneaked in a tease for an upcoming add-on dedicated to Melbourne.

Here’s a look at the Eureka Tower in Melbourne.

And here are the screenshots of Singapore.

Next comes PilotPlus, which brings us back to the UK after the excellent London Southend with London Oxford (EGTK).

Apparently, the scenery has been created in collaboration with the real-world airport’s management to make sure that it’s extremely accurate. It certainly looks great so far.

And we’re not done: DC Designs (creators of the F-15 Eagle package) is getting into scenery.

Today we get the reveal of Blackbushe Aiport (EGLK) in England, alongside another look at the previously-revealed Boeing-Stearman Model 75.

Incidentally, the F-15 is getting its second update next Friday.

On top of the announcement, we also get a release by Binersim, that launched Halim Perdanakusuma (WIHH) airport in Jakarta, Indonesia.

You can find it on SimMarket for a relatively affordable $11 including applicable VAT.

Below you can find a gallery of screenshots.

A couple of days ago, we published our massive interview with head of Microsoft Flight Simulator Jorg Neumann, who provided a lot of new info about the present and future of the sim.