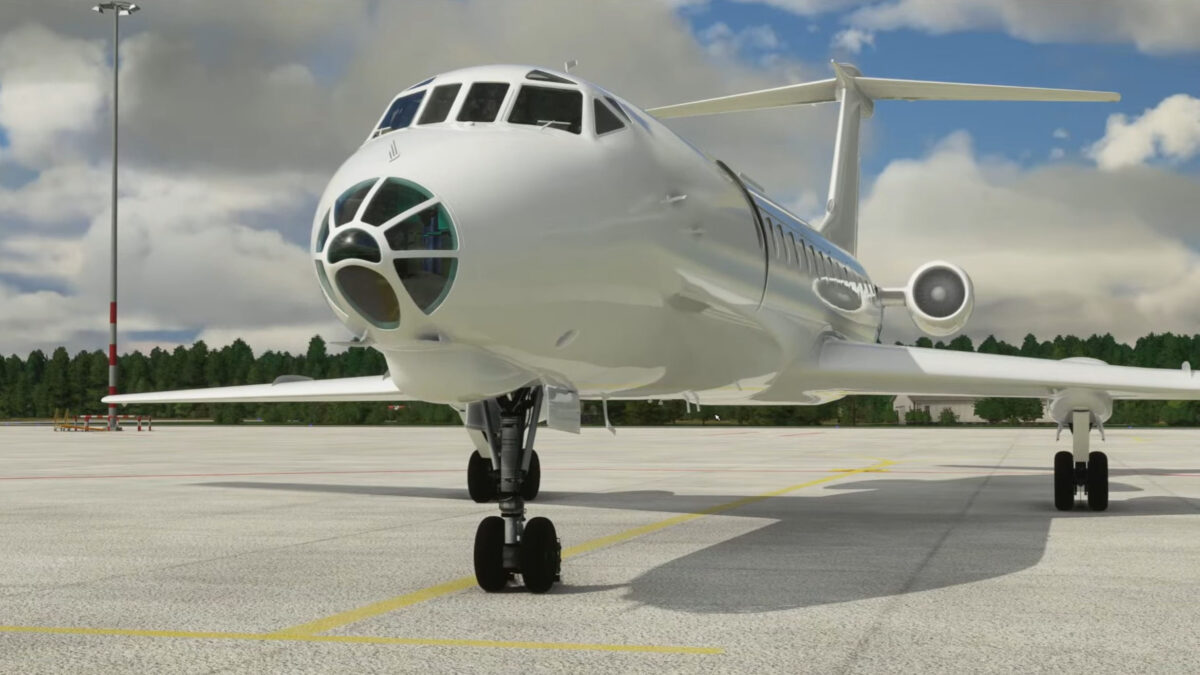 The sentence “From Russia With Love” has a special meaning in aviation, and Microsoft Flight Simulator is getting some love in the form of a Tupolev Tu-134.

Today developer Kai31 showcased the upcoming Soviet classic in an extensive video that provided a good look at the detailed simulation of its complex systems. This is certainly going to be quite the challenge considering that the real plane is designed to be operated by 3-5 crew members.

The developer has extensive experience developing aircraft (including the Tu-134 itself) for previous simulators, so there is certainly a solid base in place.

Of course, do keep in mind that the model is still work-in-progress and external textures are still missing. Yet, it already looks like a beauty.

You can check it out in action below.