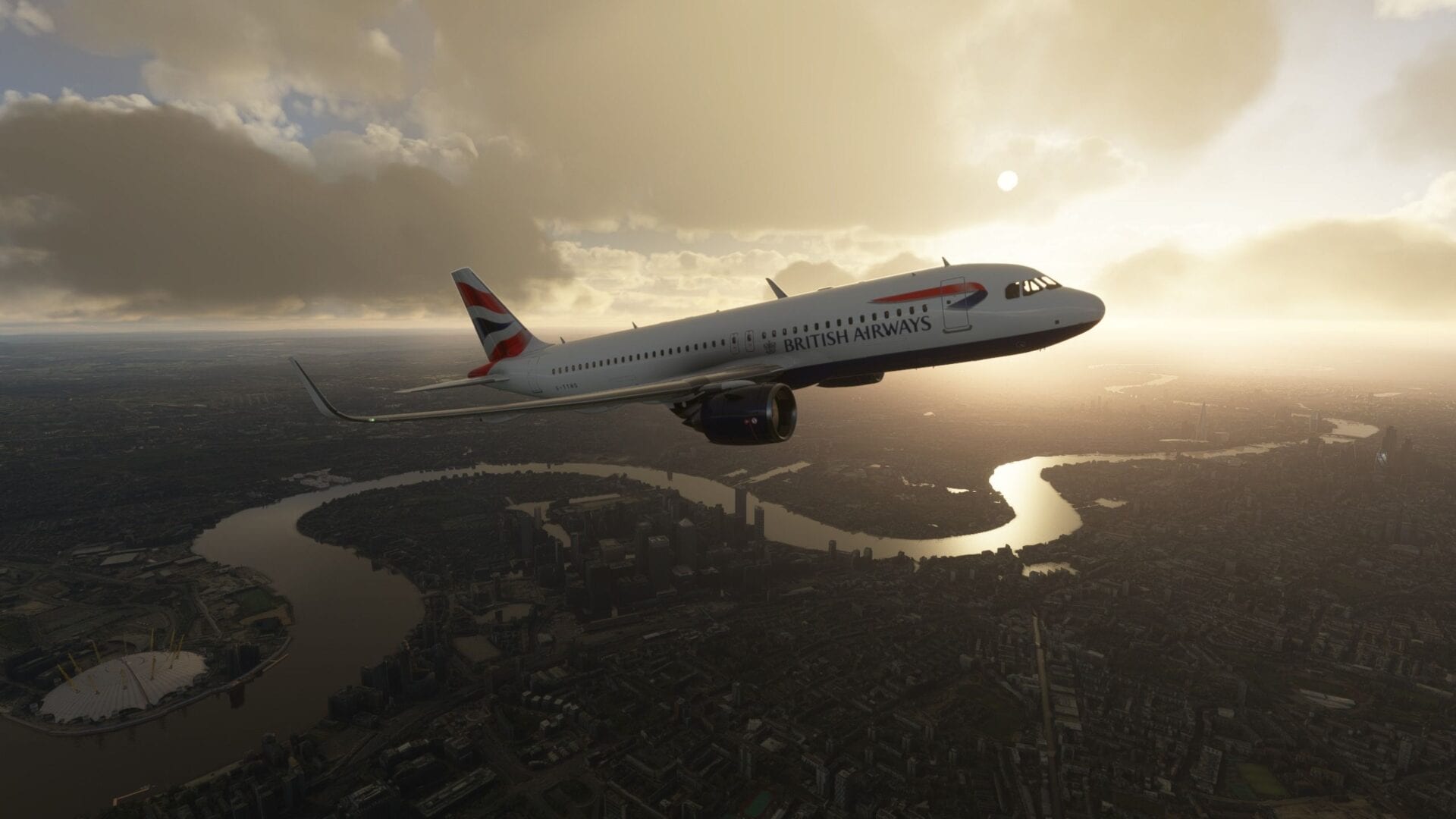 The first, launched in September, focused on Japan. The second featured the United States in November. The fourth has already been confirmed and it will feature France and Benelux with an estimated release date of March 30.

As a matter of fact, during our recent interview with head of Microsoft Flight Simulator Jorg Neumann, we learned that the developers plan to make the World Updates even richer: the next one will include new AI aircraft models and liveries focusing on French airlines and manufacturers.

The amount of free content included in this kind of update is massive, and pretty much unprecedented in this industry for a title that isn’t technically a game-as-a-service, especially if you consider the frequency and the fact that Microsoft Flight Simulator also receives a large “Sim Update” every other month, focusing on improving aspects of the simulation instead of adding content.

This pretty much subverts what flight simulators have been like in the past twenty-plus years. Microsoft and other developers used to release very basic packages lacking detailed airports, cities, and terrain, and simply leveraged third-party developers for the production of paid add-ons that took care of adding the eye-candy.

This established flight simulation as a very, very expensive hobby, especially if you wanted to purchase a good number of airports and aircraft, improve the (usually terrible by default) terrain data, and so forth.

To give you a rough idea, the content of the latest World Update would easily cost you about $150-200 if you wanted to purchase something similar from third-party developers, and that’s just for one update.

This doesn’t mean that the business for third-party developers is gone. As a matter of fact, considering the number of add-ons released basically daily, things are going very well (If you’re interested in that part of the industry, you can read our interview with Anna Cicognani, CEO of ORBX, one of the largest players in the add-on scene), perhaps contrary to what some expected before the release of Microsoft Flight Simulator.

On the other hand, players who don’t want to spend large amounts of cash in what is basically a massive catalog of third-party DLC can easily enjoy flying over diverse detailed locations thanks to the free World Updates, possibly integrated by a large and growing number of community-created freeware add-ons, which at times rival the payware ones.

Every two months, you get a brand new, massive, and detailed location to fly over and explore at no cost and requiring no more effort than a download, and that’s likely plenty for many users.

This is also great to have now that the COVID-19 Pandemic is preventing travel, allowing many to “see the world” without exposing themselves to the risks of going outside.

As a matter of fact, I can easily say that Microsoft Flight Simulator contributed to my mental health during the rather stressful past few months in which I’ve been really starting to miss traveling and exploring.

On the other hand, Microsoft Flight Simulator’s massive updates are one of the most solid pieces of evidence of Microsoft’s true power, which certainly can be identified at least in part with its ability to invest and its technology slate.

We saw that the house of Xbox isn’t afraid to spend the GDP of a small country on acquisitions like Bethesda to further its goals in the gaming industry, and Microsoft Flight Simulator is another, perhaps subtler, example.

The world updates aren’t free to produce, and they certainly aren’t cheap. Not only Microsoft needs to pay Asobo Studio for the continued development of the game, but they also subcontract additional third-party developers like Gaya Simulations to work on parts of the new content itself.

On top of that, elements like digital elevation data and new satellite imagery need to be purchased from external companies, and that kind of stuff doesn’t cost peanuts, especially when it comes with a commercial license attached.

It’d be challenging to make an estimate of how much a single World Update weighs on Microsoft’s finances, but it likely isn’t insignificant, and we’re going to get them roughly six times a year for the foreseeable future.

This is not to say that they’re supporting the game at a loss. Flight simulators have a long tail in terms of sales, MSFS likely helps to push Game Pass, and the official marketplace on which third-party developers are encouraged to sell their add-ons directly within the game likely brings back sizable revenue. Yet, this certainly is another signal that Microsoft is able and willing to invest heavily to achieve longer plays.

The power showcased by Microsoft Flight Simulator isn’t just financial, but also technological. Xbox has been talking about “the power of the cloud” for years, but now we’re seeing it actually flexed with very practical effects.

Azure is able to serve massive loads of data directly to the computers of the sim’s users, and to Xbox Series X|S consoles when that version launches in the summer. This isn’t something that many players in the gaming industry can do, especially with their own resources alone.

It’ll be interesting to see if Microsoft will wield the same power with other games in the future. For now, Microsoft Flight Simulator is a rather unique case, but it may not be unique forever.

Yet, for now, that power is being wielded to the benefit of gamers and simmers around the world, who thanks to Microsoft Flight Simulator and its free World Updates are able to virtually explore many locations that they usually wouldn’t be able to enjoy with such ease, even more so during a pandemic.

Personally, I’m loving every moment of it.

Subnautica: Below Zero Release Date Locked in For May, New Trailer Confirms
To Top