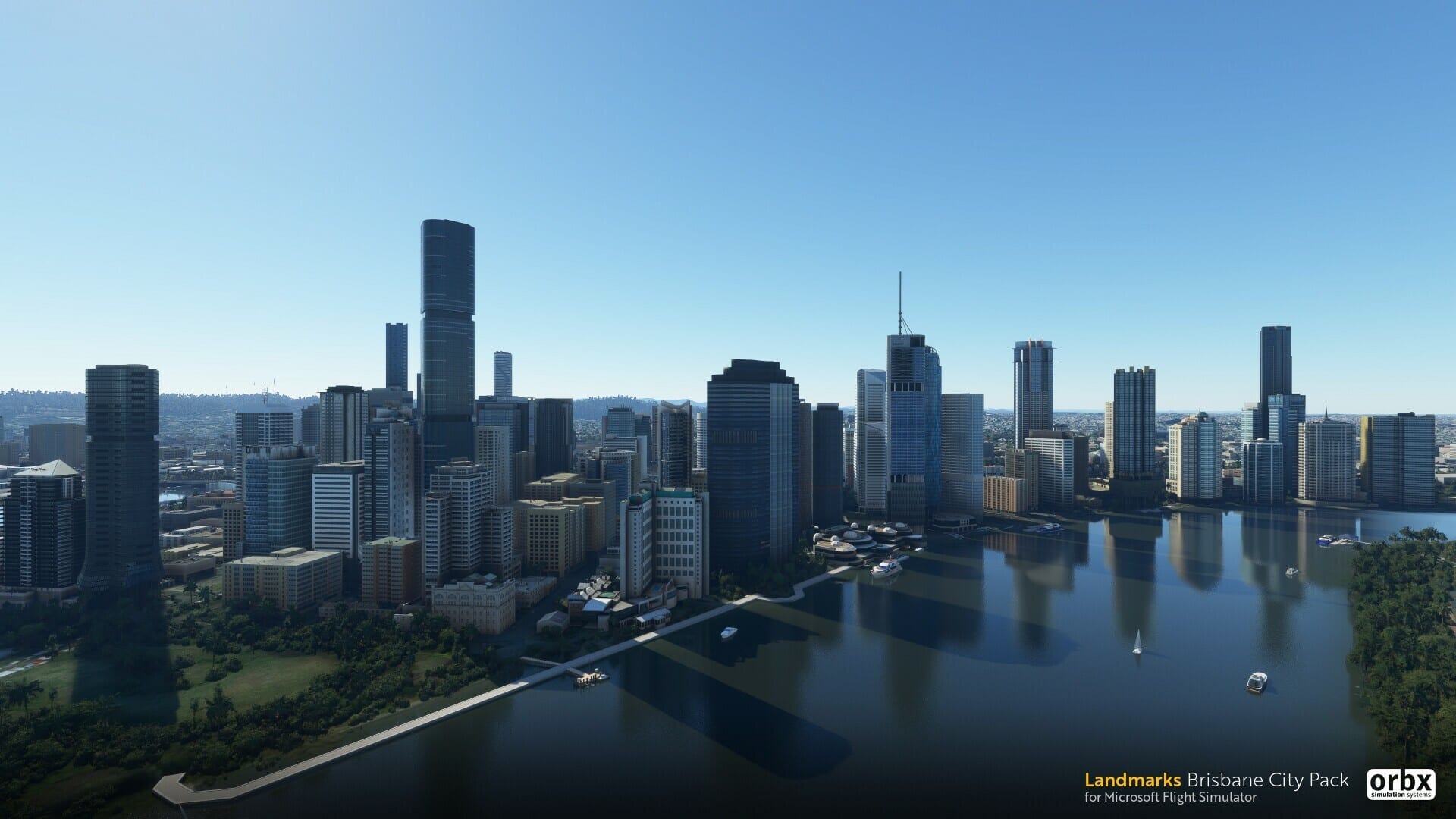 Today third-party developer Orbx released another of its City Packs for Microsoft Flight Simulator, this time around, dedicated to Brisbane.

The package improves the Australian city considerably, and can be found on Orbx’s own store for $12.

Incidentally, do keep in mind that you can win it (among plenty more add-ons by Orbx and its partners) with our latest giveaway, so check that out.

Below you can enjoy an official description and a gallery of rather spectacular screenshots from the press release.

“Landmarks Brisbane City Pack is an exciting new addition to our top selling Landmarks and Cityscape series for Microsoft Flight Simulator, which includes classic locations such as Sydney, Singapore, London and Paris.

Being one of the most popular destinations in Australia, this river city is known for its amazing climate, subtropical alfresco lifestyle, and proximity to major tourist hotspots in Queensland.

Soak in the atmosphere as you soar above over 120 custom-made landmarks and discover this cosmopolitan destination in true Orbx style.

Iconic landmarks include Brisbane Skytower, Suncorp Stadium and The Gabba. We have also included the Riverside Expressway bridge system on the western side of the CBD.

For those looking to discover the most scenic side of Brisbane, we recommend flying along the famous Brisbane River. This laid-back flight along the waterfront is full of charming marinas, moored boats and even the New Farm Riverwalk.

Beyond the city, fly over Fisherman Island, a port which sits just a few miles from Brisbane Airport, and offers views of Brisbane’s industrial area.

As the sun sets over the Port of Brisbane, experience our custom night-lighting inspired by real-world photography for the most realistic night flying experience available.

The latest product from the TrueEarth team brings the relaxed and chilled-vibes of Brisbane to Microsoft Flight Simulator for all to enjoy.

Being back in Australia has never looked so good!”

On top of Brisbane’s pack, there’s more news on the scenery front. The “Pack Airport Amazonia” by Brazil Land Games is free for a day on SimMarket. To be specific, you can find it for free until midnight CET before it goes back to its previous $7.5 price.