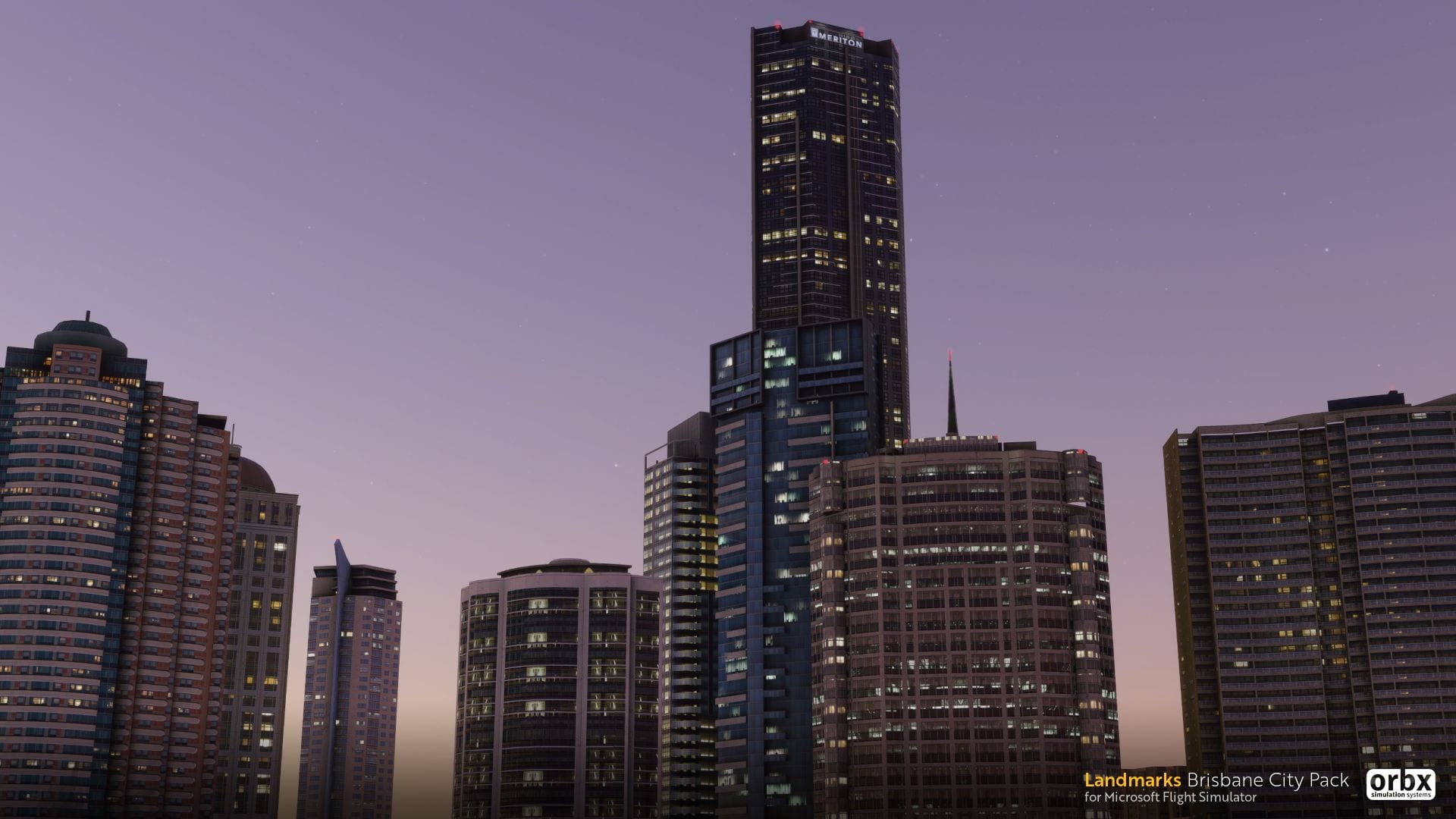 With new add-ons for Microsoft Flight Simulator being developed at a speedy clip, more screenshots have been revealed for two of them.

We get another look at Orbx’s Landmark Brisbane City Pack that was announced yesterday, focusing on very fetching dusk shots.

At the moment, we still don’t know when it’ll be released, but you cann enjoy the screenshots below.

Gate15Scenery also provided some images of the island of Minamidaito in Japan and its airport (ROMD). They will be offered in a bundle with the nearby Kitaidaito (RORK), offering an interesting pair of destinations.

The airliner route operated by Ryukyu Air Commuter between the two airports is the shortest in Japan, taking only three minutes in the air.

The scenery is even more relevant because, as you see in the pictures, the default only offers two relatively flat green circles of terrain with a generic road network due to the lack of mapping data.

Minamidaito is now completed and the developers have starting work on Kitaidaito.