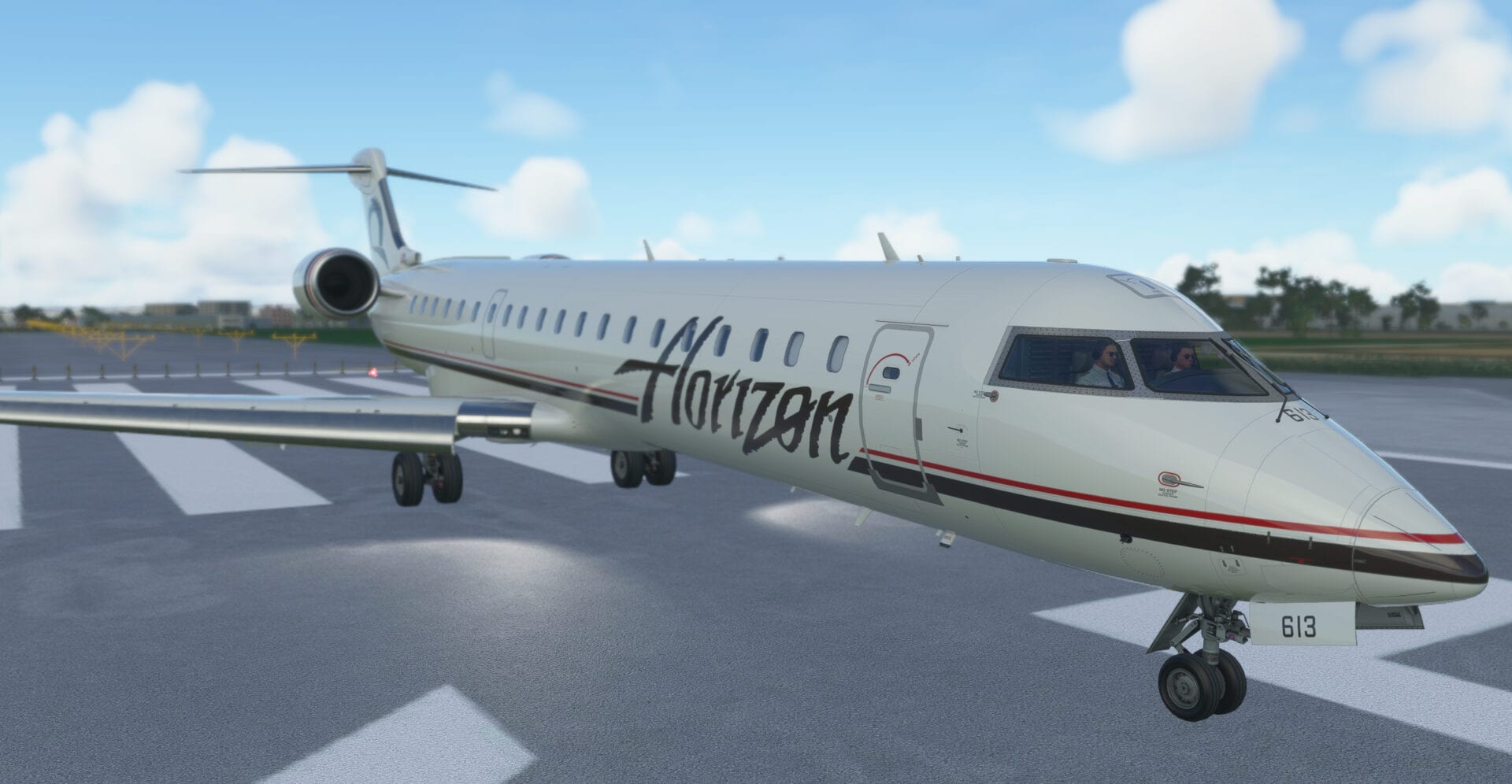 Third-party developer and publisher Aerosoft is continuing to reveal new assets and details of its upcoming CRJ add-on for Microsoft Flight Simulator.

We learn that the CRJ 900 and 1000 (the first part of the add-on will include the CRJ 700 and 550) should “tentatively” come between six and twelve weeks after the release of the original package.

We also learn that Aerosoft is “closing in on Release Candidate One.”

This time around, we also get to see another livery, and it’s Horizon. It’s worth mentioning that this is a historical livery, as Horizon doesn’t operate the CRJ anymore.