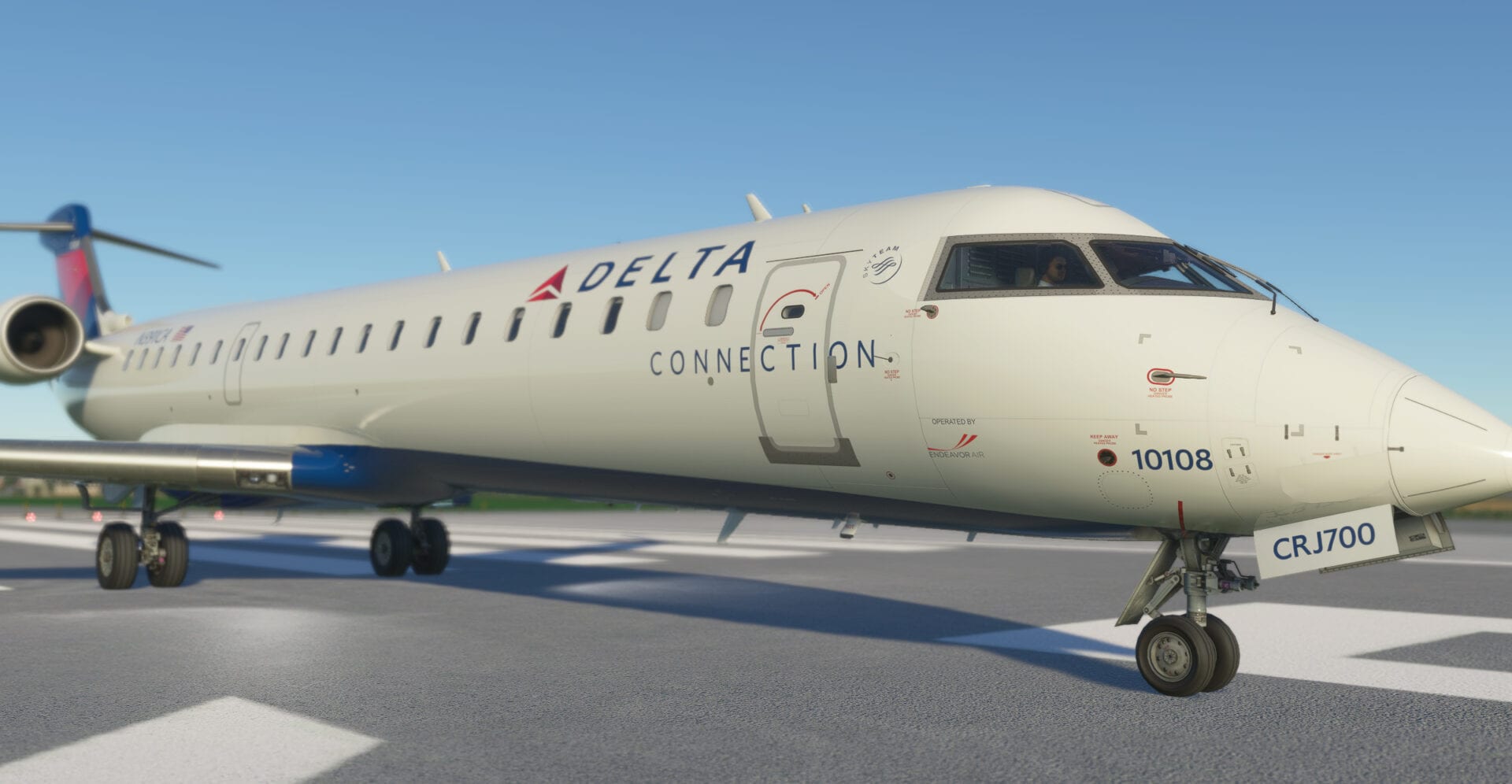 Aerosoft has been very keen to showcase more screenshots of its upcoming aircraft for Microsoft Flight Simulator as of late.

Today we get to take another look at the Bombardier CRJ and de Havilland Canada DHC-6 Twin Otter add-ons (Sources: 1, 2).

On the CRJ front, we get to see another Delta Connection livery. At first sight, it may seem the same as the one showcased yesterday, but closer observation reveals that it’s quite different.

The CRJ package will be the first aircraft add-on released by Aerosoft for Microsoft Flight Simulator. At the moment, we don’t have info about a specific date, but all signals show that it’s very close.

The second aircraft in order of release will be the Twin Otter, and today we’re getting a look at the cockpit.

We even get an image of what it looks like within the tools, with an explanation from Project Manager Mathijs Kok. Please don’t ask me what it means. I’m just the messenger and this is way beyond me.

“What you see here are is the UV Mapping is a projection function which projects a pixel of a 2d pixel source (also called a texture map) onto a 3d surface (called mesh or geometry). The useful mathematical fact used here is the existence of the “manifold” which is a surface with at least a dimension less than its host vector space.”

It’s worth mentioning that the Twin Otter is one of the first add-on aircraft for Microsoft Flight Simulator confirmed to be coming for the Xbox Series X|S version.