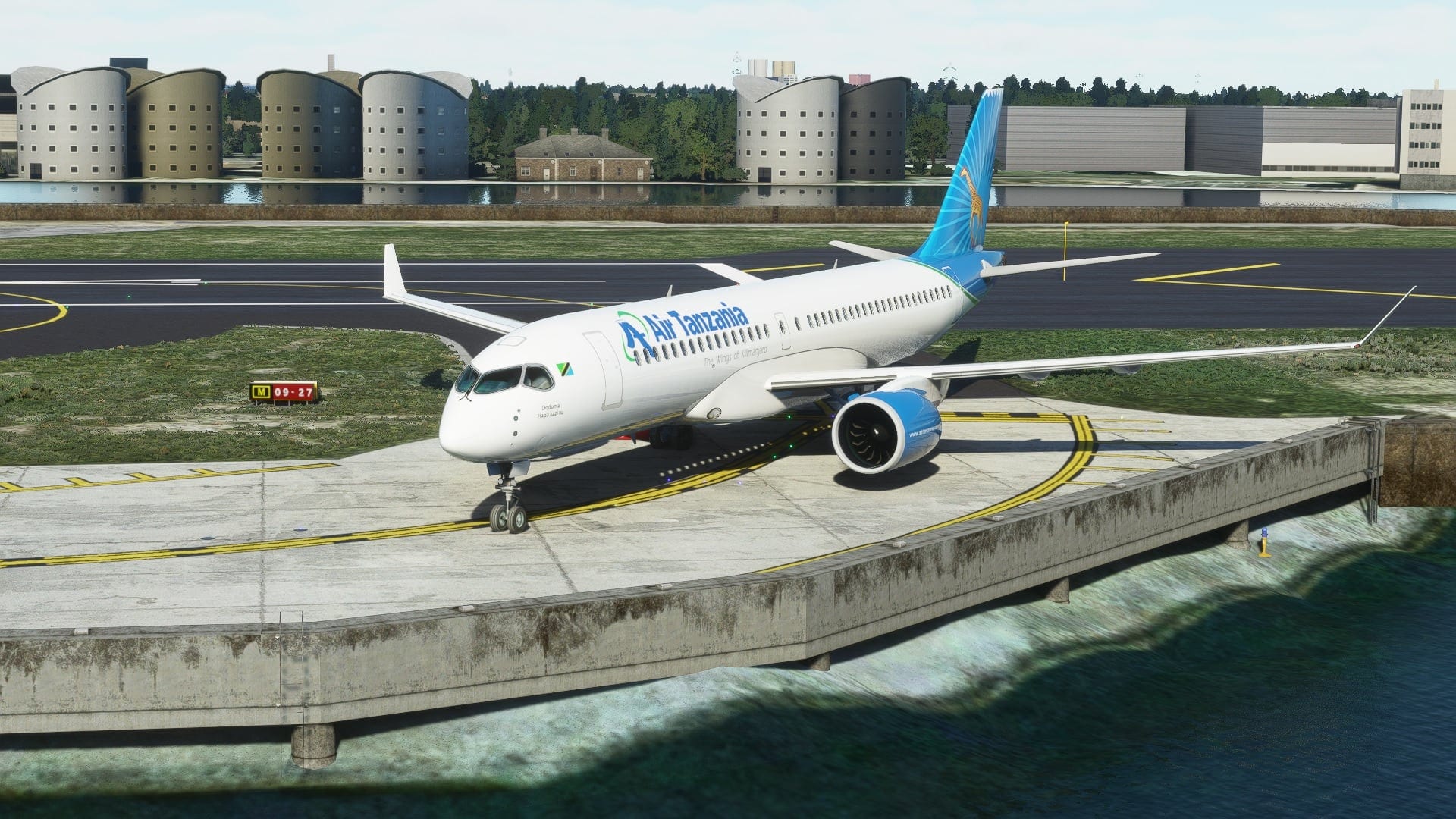 Whiskey Jet Simulations showcased another look at its Airbus A220, this time around showing the Air Tanzania livery.

I’m not sure what an Air Tanzania A220 would do at London City, but there you have it.

More images come from Aerosoft, focusing on the upcoming Bombardier CRJ. We get to see the Skycam that lets the pilots take a look in the passenger cabin, and the improved side of the doors, that has been tweaked due to user feedback.