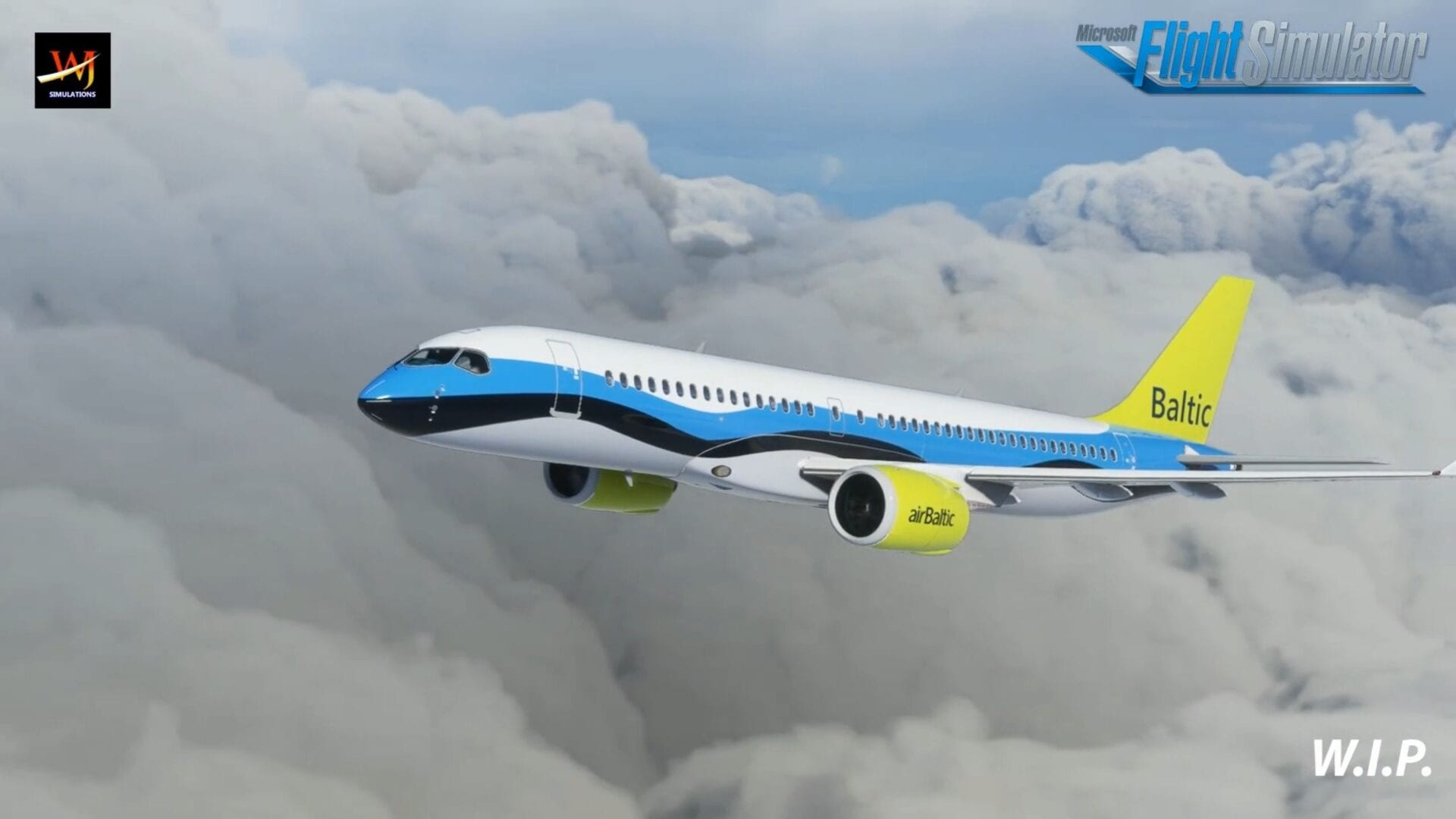 First of all, we get a new video from Whiskey Jet Simulations about its upcoming Airbus A220 add-on aircraft.

The video shows a work-in-progress Air Baltic livery alongside a take-off from London City Airport and a bit of flying.

On top of that, the 1.0 update for the F-15 Eagle add-on by DC Designs (which we reviewed a few weeks ago) has now been released and is available on Just Flight for those who purchased the aircraft. It brings a lot of changes and fixes announced last week.