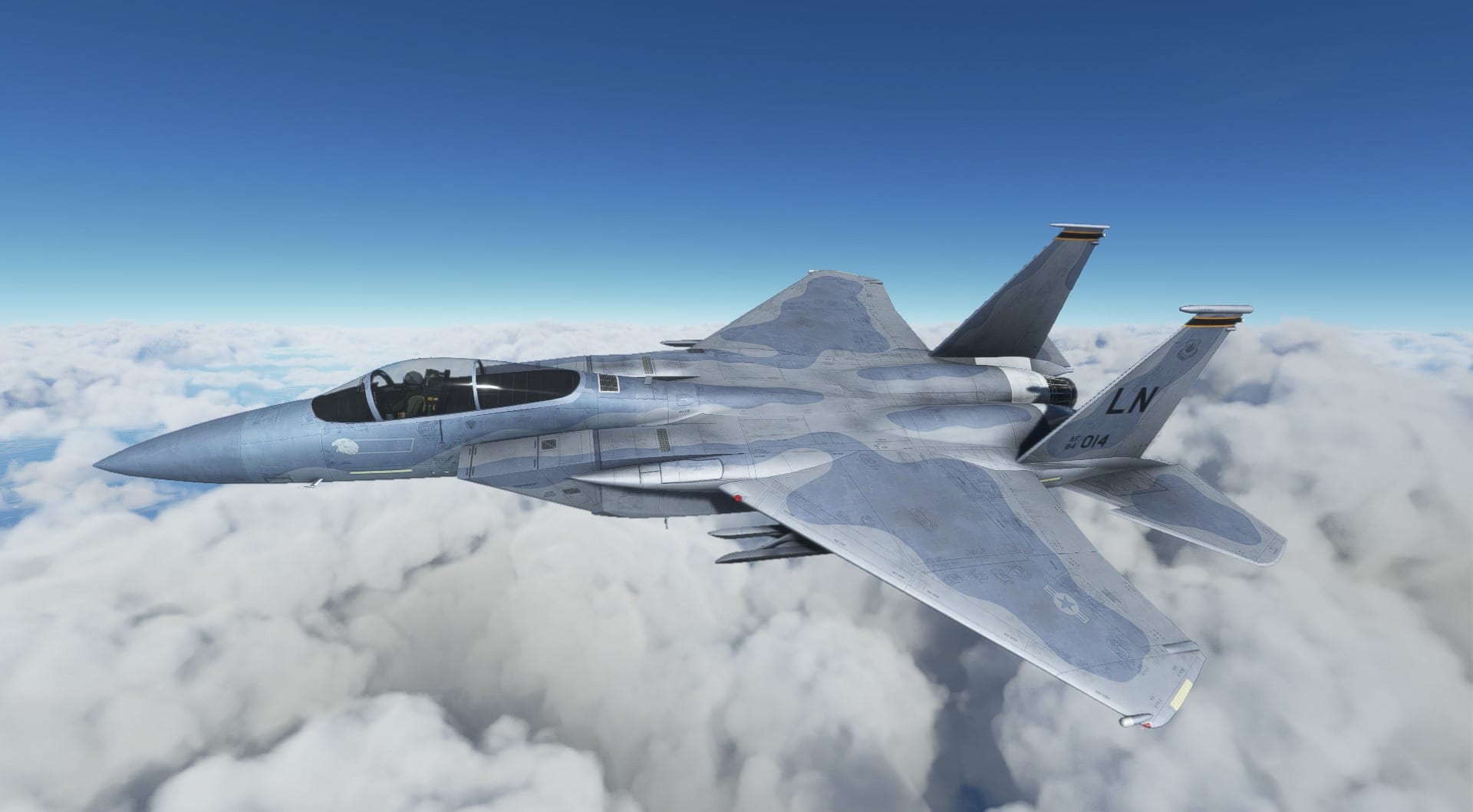 Third-party developer DC Designs announced today that the next major update for the F-15 add-on for Microsoft Flight Simulator is coming early next week.

The update was supposed to come today, but the fixing of a texture glitch caused the small delay, with the new build (version 1.0.0) which will be submitted to JustSim on Monday.

We get a handy list of changes, which are rather major, and a look at the updated visuals of the aircraft, which we reviewed a few weeks ago.

Autopilot remains a simple 3-axis system, and does not have selectable VS or ALT. Fly to the required “numbers”, activate AP master, then grab HDG Hold, ALT Hold.
Set throttle for airspeed.
Set GPS/NAV switch to “NAV” for VOR navigation, switch to “GPS” to follow a flight plan.