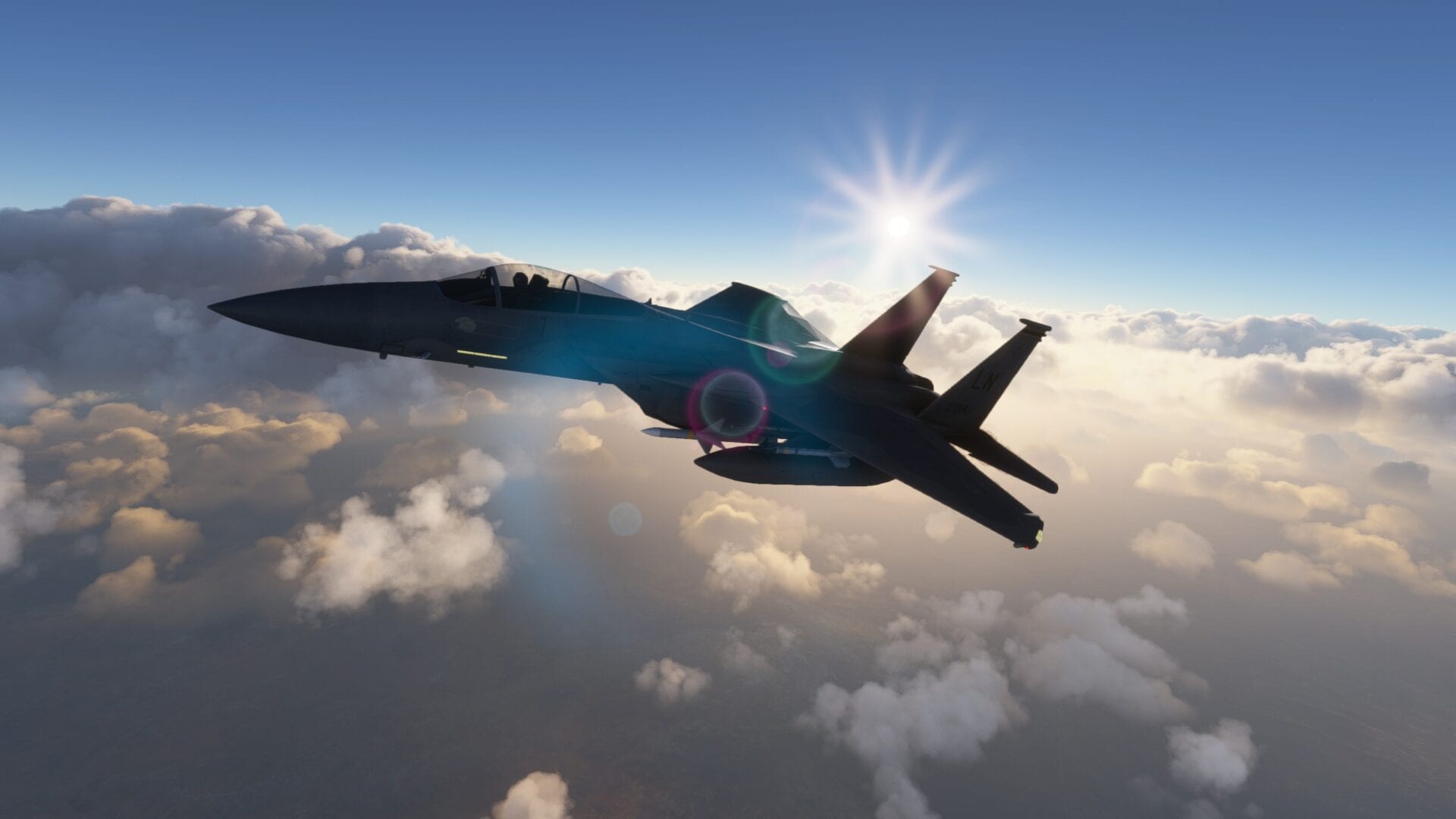 The trailer features the included variants (the F-15C, the F-15D, the F-15E Strike Eagle, and the Israeli F-15I) and liveries in action, and looks quite spectacular.

You can check it out below, and you can read my own review if you want to learn and see more about the aircraft.

On top of that, we learn that DC Design is already addressing two issues included in my review. An update coming next week will bring bug fixes and will make the aircraft capable to fly at Mach 2 at altitude, which is a lot more in line with the real performance of the F-15.

On top of that, the resolution and detail of the cockpit will be improved, while the developer is also working on ironing out the performance issues caused by the HUD.

You can also check out our interview with Orbx CEO Anna Cicognani and one about FlyByWire’s popular A32NX mod.