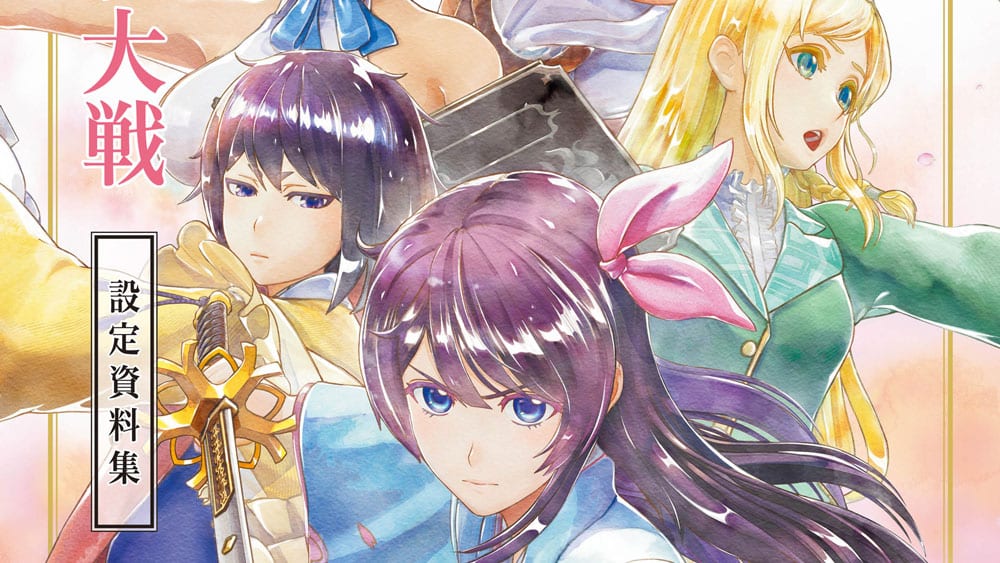 Today Kadokawa and Sega announced a new artbook that will make fans of Shin Sakura Taisen (simply known as “Sakura Wars” in the west) quite happy.

The Shin Sakura Taisen Setting Material Collection is a rather massive 256-pages A4-format volume priced at 3,700 yen plus taxes.

Pre-orders went up today on Amazon Japan, and the release date is on March 30 in Japan.

The content is quite rich including never-seen-before images of characters and mecha, setting illustrations, detailed profiles of the characters, technical specifications of the mecha, background boards, storyboards, a description of the technology in the game’s version of 1919, exclusive developer interviews, timeline information, and details on each floral revue.

A “DX” version is also available for 7,100 yen plus taxes (it can be pre-ordered via the game’s official store), including a three-sided sleeve case, a B2 tapestry, and a set of stickers reproducing the beautiful performance pamphlets that you can find in the Imperial Theater in the game.

You can see the cover and all the bonuses of the DX package below.

If you want to see more about the game, can also check out the latest English trailer, some gameplay showing Claris in action, another trailer, the previous gameplay and more trailers, more screenshots, the first trailer of the character design series featuring Bleach creator Tite Kubo, the previous gallery of screenshots, the one before, another batch of images focusing on romance, another reveal with two new characters and videos, and the beautiful anime opening cutscene,