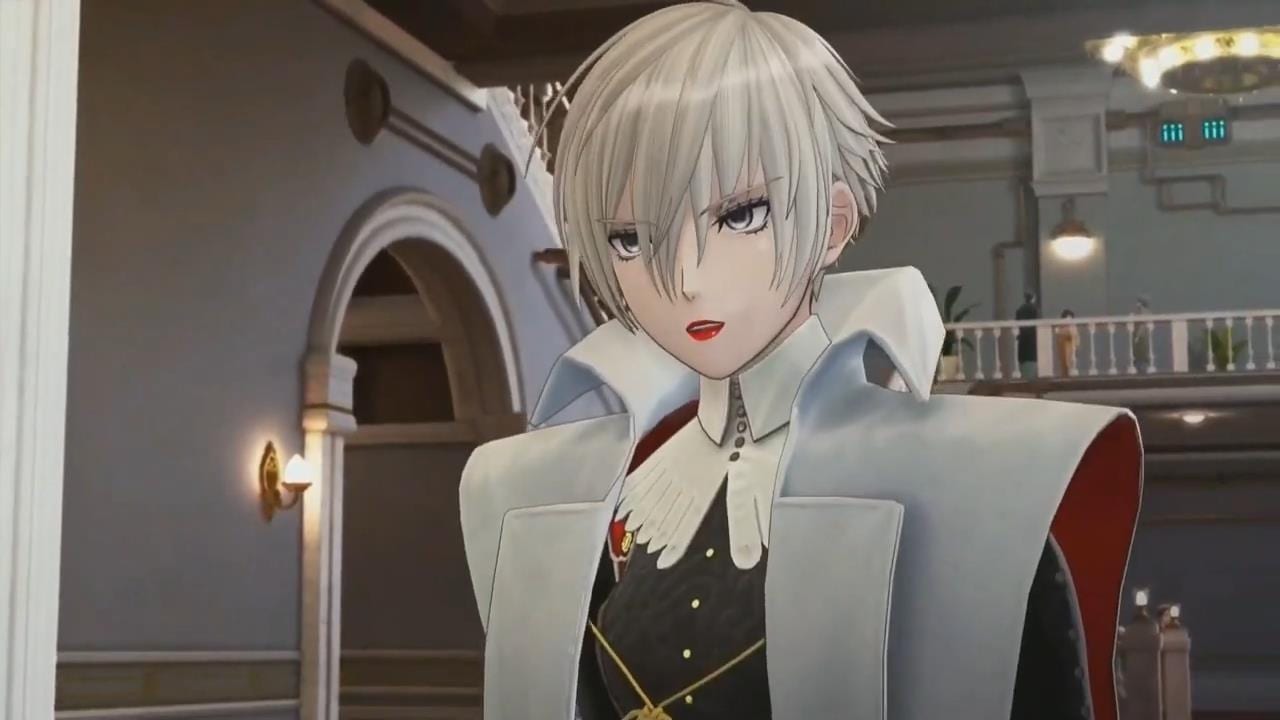 First of all, we learn more about the new character designed by Persona 5 artist Shigenori Soejima and voiced by the ultra-popular Miyuki Sawashiro.

If the name alone doesn’t ring a bell, she is known for a massive number of famous characters like Sinon in the Sword Art Online series, Ivy in SoulCalibur, Amagi and Monarch in Azur Lane, Minfilia in Final Fantasy XIV, female Robin in Fire Emblem Awakening, Camilla in Fire Emblem Fates, Katalina in Granblue Fantasy, Elizabeth in Persona 3, Milla in Tales of Xillia, and many, many more.

She is an old friend of Tekkan, Sakura’s father, and Sakura’s sword instructor. She has an outstanding sword technique, a clear mind, and a calm and mild personality. Yet, she’s not perfect, her hobby is making puns, confusing those around her all the time.

More screenshots showcase Ikusa-chan (Battle-chan), a battle simulator that the player can find in the underground hangar. It allows you to replay cleared story battles, as well as various missions. By completing those missions you can earn bromides.

Then we move on to the Smartron, which is a mobile device that the protagonist Seijuro Kamiyama always carries in his pocket. It’s basically your steampunk smartphone.

It comes with a map feature that lats you see not only your location, but also that of events involving other characters.

An activity record feature lets you check out information on the main story and subquests that you have cleared so far, and replay cutscenes.

Another meu lets you check out the bromides that you have collected in the game.

Like any quasi-smartphone, it also lets you receive calls from other characters.

Last, but not least, you can play the minigame Sekai Koikoi Taisen (World Lovelove Wars). As the game progresses, you’ll receive challenges from different opponents.

Speaking of bromides (collectible images displaying the heroines of Project Sakura Wars, which are a classic feature of the series), on top of purchasing them at the store, you can also find them around the game’s world.

The gallery also shows some screenshots of World Lovelove Wars, which is a card minigame played against the heroines. Apparently, you can unlock a lot of different opponents as you go.

Check the gallery out below.

If you want to see more about Project Sakura Wars, you can also enjoy the first trailer of the character design series featuring Bleach creator Tite Kubo, the previous gallery of screenshots, the one before, another batch of images focusing on romance, another reveal with two new characters and videos, the beautiful anime opening cutscene, a music video dedicated to Sakura, one featuring Hatsuho one focusing on Elise, one showcasing Lancelot, one featuring Anastasia Palma, another starring Huang Yui, one showing Claris, more trailers, the latest gameplay,  latest gallery of screenshots, another gallery, the previous gameplay reveal, another one, and an earlier gallery of screenshots and art.