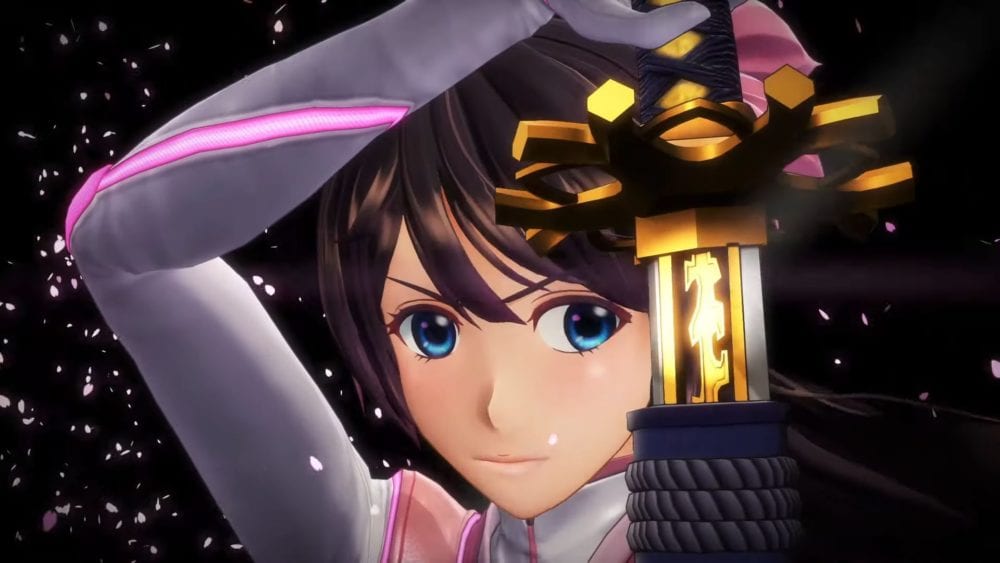 First of all, we get to see hero and heroine Seijiro Kamiyama and Sakura Amamiya in their battle uniform, before moving to the presentation of the two new characters.

Yan Shaolong 18-year-old, is the captain of the Shangai Revue “Go Shin Ryu.” He’s a direct and hot-blooded young man, always speaking with a smile on his face regardless of the topic. His fighting powers and offensive skills are solid and he is a great cook nicknamed “Rice-chef of Fire,” famous for his fried rice.

He is voiced by Yuuichirou Umehara, known for Ira in Kingdom Hearts and  Cyrus Albright in Octopath Traveler, Goblin Slayer, and Siegfried Kircheis in The Legend of the Galactic Heroes: Die Neue These.

Huang Yui, 16-year-old, is a member of the Shangai Revue “Go Shin Ryu.” She is a usually well-behaved, bright, hones, and active girl. While she is cheerful, she feels massive admiration for the Floral Revue, so she might find it difficult to hit its members. She also feels admirations for Sakura Amamiya who tries so hard while never giving up. She gets along with the other senior members as well.

She is voiced by Sumire Uesaka, known as NiCo in Dead or Alive 6, and Falke in Street Fighter V. She is also the addictively adorable Akashi in Azur lane, alongside Saratoga, Queen Elizabeth, Warspite and Deutschland.

We also get to see their base of operations. Despite being part of the Shanghai revue, they live in the Japanese Imperial Capital. They run the Chinese restaurant “Shinryuken” in Ginza Yokocho. People often line up to taste Shaolong’s fried rice.

We then move on to the newly-revealed battle system. The game’s story alternates between adventure sections and battle sections, While in battle (which are action-based), we’ll be able to switch between the captain’s mecha and the rest of the revue. This lets the player take advantage of every character’s unique abilities and to deliver an endless stream of attacks to defeat their enemies.

Since the team becomes stronger in battle by developing relationships with its members, it’s important to combine combat with story progression.

Normal attacks are delivered with the square and triangle buttons. It’s possible to jump and dash across the battlefield and use various actions like wall-running and just dodges.

If you meet special conditions you can perform combo attacks with other members of the revue.

If you avoid an enemy attack with perfect timing you can perform a just dodge, that also results in a split-second counterattack.

Bonds with members of the revue won’t just increase during the story, but also in battle depending on your gameplay actions. Conversely, dramatic events, storytelling, and dialogue among characters also happen during combat.

Seijiro Kamiyama’s Ryoushi Sentoki Mugen is a mecha capable to deliver a variety of attacks dual-wielding its swords. You can use it to run across the battlefield unleashing mighty combat power. Its deathblow “Vertical Void Edge [Storm]” can overwhelm the enemies with a flurry of attacks.

You can check out all the screenshots and artwork below.

If you’d like to learn more about Project Sakura Wars, you can enjoy the original reveal, a lot of additional information directly from the developers, more comments from Sega CEO Haruki Satomi, a batch of screenshots, even more images including the first glimpse of gameplay,  the previous extensive gameplay reveal, and the previous gallery of screenshots.