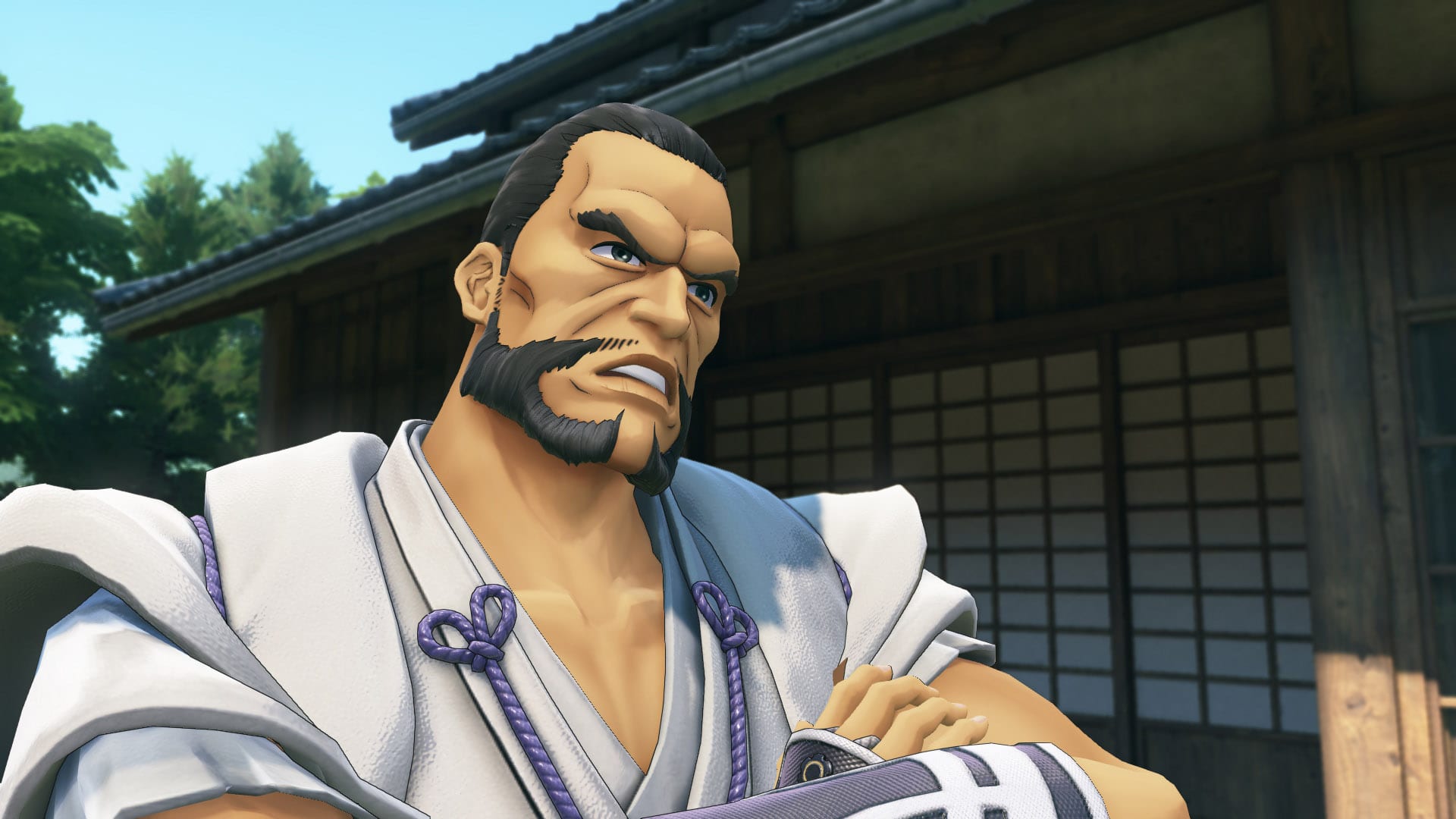 We get to see a few interesting personages starting with Hinata Amamiya, designed by Bleach creator Tite Kubo and voiced by Mariko Kouda. She is Sakura’s mother.

Unfortunately, she is already dead when the story of the game happens, having passed away when she was only 27 years old. Yet, her positive “never give up” attitude had a strong influence on Sakura, who inherited her traits.

Her sword “Amamiya Kunisada” was passed on to Sakura upon her death, carrying on her feelings.

Tekkan Amamiya is Sakura’s father, also designed by Tite Kubo, and voiced by Shu Hayami. He is 42 years old.

He is a blacsmith who has founded his life on his profession. He as lived alone after losing his wife.

He is a quiet man who only spares few words, with a personality typical of a craftsman. He treats Sakura’s childhood friend Seijuro Kamiyama (the hero of the game) with familiarity.

As the chief of the Mochizuki Ninja Village, he has seen to Azami’s training on behalf of her parents, also teaching her the 108 rules of the clan. She visits the Imperial city every weel to check on her since she joined the new Floral Revue.

“President G” is voiced by Ryoutarou Okiayu, and he is another of the characters designed by Tite Kubo.

He is the leader of the WLOF, short for World Floral Revue Federation. While the specific person has changed over the generations, the title has remained the same, while the real name, age, and birthplace are kept secret.

Some believe that “G” is the first letter of his real name, but this isn’t confirmed.

Mr. I’s name is also unknown. He’s the head of WLOF’s men in black and President G’s right hand man. His primary task is gathering intelligence for his boss.

If you’d like to learn more about Project Sakura Wars, you can enjoy the previous batch of screenshots focusing on romance, another reveal with two new characters and videos, the beautiful anime opening cutscene, a music video dedicated to Sakura, one featuring Hatsuho one focusing on Elise, one showcasing Lancelot, one featuring Anastasia Palma, another starring Huang Yui, one showing Claris, more trailers, the latest gameplay,  latest gallery of screenshots, another gallery, the previous gameplay reveal, another one, and an earlier gallery of screenshots and art.