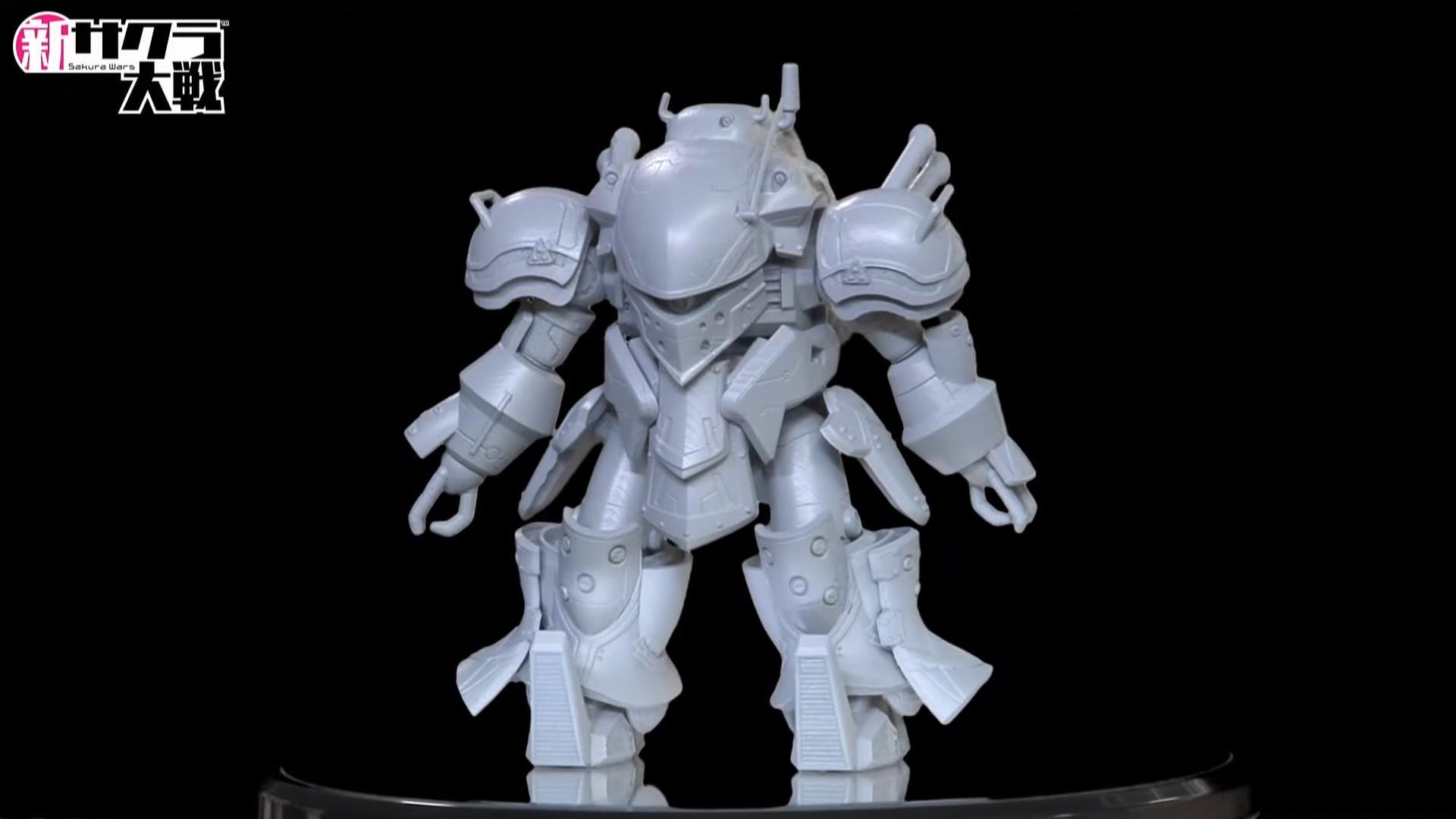 Today Sega revealed the first look at the plastic models in the works portraying the Mugen mecha that appear in Project Sakura Wars for PS4.

The unpainted prototype of the upcoming plastic model kits was showcased during a livestream from Japan.

Of course, this is a work-in progress, and the model will likely be refined further before it’s finalized as a model kit from Bandai Spirts’ HG brand.

In the video we also take a better look at the upcoming Koubu Kai models from the same brand which will be released in January and in March 2020.

Specifically, we get to take a good look at the mechanism that lets you open the cockpit and display the unpainted pilot figurine inside.

While the models come pre-painted, the pilot will require painting, unless you’d rather keep the figurine as-is-