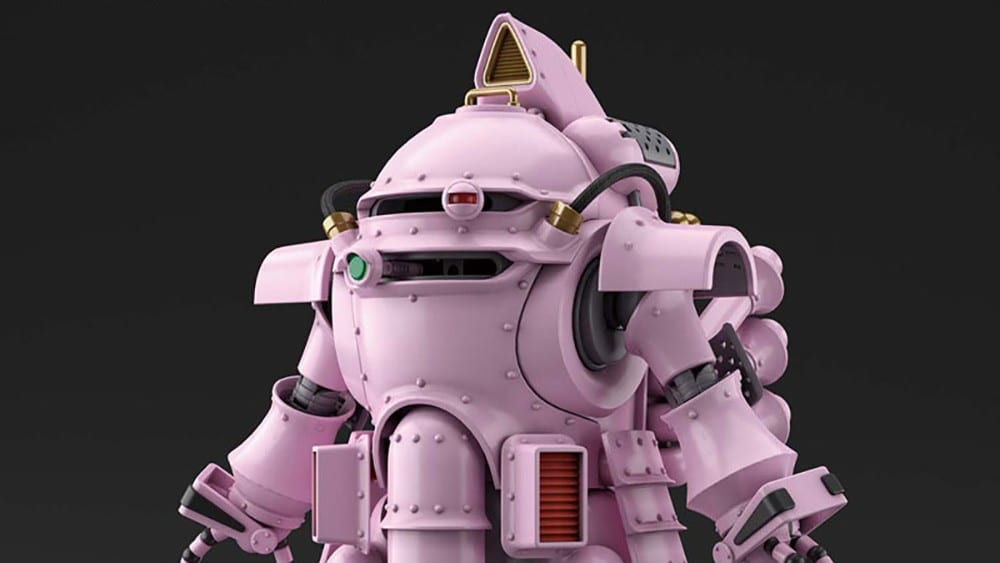 Today Bandai made a very special set of plastic model kits available for pre-order in Japan, and they’re from Sakura Wars 2.

The model kits, revealed just a week ago at the All Japan Model Hobby Show in Tokyo, portray the pink and white Koubu Kai piloted in the game respectively by heroine Sakura Shinguji and hero Ichiro Ogami.

They will be out in Japan in January and a third portraying the Koubu Kai piloted by everyone’s favorite diva Sumire Kanzaki will be released in March, so it’s not up for pre-order just yet.

You can find then on AmiAmi here and here priced at 2,880 yen each, which translates into a rather affordable $27.

Being model kits, they require assembly and come with decals, but since they’re part of Bandai’s HG brand which normally includes entry level gunpla, they’re likely to be really easy kits to build.

Of course, if you want the best result, you can also paint them, but like for most gunpla, it doesn’t appear to be required.

The kits will also include a small figurine of the pilot that can be seated in the cockpit which opens and has full interior details.

Intrestingly, it appears that they also comes with rather special materials (which are more often found in RG models by Bandai) like nylon tubes and lead wires.

You can check out what they look like in the gallery below. Do keep in mind that those are actually prototype models in CG, and not actual pictures of the finished product.

In other Sakura Wars news, we just learned that the fan translation of the Sega Saturn version of the first game is close to its release.