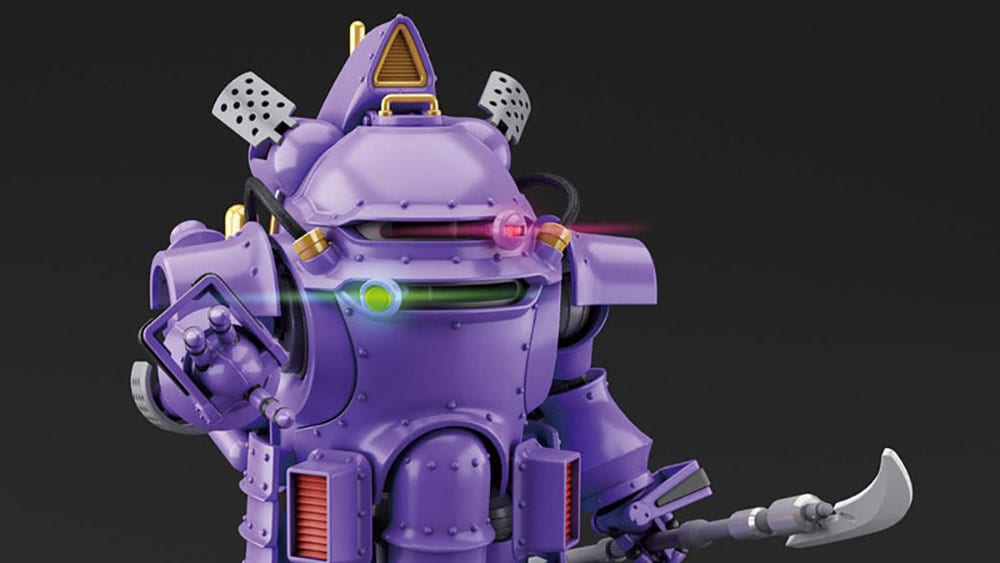 Like the other two, this one was revealed at the All Japan Model Hobby Show in Tokyo, but will be released a bit later, in March 2020.

It’s up for pre-order at AmiAmi for 2,880 yen, which translates into approximately $27.

Being model kits, they require assembly and come with decals, but since they’re part of Bandai’s HG brand which normally includes entry level gunpla, they’re likely to be really easy kits to build.

Of course, if you want the best result, you can also paint them, but like for most gunpla, it doesn’t appear to be required.

The kits will also include a small figurine portraying Sumire Kanzaki that can be seated in the cockpit which opens and has full interior details. The herioine’s figurine does require painting if you want to display her in full detail.

Like the rest of this series, it alalso includes details in special materials (which are more often found in RG models by Bandai) like nelon tubes and lead wires.

The 1/20 scale means that it’s pretty small (like most HG kits), but at the moment we don’t have precise measurements.

You can check out what it looks like in the gallery below. Do keep in mind that those are actually prototype models in CG, and not actual pictures of the finished product.

In other Sakura Wars news, we recently learned that the fan translation of the Sega Saturn version of the first game is close to its release. Sumire Kanzaki will also appear in the brand new game Project Sakura Wars, coming to PS4 in December in Japan and next year in the west.