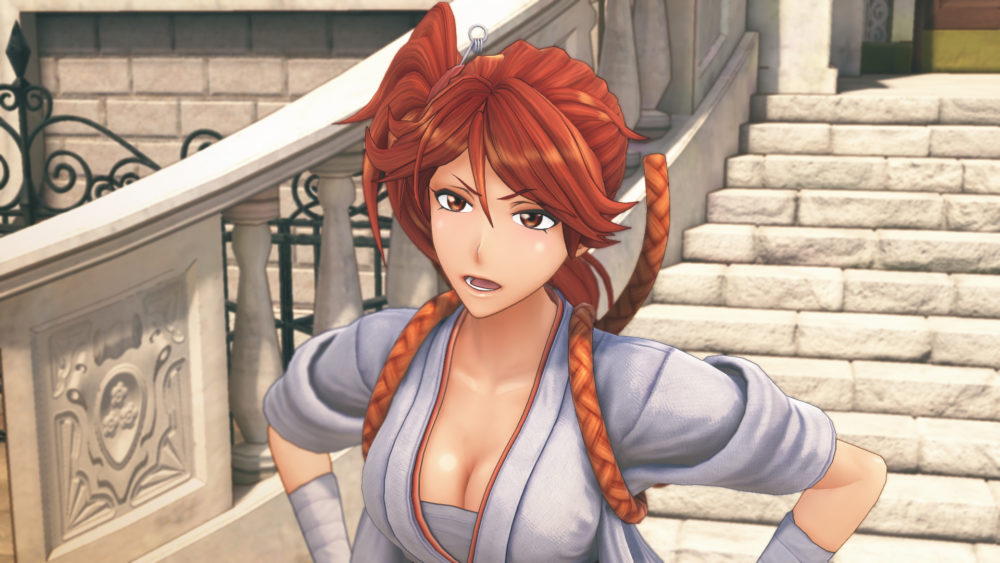 Her crimson Mugen-type mecha uses a giant hammer, and we get to see her powerful fire-based attacks, including her special move Shinonome Jinja no Kagura Hammer, which can pretty much devastate everything around her.

We even get to see a battle against a rather large boss at the end, and how the game scores you after a mission.

On top of that, we learn that we’ll soon be able to play the game at home. A demo will be released on the Japanese PlayStation Store on November 21. It’ll include both the adventure and battle portions of the game.

One thing is for sure: this game looks more awesome every time I see it. You can check out the video below and see for yourself.

If you’d like to learn more about Project Sakura Wars, you can enjoy the latest reveal with two new characters and videos, the beautiful anime opening cutscene, a music video dedicated to Sakura, one featuring Hatsuho one focusing on Elise, one showcasing Lancelot, one featuring Anastasia Palma, another starring Huang Yui, more trailers, the latest gameplay, latest gallery of screenshots, another gallery, the previous gameplay reveal, another one, and an earlier gallery of screenshots and art.