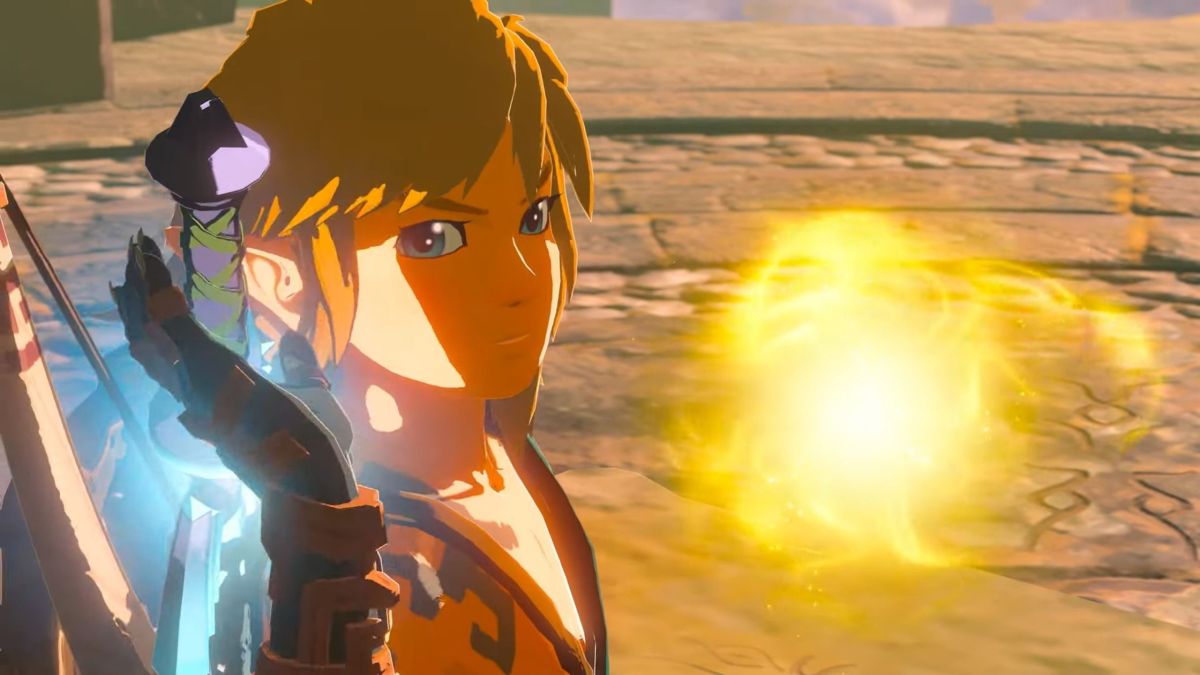 2022 has given us no shortage of amazing games. From major AAA releases like Elden Ring, Xenoblade Chronicles 3, and Horizon Forbidden West, to even smaller games like OlliOlli World and Teenage Mutant Ninja Turtles: Shredder’s Revenge, it feels like there’s something to play no matter what kind of gamer you are.

That said, there are a fair amount of games that we haven’t heard anything from. The lack of information or showcases of these anticipated titles has us worried. Here are 10 such games that are missing in action, leaving us to err on the nervous side.

After over a decade of waiting, The Game Awards 2021 graced us with the long-awaited announcement of Alan Wake II. Director Sam Lake noted that Remedy Entertainment would “go dark” for a while but have more information on the game in 2022, with the hope that it would be ready by the Summer.

As it turned out, Remedy announced that we wouldn’t see anything of the game over the Summer. Since then, all that we’ve gotten are some cheeky tweets reaffirming that the game does indeed exist.

If nothing else, Remedy sure quelled some worries with those tweets: gamers might have forgotten that Alan Wake II would be the second game in the Alan Wake franchise. Nevertheless, given that the original will be 13 years old by the time the sequel releases, gamers have to be chomping at the bit to get their next look at Remedy’s upcoming survival horror game.

With Avatar’s big sequel, Avatar: The Way of Water, finally seeing a release this December, it feels like there’s a light at the end of the tunnel. Over a decade after the first movie, audiences will finally be able to travel back to Pandora in this long-awaited upcoming film.

With the massive amount of hype surrounding the movie, it might be easy to forget about Ubisoft’s upcoming video game, Avatar: Frontiers of Pandora. After closing out the publisher’s E3 2021 showcase, we’ve seen nothing of it in the year since, and it has been delayed to either 2023 or 2024 (the latter of which would tie into the release of Avatar 3).

There’s always the chance that it could resurface at an upcoming event, such as the Disney & Marvel Games Showcase or the Ubisoft Forward, both set to take place in September. Still, the fact that we’ve only seen a small amount of it as of right now puts us on the cautious side.

Sony’s first PlayStation 5 showcase back in 2020 has mostly delivered on its promises. Virtually every first-party game announced has been released and seen success, and almost every third-party and indie game has made it out for the PlayStation 5. There is one game, however, whose status remains extremely ambiguous: Pragmata.

Capcom’s first trailer for this enigmatic space adventure gave flashbacks to Hideo Kojima’s Death Stranding, and its elusiveness made it a game worth following. Since that initial announcement, though, Capcom only reminded us of its existence with a short video announcing its delay to 2023.

Capcom will have more than enough for gamers to look forward to over the next year, including the Resident Evil 4 remake and Street Fighter 6, but Pragmata is still a major question mark. Here’s hoping the publisher will have more to show for it soon.

Suicide Squad: Kill the Justice League looked to be coming along nicely when it was showcased at The Game Awards 2021. However, this past March, Rocksteady Studios confirmed the game would be delayed to Spring 2023 in order to polish it up.

This is a valid move to make sure it’s as strong as can be, but we haven’t heard a thing about it since the delay. There are more than enough chances for the game to make a reappearance in 2022, but will Warner Bros. Interactive Entertainment have enough time to market it before the inevitable Spring release? Given its initial promise, we can only hope so.

Admittedly, it might be punching down bringing up a game like Abandoned, but the entire development cycle of this game has been worrying. With developer Blue Box Game Studios’ previous failed attempts at releasing games, to the supposed ties to Hideo Kojima, to never-ending associations and hints playing it up as a Silent Hill game, Abandoned has been a mess to follow that seems like it’ll never lead to a playable product.

Following an indefinite delay in March, an investigation was done into the game’s “development” that painted director Hasan Kahraman as hosting toxic chat rooms while showing assets that were believed to have been used by Kahraman to trick gamers into thinking Abandoned was a new Silent Hill game. Along with such reports, it was said that…hold your breath…Abandoned hardly exists as an actual video game.

Kahraman has since made his Twitter private as a result of online harassment, and Blue Box Studios has not commented on the investigation. At this point, though, it doesn’t seem like the company can do anything to convince gamers that this is anything other than a hoax. No matter what any “Blue Box employee” says, the developer has lost the faith of gamers, and it may be best to just exit with some amount of dignity intact.

In January 2021, Bethesda announced a new Indiana Jones game, set to be developed by the current Wolfenstein developer MachineGames. It was shown alongside a small CGI trailer, as well as the announcement that Bethesda Game Studios’ Todd Howard would produce.

Since then, there has not been a single update about the game. We haven’t even received the obligatory “it’s still in development, and we can’t wait to share more” statement from MachineGames, Bethesda, or the publisher’s new owner, Xbox Games Studios.

Sure, this could very well be the result of Todd Howard having a lot on his plate; beyond the upcoming release of Starfield, he’s also producing The Elder Scrolls VI and is set to work on Fallout 5 afterward. Still, it would be nice to get some kind of update that the game is coming along okay.

Not long before the release of its wildly successful Hitman 3, IO Interactive announced that it would be working on a new James Bond video game, Project 007. After a brief teaser was released in November 2020, IO Interactive has been completely quiet about it in the nearly two years since.

Of course, this comes with the massively high expectations placed on it; with the incredible amount of polish that IO Interactive put into Hitman 3, combined with this being the developer’s first time handling a licensed franchise (and a massively popular one at that), gamers are surely expecting Project 007 to top GoldenEye and become the new definitive James Bond experience. Here’s hoping IO Interactive will be back soon to give us more on this promising title.

Tom Clancy fans finally had their calls answered in 2021 when Ubisoft announced that a remake of Tom Clancy’s Splinter Cell was in development. At the time, it was confirmed that the game was still in the earliest stages of development and that the company was still hiring talent to make it happen.

Thankfully, it was confirmed that the game would stick to the franchise’s roots and be a linear title, as opposed to taking place in an open world. This is early good news for hardcore fans, and hopefully, that audience will have their worries quelled when the gameplay is eventually ready to be shown.

It seems strange to ever have to worry about a Zelda game, given that the franchise is one of the most iconic and revered in gaming history. True, the sequel to The Legend of Zelda: Breath of the Wild will almost surely be a fantastic game when it releases, but it’s been strange to see Nintendo be so quiet about it.

Perhaps it was the lack of a mid-year Nintendo Direct this past June that amplified that silence, but we’ve seen very little of a game that’s supposed to launch in the first half of next year. Hopefully, a Nintendo Direct will come soon that will bring us more Zelda goodness.

Truthfully, this entire list could’ve been first-party Xbox titles. It almost felt unfair how many first-party Xbox Series X|S games have been M.I.A. over the past two years, and there was no other choice but to combine them all into one entry.

Avowed, Everwild, Fable, Senua’s Saga: Hellblade 2, State of Decay 3, all games that were announced before the release of Xbox’s new consoles that we’ve hardly heard a peep about since. Even after the console’s release, we got announcements of Perfect Dark, Contraband, and The Outer Worlds 2, but Microsoft has been conspicuously quiet about all of them.

During the Xbox & Bethesda Games Showcase this year, presenters constantly made it a point to reference that everything shown was expected to release within the next year. It almost felt like a subtle admission that Xbox tends to announce games too early, and given that all of the aforementioned titles were no-shows, that point rings even louder.

The teams behind these games are loaded with talent, and we’re sure that they’ll be must-play Xbox Series X|S system-sellers by the time they’re ready to go. But how long will it be until they’re ready to go? It further enforces the notion that developers must stop announcing games too early and that flashy CGI trailers mean nothing if the gameplay is not there.

These are just a few games that have been missing in action that we’ve been hoping to hear more about in 2022. What are some you’ve been missing? Let us know in the comments!

Sackboy: A Big Adventure Might Be Coming To Steam