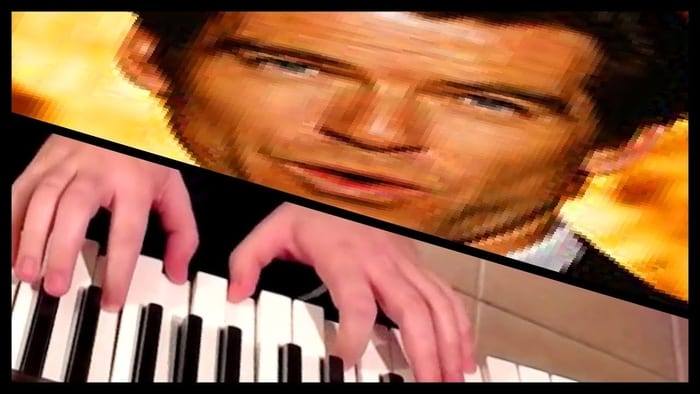 In the newest episode of “watch gamers play games by using very odd things,” we have a YouTuber who has synced up a piano with GoldenEye 007 (the N64 game) and has managed to get through the menus and complete the first stage in its entirety.

We’ve seen people do stuff like this before, so it doesn’t really surprise me. Just a couple of months ago we reported on a guy who defeated Sekiro: Shadows Die Twice bosses by using a steering wheel… yes, the same peripheral device used to play driving sims.

In the video down below, Jackson Parodi first shows the audience all of the buttons that have been mapped to this keyboard. He has the analog stick controls on the middle of the piano, the C stick mapped to the left, and the other main buttons on the right.

He starts up the game and even plays his own acoustic version of the main theme and menu music of GoldenEeye 007 which is almost as impressive as him actually playing the game by pressing on keys.

Okay, so the first level of this game barely has any combat at all, which might be misleading thanks to the pistol that the character is holding, but regardless, he makes his way to the end with little to no issues.

Would we watch someone play this entire game with this method, you ask? Yes. Definitely. I secretly hope that Jackson starts a Twitch channel and does a full Let’s Play of GoldenEye 007, or just starts doing this with some other games.

If you want to check out more of Jackson’s musically-themed videos, make sure to head over to his YouTube channel right here.

He’s done accordion covers of Frog’s Theme from Chrono Trigger, Animal Crossing music, another from Super Mario Sunshine, and many, many more.

Thanks to Kotaku for the story.