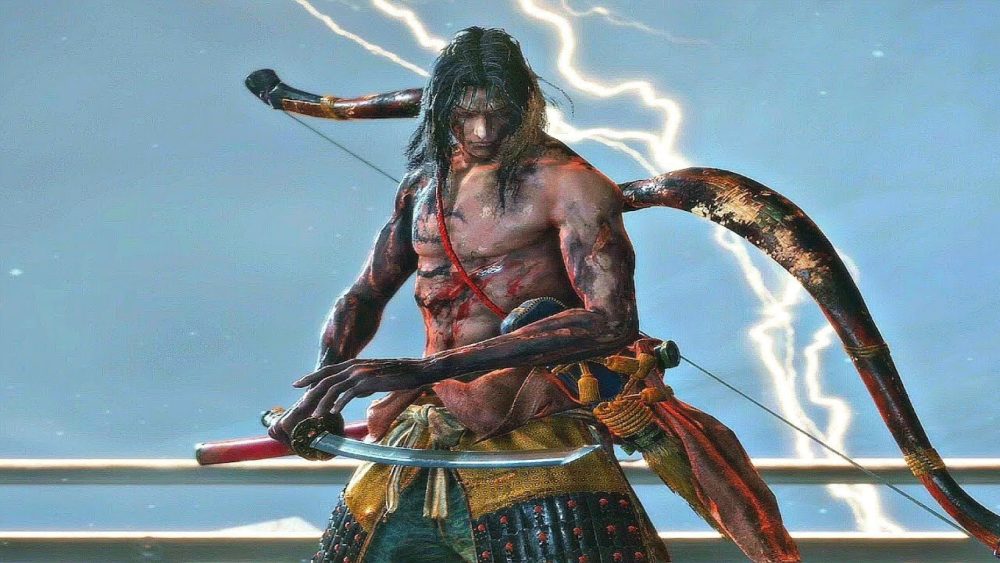 The main difference in combat is the use of a parrying and posture system that switches up the combat, forcing players to block and counter attacks instead of dodge-rolling. Each enemy and the main character himself has both a posture and a health bar, with the posture bar being much more important.

By parrying attacks dealt by the enemies, the more their posture bar decreases, eventually letting Wolf perform a deathblow attack, killing the enemy in one bloody and fatal strike.

Learning how to surpass all of the bosses in the game takes time and preparation if you plan on actually finishing the game. I for one can’t even get past a mini-boss without dying, what feels like, dozens upon dozens of times. Even when I think I’m close to beating someone, I make impatience-fueled decisions that ultimately lead to my demise.

Although Sekiro is insanely difficult for me, other players are breezing through the action game, even defeating some of the bosses with a USB steering wheel for example.

A Reddit user that goes by Cae5ium posted a video of him defeating Genichiro Ashina (one of the hardest bosses in the game) with acceleration pedals and a steering wheel. It’s incredible watching him perform blocks and parries without a traditional controller. He mostly uses his feet to play the game and he describes that the action is similar to “using chopsticks with your feet to eat Mm&Mm’s’ – it all sounds very, very exciting…

And here I am, struggling to kill monkeys, giant chickens, and rabid dogs.

For more on Sekiro: Shadows Die Twice, make sure to check out our glowing review, our wiki guide on the game, and our ranking of all of the bosses, based on difficulty.