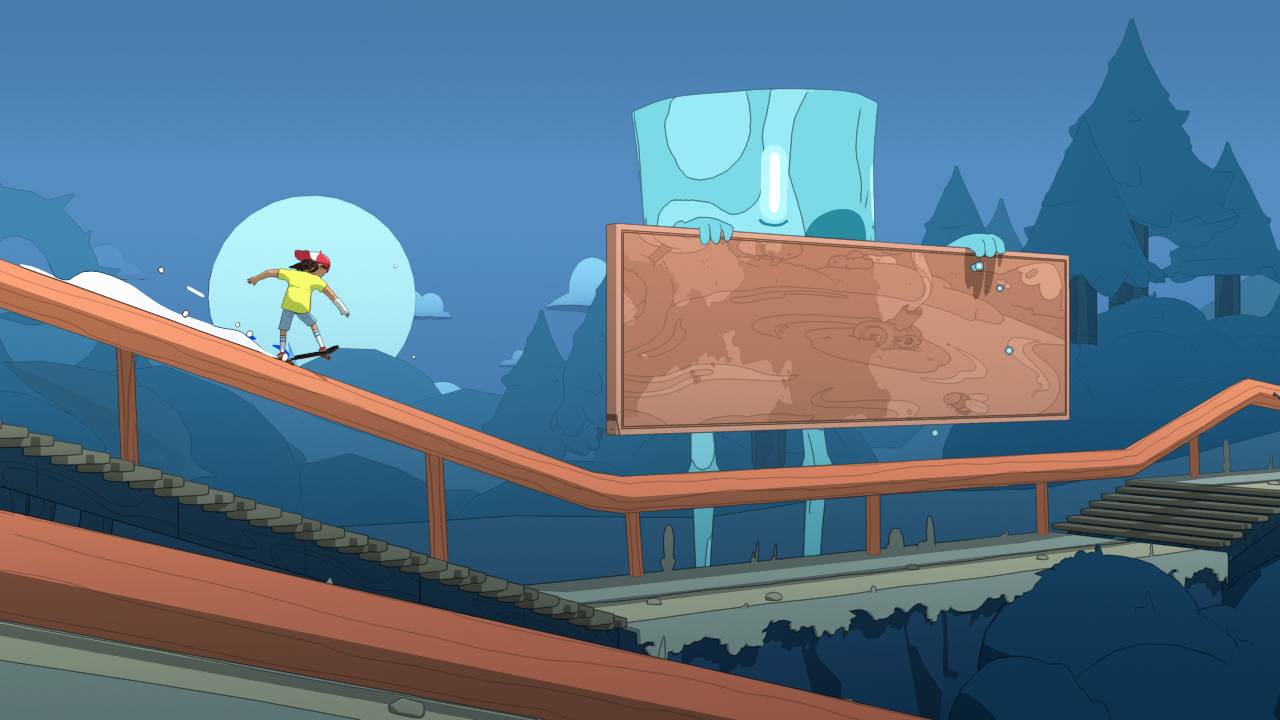 As someone who doesn’t consider themselves a patient gamer, I’m rarely able to find a video game that I like that has mechanics based around trial and error. Yet, despite the many slams I’ve taken throughout the variety of courses in OlliOlli World, few games have relaxed me more over the years.

The concept of Roll7’s OlliOlli World is simultaneously complex and straightforward. While its main goal is to simply get from point A to B in each side-scrolling level, the way that players do that differs significantly, especially with the introduction of a 2.5D landscape.

In the first two games in the series, your character could grind, grab, and flip their way across each level as a way to progress. While doing so, there were also unique score, location, and collectible-based objectives to complete that unlocked new items and levels.

Timing also played a large role in things, as you needed to land tricks and begin your grind inputs at the moment of impact. If you didn’t, your score would suffer, and your momentum could kill your jump.

In OlliOlli World, all of those elements are still an important part of gameplay, but they aren’t the main mechanics and focus. Thanks to the new 2.5D style, features like different paths and halfpipes open up exploration considerably.

Instead of simply going from point A to B, OlliOlli World has routes that will take you to different areas of the map you wouldn’t have gotten to explore otherwise. These routes are full of incentives, including side stories and difficult paths that increase the runtime of each level.

These difficult paths, known as Gnarly Routes, are a blast, as they make for some sick combos that build up the overall score and flow perfectly. The challenge that comes along with them isn’t to be overstated either, with a handful of them requiring deft timing and thought in order to be able to complete them.

The fact that I always went for these routes is a testament to how fun the gameplay and design are, too. No matter how many times I failed while going for the Gnarly Route in OlliOlli World, I didn’t get frustrated. Instead, I would just calculate what I did wrong and try to alter it next time, much like an actual skater would.

The thrill of completing the Gnarly Routes always made the falls worth it, though, as the sense of accomplishment that comes with completing them is amazing. I really felt like I’d earned a high score, which I usually always did, whenever I got through these paths and finished the level. It also didn’t hurt that there was a boatload of great swag you can deck your character out in as incentives as well.

I’m not exaggerating when I say that the amount of cosmetic items the game provides your character from completing objectives is crazy. Whether it’s an Alien Hippy suit, a different stance, or a sick deck, the number of faces, boards, clothes, and other items that can be earned by finishing bonus objectives makes for so many cool, crazy outfit combinations.

What’s great is that this wacky and endless creativity carries over into the level design, with each of the five Biomes in the game boasting their own distinct look and feel.

Whether it is the Ice-Creamed themed streets of the Sunshine Valley or the mystical desert environment of BurntRock, each area features dynamic backdrops that bring the world to life and makes for a hell of a fun skate sesh. I honestly don’t think you can call yourself a skater until you’ve kickflipped in front of a bunch of buff seagulls lifting weights.

The introduction of new Biomes also adds different mechanics to the gameplay loop, with each intro-level starting with a tutorial, then ramping up the difficulty as each new area unlocks. What is nice is that OlliOlli World doesn’t force the difficulty on players. Anyone who wants a chiller experience can just stick to the basic routes, which focus more on the ride while also providing some challenging obstacles here and there.

I will say that the story that has been added in with OlliOlli World isn’t really anything to write home about. The characters are a bit too goofy for my taste and come off more like caricatures of skaters than interesting people I want to hear from at the start and end of each level.

That may be a harsh critique for a world that features Ice-Cream people and Buff Seagulls, but the dialogue was just never funny enough to merit not skipping over. Despite these issues, it didn’t stop me from plowing through the game’s story, and eventually starting the game’s multiplayer.

While I didn’t spend too much time with Gnarvana League or Gnaravana Portal, I can tell you that they are going to be amazing for anyone that loves competition. With League allowing players to go against each other with an active scoreboard and Portal letting everyone create and share levels, the game’s multiplayer will really give the game some legs when it comes to longevity.

All in all, I loved the time I spent playing OlliOlli World. The addition of a 2.5D landscape really opens up the gameplay, which in turn creates so many new ways to play the game. And even though it does face plant a little when it comes to its story, the crazy environments and customization elements that come along with it make everything worthwhile.

Anyone who loved the first two games is going to go nuts for this one, as it kickflips the franchise forward in just about every way. 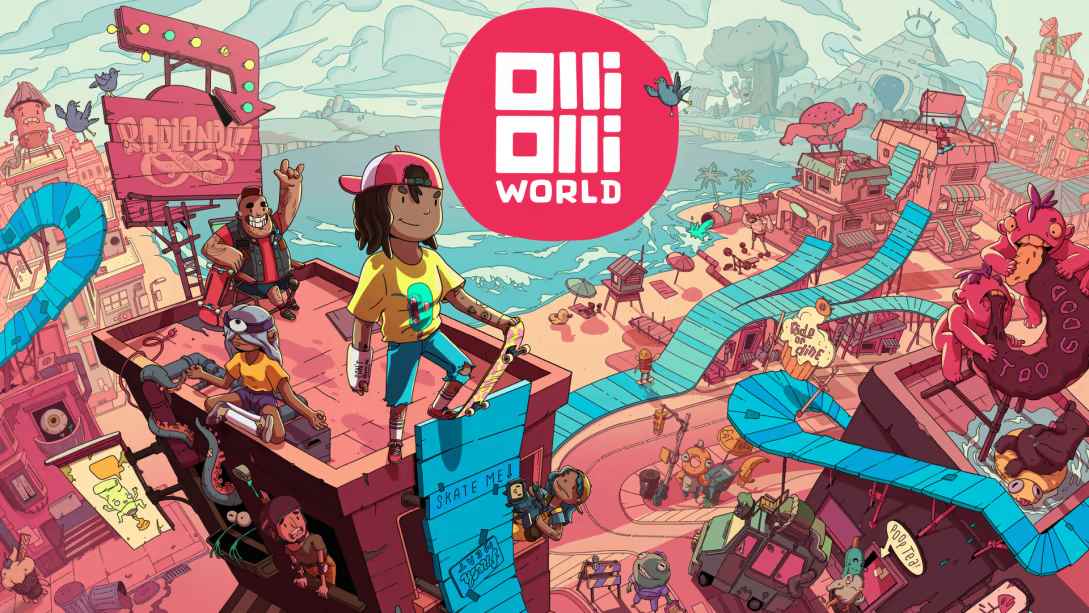