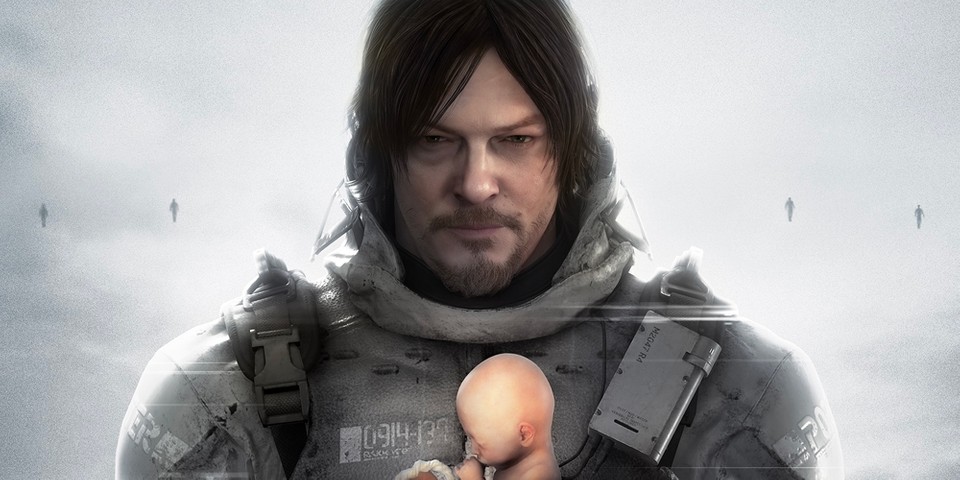 It’s very strange to revisit Death Stranding in a world where COVID-19 has become such an oppressive, overwhelming part of our lives. While the situation certainly has improved over the past year and a half, people are still being forced to stay in, work from home, and it’s not a stretch to say that it’s become a lot harder to maintain our bonds and connections with friends and family. Enter Death Stranding, the world’s first ever “social strand game”, which aims to explore the themes of human connection and isolation.

Death Stranding Director’s Cut builds upon the 2019 release with plenty of new bells and whistles, and little changes and improvements to make the early hours of the game more bearable. The setup is the same: you play as Sam Porter Bridges (wonderfully brought to life by Norman Reedus), who travels all over America to connect various outposts and bases to a chiral network, essentially bringing them back online for easier communication with the rest of the world.

I went over the narrative and thematic strengths of Death Stranding rather extensively in my original review so I won’t be rehashing the same points again, but it’s worth noting that even two years later, they still hold up fairly well. Yes, the story itself is still utter nonsense and not even the new missions in the Director’s Cut can salvage that, but it’s the themes and the performances of the actors that carry this game.

Especially now, the thematic focus on building bonds with people resonates very strongly even if they’re largely communicated in cheesy, hamfisted ways at times. The actors are totally committed to their characters, and that results in truly stellar performances from the cast across the board. If you hated Death Stranding for its story, the Director’s Cut won’t change your mind. But if you did enjoy the game for its other strengths, now could very well be the time to jump back in and revisit it.

The Director’s Cut’s biggest addition to the game is the new ruined factory location. It’s home to the new delivery missions that require Sam to infiltrate its basement to steal data, and it forces you to stealthily navigate around the MULEs who are busy patrolling the area. This, in and of itself, already serves as a huge improvement to the overall gameplay experience; one major complaint about the original game was that it was far too repetitive, and it often felt like you were just stuck in an endless cycle of fetch quests. There were combat encounters littered here and there, but combat was never a focus.

Combat… still isn’t a focus in Director’s Cut, but the ruined factory becomes available early on in the game and it feels so markedly different from the rest of the Death Stranding experience that I found myself looking forward to more of these missions as I progressed in the game.

Just the fact that these missions take place in an indoor facility already helps to break up the monotony of the game, as you spend the majority of your time in the great outdoors making deliveries. The factory missions don’t quite feel like the ultimate Metal Gear stealth experience Kojima fans might be looking for, but they’re still fun nonetheless. Whereas I barely even touched the Strand tool in my first playthrough, I find myself relying on it a lot more as I’m sneaking up on MULEs and trying to take them out quietly.

The missions are interspersed between the regular deliveries and they get progressively harder as you delve deeper into the factory. The environmental layouts become more complex, the MULEs start to present a greater challenge and their patrol routes become tougher to read; even as someone who found the repeated delivery runs and treks therapeutic, I looked forward to these missions and made sure to take them on whenever they became available.

In the original games, the MULEs were described as a faction of people who got high off stealing packages and they were waved off after that. While they do get a bit more screen time in the Director’s Cut, my overall impression of them as a random faction of humans that were tacked on to the game just to give it a bit more enemy variety hasn’t changed. If you’re a Death Stranding lore fiend, you’ll enjoy what the new missions have to offer especially as you get deeper into them. If you’re just a casual player who enjoys the game for its vibe rather than its narrative, well, the combat’s pretty fun. And these missions are completely optional anyway.

Even if you do end up skipping most of these missions –which I don’t recommend– there’s still plenty to enjoy in the Director’s Cut. The early hours are much more streamlined and accessible for new players and veterans alike; the power skeleton, which is easily the most invaluable tool in the entire game, becomes available much earlier than it was before. While most of the new gear is locked away in chapters 3 and beyond, the Maser Gun is also given to you very early on, and it’s a pretty damn fun tool to play around with.

The Maser Gun basically operates as a highly energized stun gun that zaps your foes with an electrical charge when you aim and fire it at them. It’s pretty much perfect for stealth encounters, and it’s just another great addition to Death Stranding’s fun repertoire of weapons. It’s become my go-to weapon next to the Bola Gun, and it’s also made the MULE encounters a lot more enjoyable.

Other cool additions include the Buddy Bot, which is basically a companion robot that helps carry cargo for you. There’s the Cargo Catapult, which lets you fire yourself (or other items) over long distances. Then there’s also the new racetracks feature, which lets you create tracks around the open-world, and you can set records with any vehicle in the game and compete online with other players.

These are all fun additions that are largely inconsequential, but they help make your deliveries feel a lot more efficient, which is a boon for anyone who didn’t really enjoy that aspect of the game.

Coming back to Death Stranding two years later hits different, considering the current global circumstances, but it’s also been a lovely reminder of how much I enjoyed the solitude that came with Sam’s long, lonely deliveries.

Death Stranding Director’s Cut continues to impress with its fearless commitment to fetch quests on top of fetch quests, and again, it’s not going to change your mind if you didn’t already buy into what it was selling back in 2019. But if you did, the Director’s Cut enhances and enriches that original experience, and you’ll be happy you jumped back into this one.