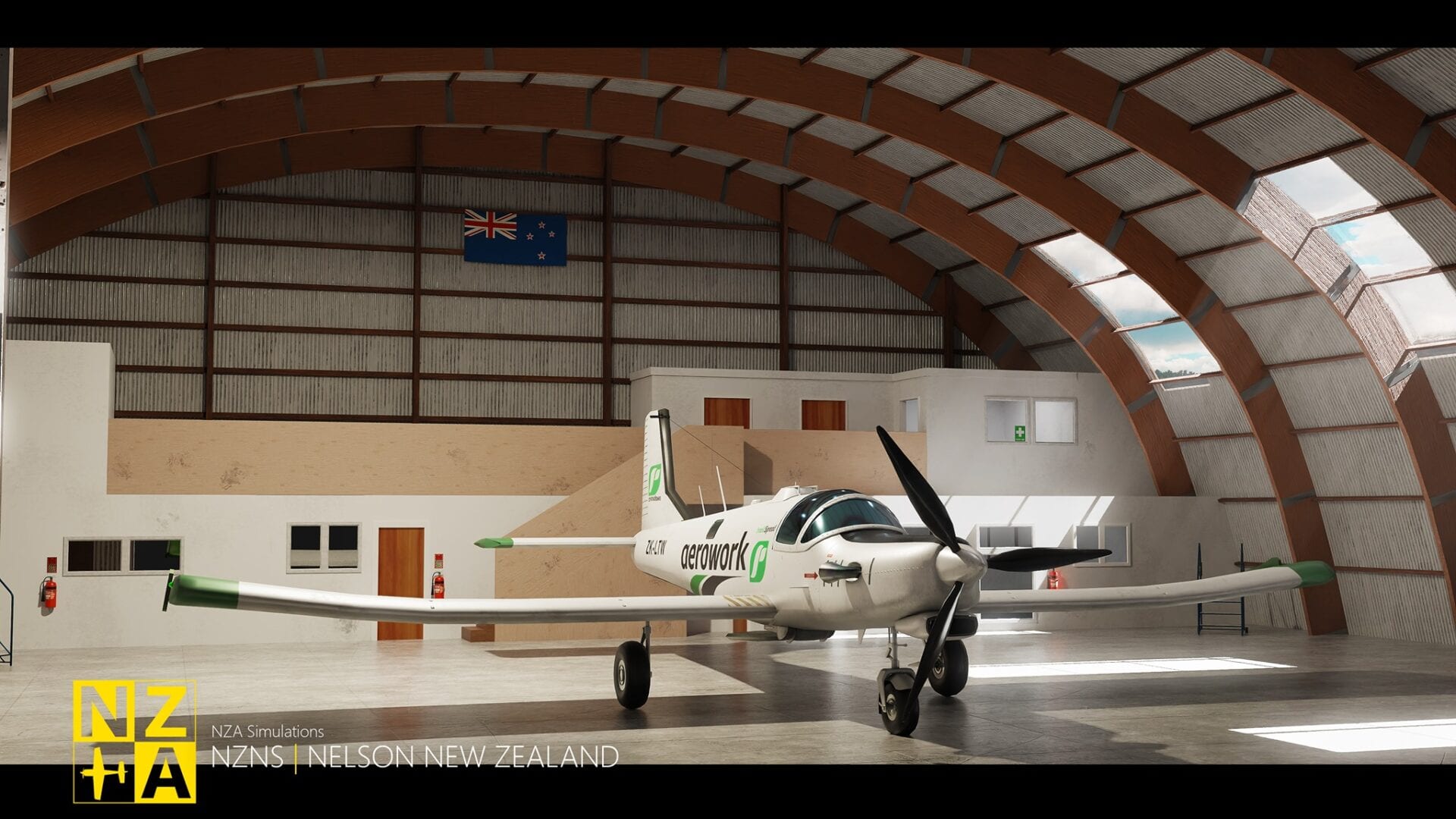 The developer revealed on its Facebook page that development has started on Nelson (NZNS) in New Zealand, which isn’t surprising since the country is NZA Simulations’ focus, as the name certainly suggests.

Below you can check out the first screenshot, alongside a real-life picture of the same scene.

Nelson is the sixth-busiest airport in New Zealand by passenger numbers, and it’s the home base of the regional airline Air Nelson. It’s also a relevant international airport for business jets.

At the moment, no info about release and pricing have been shared . All we know is that it’ll be a payware package, while NZA Simulations also offers a number of excellent freeware airports.