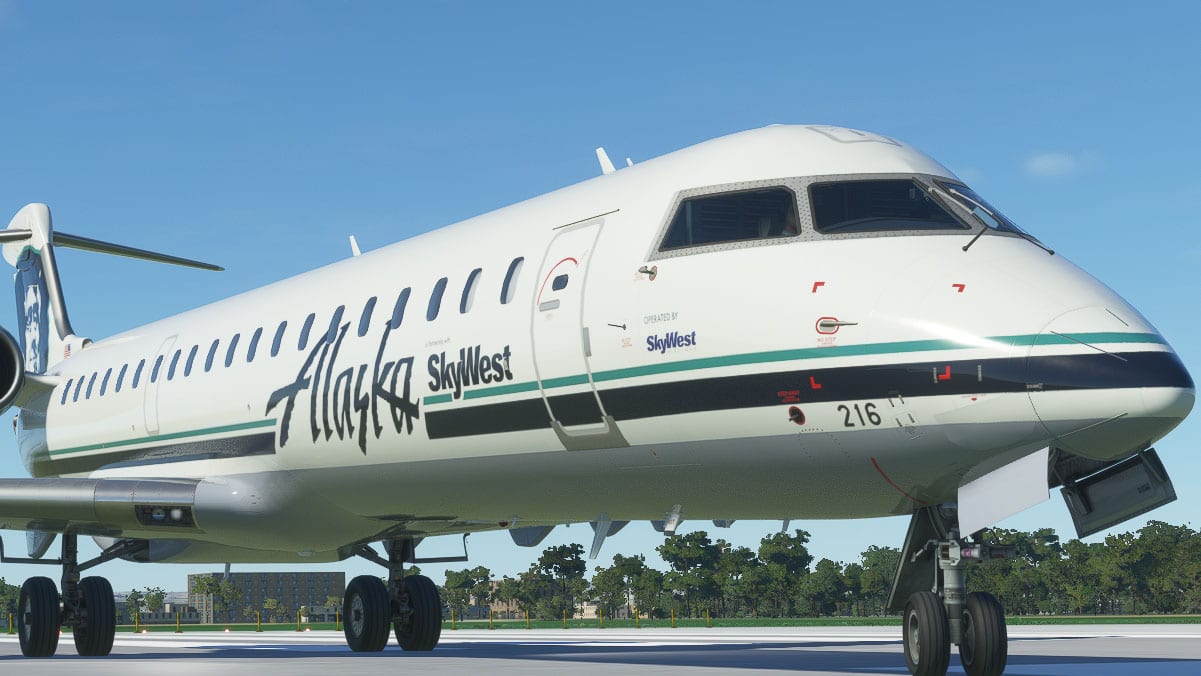 Today Aerosoft provided another look at its much-anticipated Bombardier CRJ add-on for Microsoft Flight Simulator, alongside information on the upcoming release.

First of all, we get to take a look at more screenshots of the CRJ-700 version in a brand new Alaska (operated by Skywest) livery.

On top of that, project manager Mathijs Kok mentioned that the add-on is “close to going to release candidate.” It certainly appears to be close.

“Quick note….. No need to F5 right now. It will be very clear when we are days from release. Right now things are going great.

I just completed the complete release document for our departments. That document helps to get every thing aligned. From the people who need to add the product to the shop pages, via the people who make the installers, the people who add it to the Microsoft shop, the marketing department, the server people (as they will need to get enough bandwidth) ending up with the support crew.

Fact is we are close to going to Release Candidate. That’s the one we share with our friends on other sites with permission to show and tell. At that moment only the smallest tweaks can be done, the code needs to be stable and mature a few days. It is the first time the code is shared with people who are no in our ‘circle of control’ so if there is anything our extremely extensive testing has not found we hope it pops up at that time.

People who know me will be surprised about this cautious attitude. I have always been a huge fan of releasing when we were happy and being honest with customers, see what bugs them most and focus on that. Releasing is just the moment when you start working to customer wishes and not on your own ideas. But this will simply not work well with this release. We are aiming at a a huge customer base, many of them will never have flown a more complex aircraft before. One with a few hundred pages of manuals.

We are fully happy with progress.”

It can be found on Aerosoft’s store for €13.27 including VAT. Below you can find a gallery and a feature list.

“Grenadines Islands Vol. 1 offers you the experience of inter-island connections between Union island and Carriacou, a perfect destination for GA flights or some commercial flights with STOL capacity planes such as the well-known Twin Otter.

Operations on Union represent a real challenge with its small runway of 750 m (2460 ft) and a hill in the axis it is the second most difficult airport in the Caribbean after the well-known Gustaf III Airport.”